This blog was inspired by my personal hero Steve Harvey and his award-winning book, “Act Like a Lady, Think Like a Man.”  Mr. Harvey taught me that women sometimes need men to tell them how to act, and it is a lesson I have taken to heart. 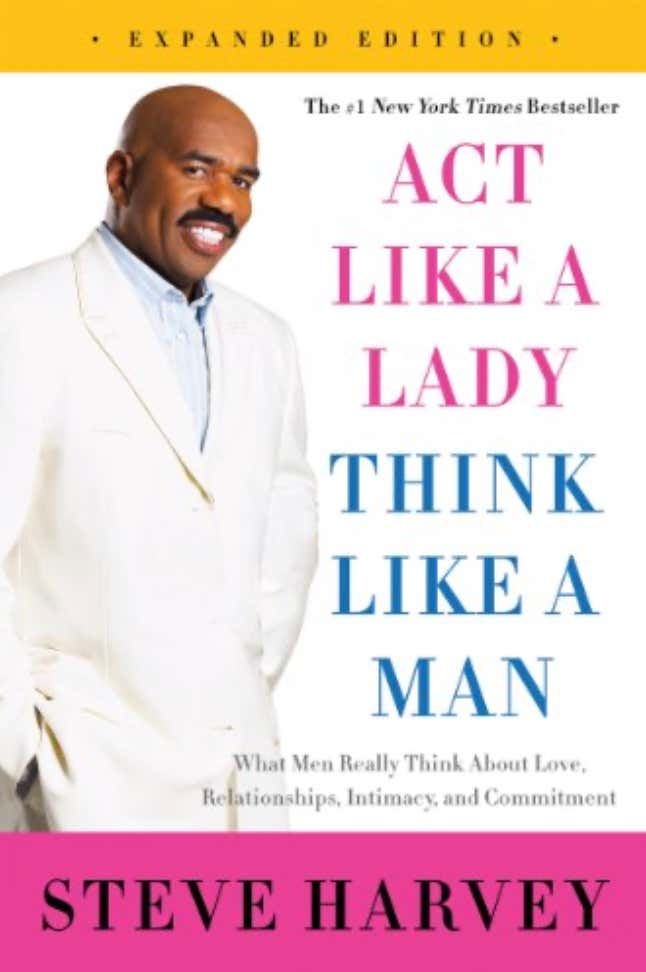 Thanksgiving can be a stressful time for women no matter what year it is. Considering everything that has happened so far in 2022, there’s reason to believe that this year’s get together could go completely off the rails. But no need to worry – I am here to help. Here are some Thanksgiving do’s and don’ts to help get you through the holiday.

Do: Make a turkey

Turkey is the most important part of any Thanksgiving meal. Make a turkey for you and your loved ones to enjoy.

Don’t: Forget to baste the turkey

Picture this: It’s 1:15pm, your family begins to show up from out of town. Your uncle Charlie arrives in a pilgrim’s hat with a comically large buckle on the front. He’s brought what everyone suspects is his mail-order Russian wife Svedlana to meet the family for the first time. Svedlana is wearing a Native American headdress that Charlie bought her at Party City. He’s painted her face firetruck red. She doesn’t know a lick of English. Everything is going perfect… Until… WAIT! You just remembered the turkey! You forgot to baste it! There’s no baste! The whole family boos and hisses. Cousin Steve is so angry he pukes. What a disaster! Who is going to eat a turkey that hasn’t been basted? Not me, not you, not Svedlana, not anybody. Be sure to baste your turkey ahead of time to avoid this scenario.

Do: Make a corn salad

There’s a lot that goes into preparing a Thanksgiving meal beyond the turkey. Having quality side dishes is just as important. Don’t get crazy and make one of those sweet potato casseroles with marshmallows on the top. Those creep everyone out. Play it safe and make a hot corn salad that everyone will enjoy.

Don’t: Ask your husband for help with dinner

I know there is a lot of work to be done, but your husband bet $1,000 on the Lions money line, and that requires his undivided attention. You were going to use that money to buy that new furnace you so desperately need. He was recently laid off from his job at Jos. A. Bank, and your substitute teaching opportunities have really slowed down recently, so you’re really hoping Jared Goff pulls it off this year.

Do: Offer to watch the children while the men play backyard football

After dinner it will be time for the men to play some good old-fashioned backyard tackle football. Your husband won his Lions bet on a last second field goal, so everyone is in good spirits. Be a dear and watch the little ones while the men have some well-deserved fun.`

Don’t: Explore your sexuality with Svedlana

The kids are tired from a big Thanksgiving meal. You turn on Cars 2 and they fall asleep within the first 20 minutes. Svedlana is the only other adult in the house. She rubbed up against your ass a few times as you were cleaning up, and you just brushed it off as a mistake. But now she’s making eyes at you. It’s not like you haven’t noticed her figure. Your husband hasn’t been as active in the bedroom since he quit drinking, and you’ve been yearning for sexual contact since July. It’s not worth it though. She is more than you can handle. You might not survive a romp with Svedlana. Go outside and keep score while the kids sleep.

Do: Make a French Silk pie for dessert

Everybody loves French Silk pie. It’s Oreo, it’s chocolate, it’s delicious. The men will be hungry after their football game. Unfortunately, your husband isn’t talking to you due to a disagreement about the score which you were unable to keep correctly. In hindsight you should have just taken your husband's side, but Cousin Steve was pretty adamant that his team was up a touchdown. Steve has been doing better since he completed his court-ordered anger management classes, but you didn't want push him over the edge. Calm the tensions with a delicious French Silk pie.

Don’t: Question Your Husband when he Decides 1 Glass of Wine will be ok

You've already fucked things up with that egregious scoring mistake. Don’t rock the boat when he pours himself a glass of wine in the 3rd quarter of the Giants/Cowboys game. He doubled down on his winnings, and now has $2,000 on the Cowboys (-9.5). Unfortunately, the Giants are winning by 21. It’s not his fault though. Daniel Jones is having the game of his life. Nobody could have possibly seen that coming. Not the mention the refs clearly have it out for the Cowboys. He just needs a drink to take the edge off.

Do: Get the kids to bed at a decent hour

Despite their mid-day nap, it’s been a long day for those little rascals. Things are heating up downstairs anyways. Svedlana is getting more and more aggressive with her sexual advances towards you, and Uncle Charlie seems into it. Your husband and Cousin Steve are now ripping shots of Fireball in the living room. It’s ok though, it is a holiday after all. Take the kids upstairs to bed and see if things calm down in about an hour.

Things have definitely not calmed down. Cousin Steve puked again – this time all over your cornucopia. Svedlana’s shirt is completely off at this point, and there is red paint everywhere.  Tensions are through the roof. Your husband decided to try and win his money back by betting Justin Jefferson over 87.5 receiving yards in the late game. Jefferson is coming off a poor performance against the Cowboys, and he's too good of a player to put up two stinkers in a row. It's a good bet.

Do: Find a hotel to take the kids to for a night

Things are bad. Like really bad. The Patriots have been bracketing Justin Jefferson all night, and he's had a couple of uncharacteristic drops. Things are starting to get racist. This is not a healthy environment for you and the children. There’s a Motel 6 across town that isn’t too expensive. That's important because it's starting to look like your husband tore his ACL in that game of football from earlier, and does not have insurance. Wake the kids up quietly and sneak out the front door.

Don’t: Bring Svedlana with you

As you buckle the kids in the backseat of your Dodge Grand Caravan, a fully nude Svedlana comes racing out the front door. She begs you to take her with you. You can’t understand a word she says, but you can sense the fear in her voice. She might be confessing her love for you as well, but you can’t be sure. Either way, that’s none of your business. Svedlana’s marital problems are between her and Uncle Charlie who is now inside fist fighting your Doberman. You peel out of the driveway and floor it down the road. You watch Svedlana slowly fade away in your rearview mirror and wonder what could have been. Maybe next year…

Do: Get a good night’s sleep

You’ve survived another Thanksgiving with the family! Pat yourself on the back and get a full 8 hours of sleep. You deserve it.

It is right around the corner and you have a lot of work to do in a short amount of time. Your husband has already volunteered you to cook everyone a Christmas Goose. Goose is expensive this time of year, so you might need to shoot one yourself. 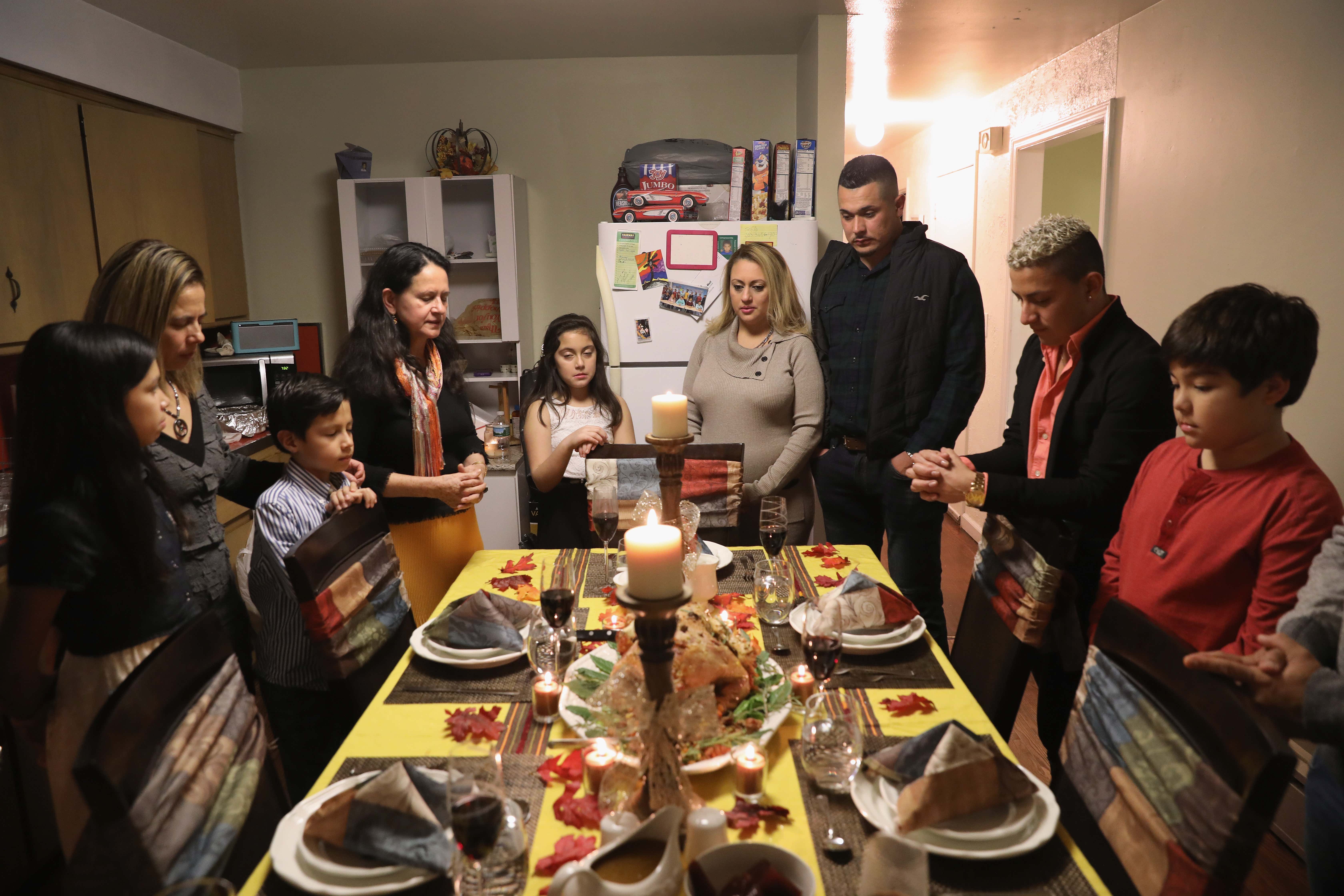