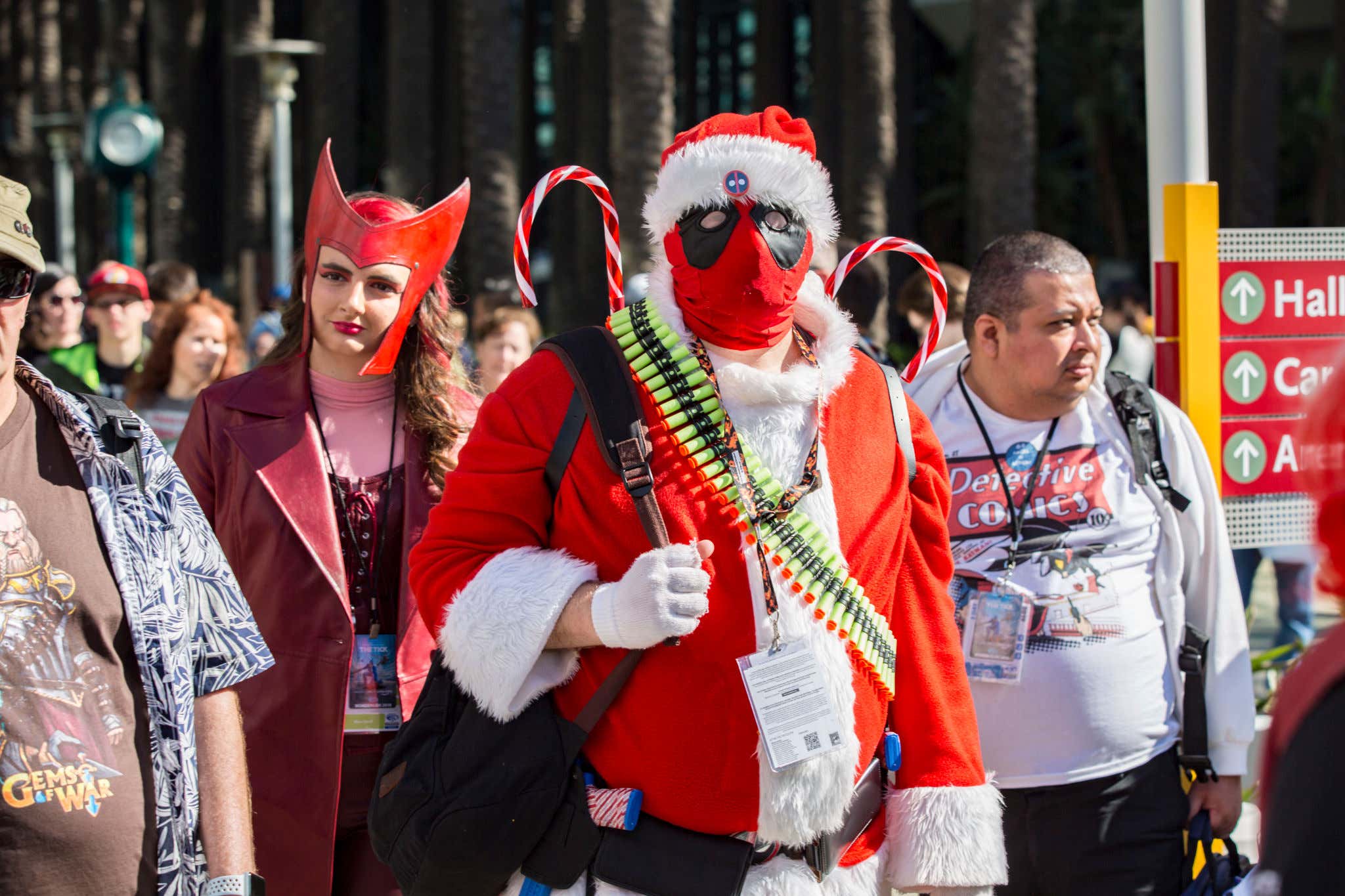 A quick bit of context before this mind-blowing quote from Ryan Reynolds drops below: He's asked about other films of his that could've been spruced up by any sort of musical number. Even as he goes on the promotional circuit for the Apple TV+ movie Spirited he costarred in with Will Ferrell, though, Reynolds can't help himself but bring up his most iconic character of all and somehow still tie it in to what he's promoting.

"I would love to see a song and dance number in a Deadpool movie. Four years ago [Deadpool co-writers] Rhett Reese, Paul Wernick and I wrote a Christmas movie starring Deadpool. But it got lost in the shuffle of Disney acquiring Fox and it never got made. Maybe one day we’ll get to make that movie. It’s not a musical, but it's a full Deadpool Christmas movie. So one day.”

Half the time you don't know if Reynolds is trolling everyone with some of the things he says, but trade publications are running with this information, and it sounds too specific to be made-up. It makes sense that a Deadpool Christmas movie would get lost in the shuffle during that whole Disney absorption of Fox. Disney is obviously family-friendly, the Marvel Cinematic Universe is its own, self-contained monolith, and the fourth-wall smashing, meta-quipping, vulgar-beyond-belief Deadpool would throw a wrench into all that to say the least.

But finally, Disney and Marvel gave Reynolds the go-ahead on Deadpool 3, releasing November 8, 2024, where he'll play the titular character opposite Hugh Jackman's Wolverine. Don't get me wrong — that is something any superhero fan should be beyond hyped for. I can't help but be intrigued by this Deadpool Christmas Spectacular that's just been sitting in a drawer/on a computer somewhere for almost a half-decade! WTF!?

We already had multiple tastes of this potential blend of the Merc with a Mouth and holiday cheer, prior to the first Deadpool film's release, and the sequel even returned to theaters in modified, PG-13 form titled Once Upon A Deadpool around Christmas despite an initial May 2018 bow.

Tell me there's not limitless potential here. You can clearly see the talent involved is passionate about this killer combo.

I can't see a scenario where the next Deadpool outing isn't a smash hit. With Disney+ releasing The Guardians of the Galaxy Holiday Special next week, too, there's no way Reynolds and his writing partners won't get their crack at pitching this Deadpool Christmas concept.

Ryan Reynolds is a scholar, a gentleman, a hell of a salesman and business entrepreneur…and let's all be grateful that he leaked that Deadpool footage many moons ago or none of this delightful, irreverent antihero's greatness would've seen the light of day. Now, particularly after that She-Hulk finale (IYKYK), it feels like anything's possible in the MCU once Deadpool smashes his fist through the Multiverse Saga.