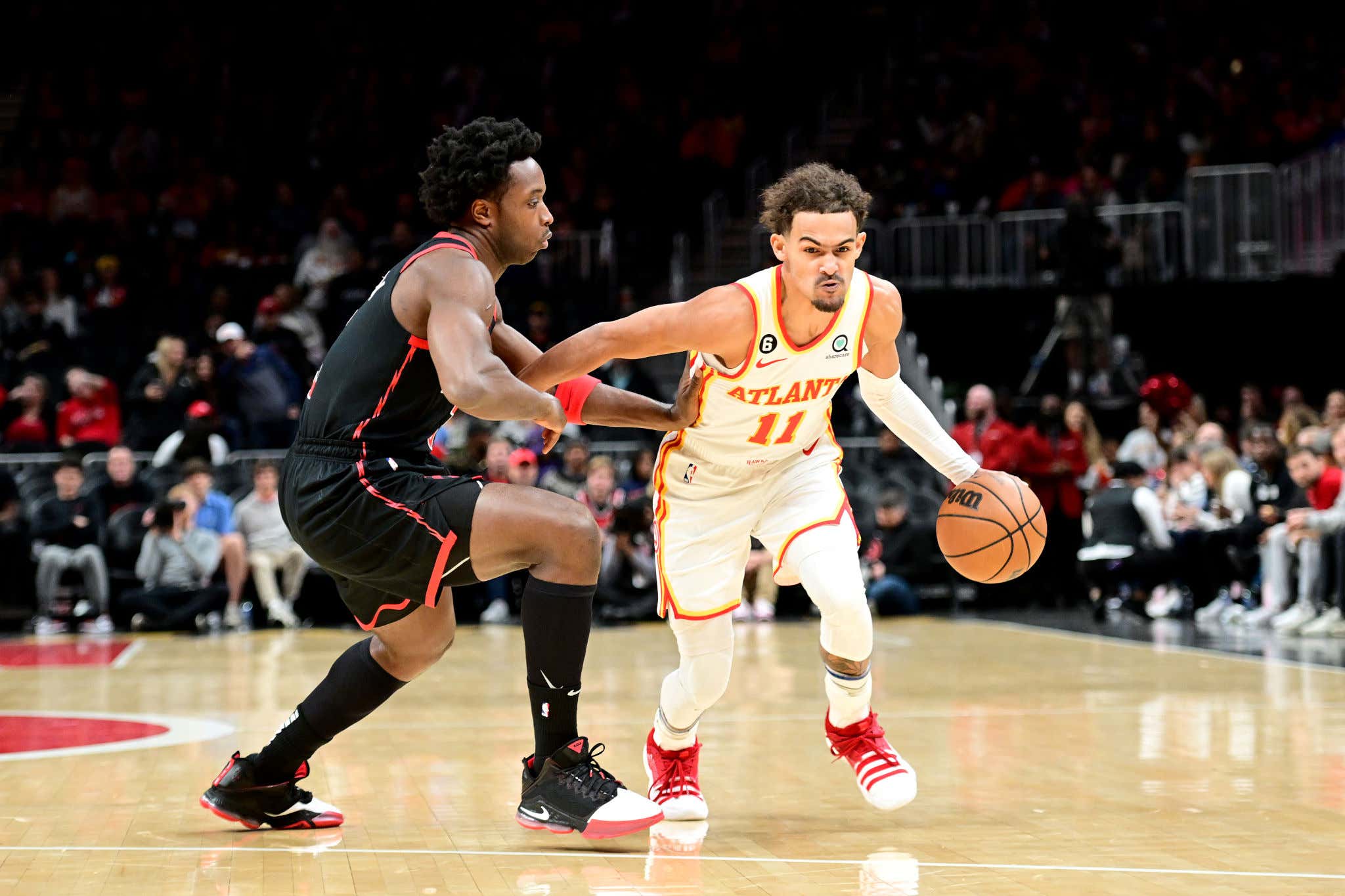 While most of you are probably watching college football, we had some insanity go down in Atlanta tonight between the Hawks and Raptors. In what was a back and forth game for most of the way, the Hawks found themselves down 8 with about 2 minutes left in the fourth quarter. After storming back to tie thing, all the Raptors had to do was make a layup in the final seconds to steal the win. Instead, we had chaos

I don't know how Scottie Barnes doesn't dunk that basketball. What is with all these teams playing the Hawks in the final seconds of games and then flat out forgetting you're allowed to dunk the ball? Ben Simmons, Scottie Barnes, it's all the same. Just dunk it! I can only imagine what it was like to watch that all unfold for both fanbases. Talk about a wave of emotion.

Instead we were blessed with some free basketball and man did that not disappoint either.

After a back and forth OT, the Raptors went to the line with 3.8 seconds left to tie the game. Big time pressure FTs no doubt about it. OG Anunoby calmly knocked them down. You're probably thinking we're heading to 2OT since the Hawks didn't have a timeout to advance the ball.

Wrong. 3.8 was more than enough for Trae Young and AJ Griffin

What an INCREDIBLE play from everyone involved on the Hawks side. With Trae being face guarded, great decision by Dejounte Murray to go for the ball and then INSTANTLY find Trae who was on the move. Once he got to half court with about 2.4 left I was sure we were going to get a Trae Young logo three for the win. Why not? That's a shot we know he can make.

Instead, he kept his head up, realized that every single Raptor forgot about AJ Griffin and he instead threw an absolutely perfect lob for the win. I cannot imagine better execution than that play when you need to go 94 feet in 3.8 seconds. The Basketball Gods reward good ball movement and in the biggest moment of the game, Trae decided to be unselfish and they were rewarded.

On the other end, brutal loss for TOR. Bad time to have a breakdown defensively, and you can't help but think Scottie Barnes is going to be sick over that missed layup. He dunks that ball there's probably no OT and no game winning lob. That's tough, but that's also the NBA. You need to execute for a full 48, and if you don't weird shit can happen.

The win kept the Hawks in the current 3 seed in the East while the Raptors are bunched up with a few other underachieving teams so far that are stuck in the Play In. These head to head matchups will always be important because you never know what tie breaker you might need come the Spring, and it's possible that playoff seeing between these two could come back to what happened in those 3.8 seconds.