Well, boys. It's the second to last Sunday of the month, which can only mean one thing! We're dumping out asses today! Let's get ASS chant in the comment section! ASS! ASS! ASS! ASS!

I'm extremely disappointed in the refs at the World Cup. I woke up bright and early to catch the 11am opening match between Qatar and Ecuador. I was promised a fully rigged competition. I was very much looking forward to watching the referees lead Qatar to a victory. It started off so well too. Within 3 minutes, Ecuador scored an extremely clean, very on-sides goal, and the refs called it back for offsides. It was exactly what I was hoping for.

I had this though the other day. Are people from New Mexico referred to as New Mexicans? That doesn't quite sound right to me. If I have a friend who lives in Santa Fe, and he comes to visit me, can I say, "My friend is coming to the party later, he's a New Mexican." I think that's technically correct. It really doesn't sound good when you criticize them though. Typically, you can talk shit about states all you want. If I wanted to say, "I can't stand Californians", or "New Yorkers are so annoying", that's not really going to offend anyone. But what if I said, "I'm sick of these New Mexicans".. that doesn't sound great.

I really wanted the word "neigh" to catch on for Colts fans. Because a colt is a baby horse, and horses say "neigh". I've tweeted/blogged about it a few times. However, the feedback has been mostly negative. I've come to realize that most Colts fans don't want to do bits when cheering for their team. I can't relate to those people, but I respect their stance on the matter. Regardless, I submitted this t-shirt design to our merch team. 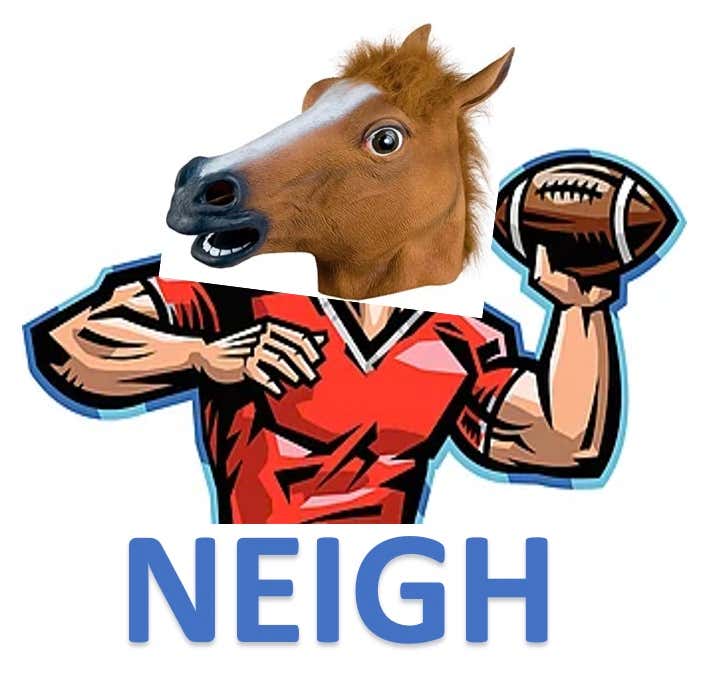 Obviously our graphics design team would have to clean it up (make the jersey blue, use better font, attach the horse's head to the player's body, etc.), but I'm sure they can make it look nice.

Long story short, if I want to get the "neigh" shirts approved, I need to prove that I can sell some of our current Colts merchandise first. Luckily, with a small push from me, I think these Matty Ice shirts will fly off the shelves. 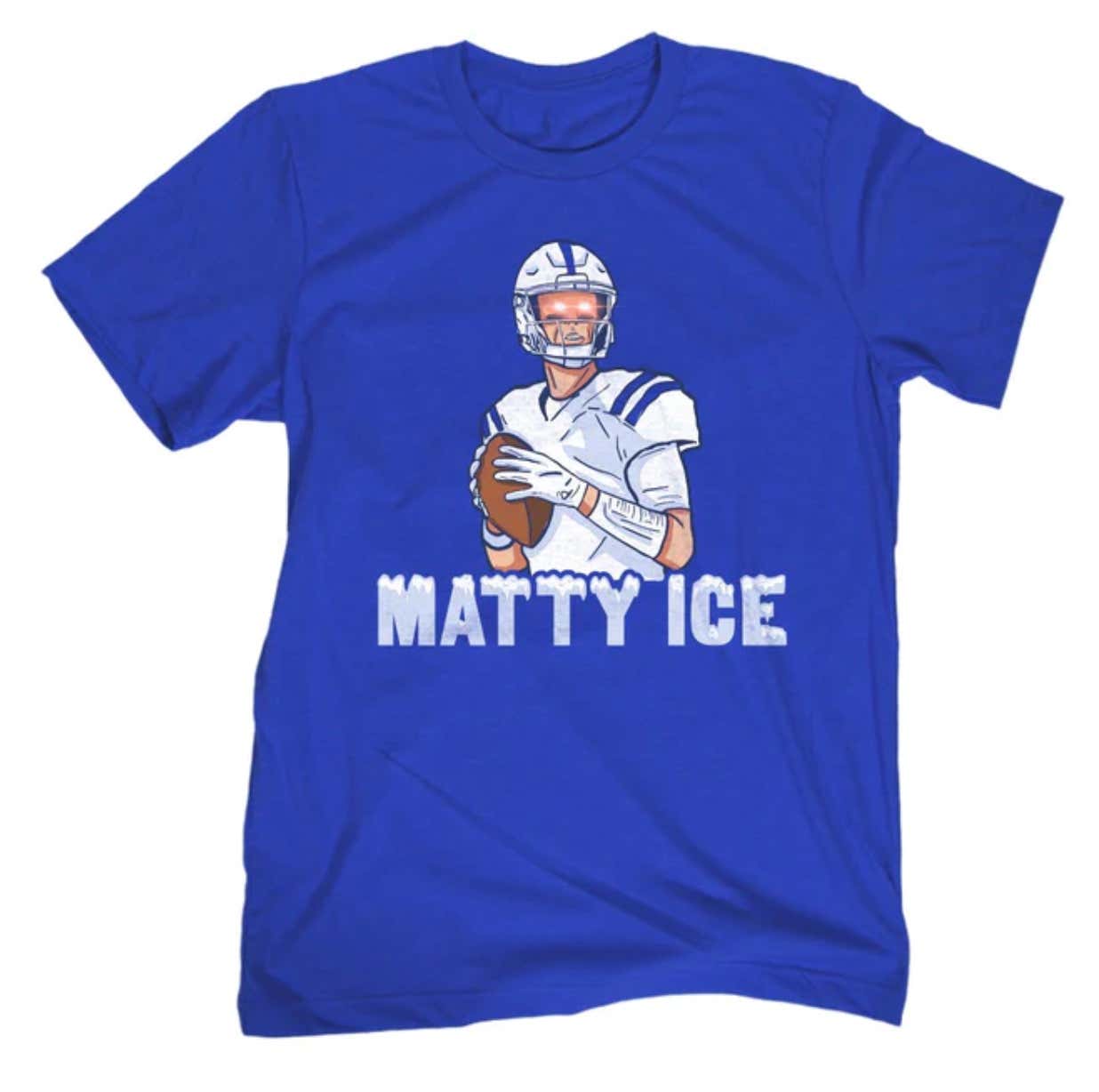 One final football related question before I wrap up this asses blog. If you're watching football, and the team you are rooting against comes out in the wildcat formation, what is your initial reaction? I always feel relief, because I know exactly what they're going to do (run the ball). I know it works sometimes, but I bet that most people have the same reaction I do. And if that's the reaction everyone has, then why are teams still running it?

Maybe there's some stats out there that would prove me wrong. All I'm saying is if I were a coach, and the opposing team lined up in wildcat, I would be happy because I know what's coming. Just based on that alone, it seems like something that isn't worth doing. Just hand the ball off like an adult.