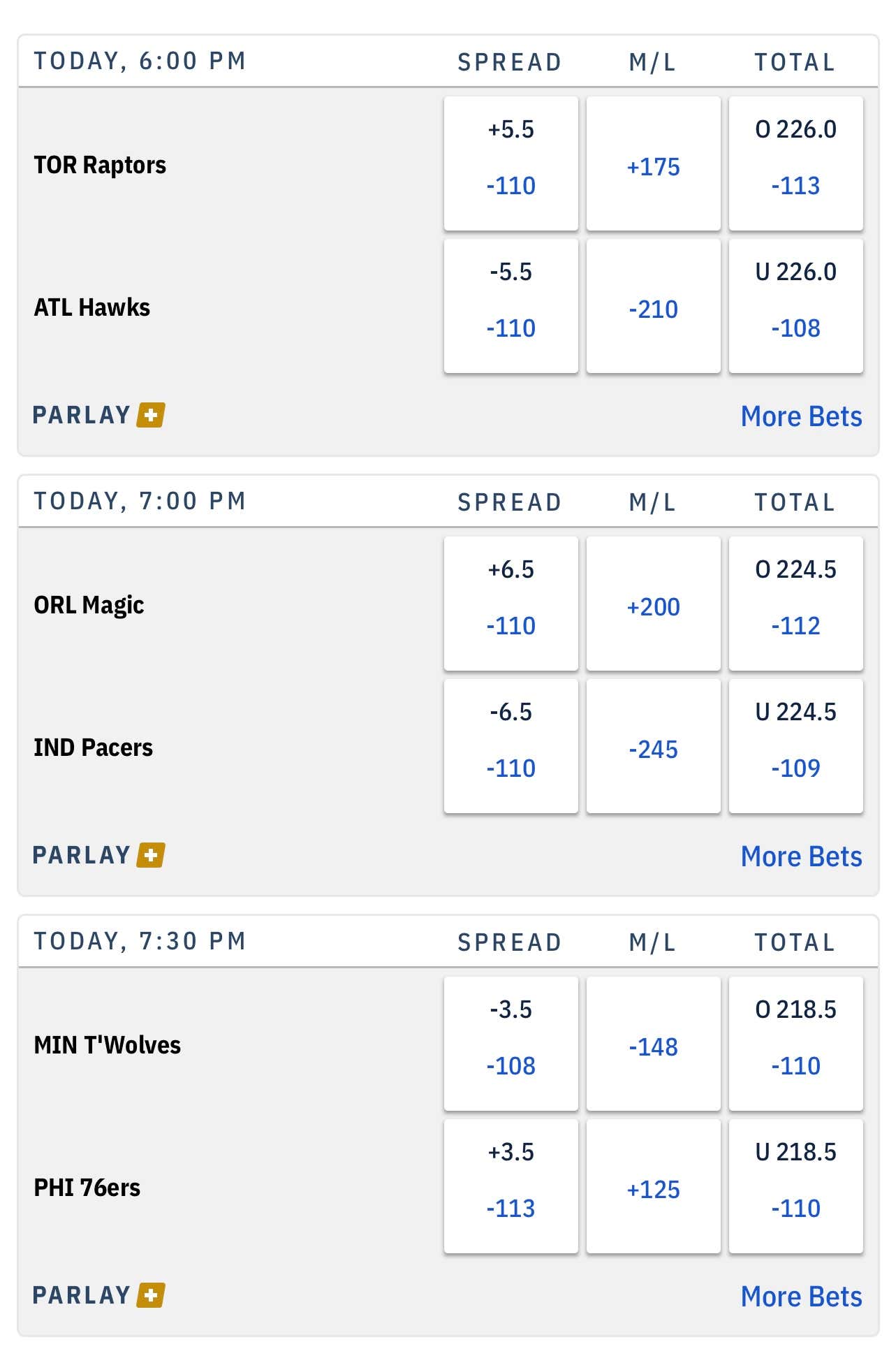 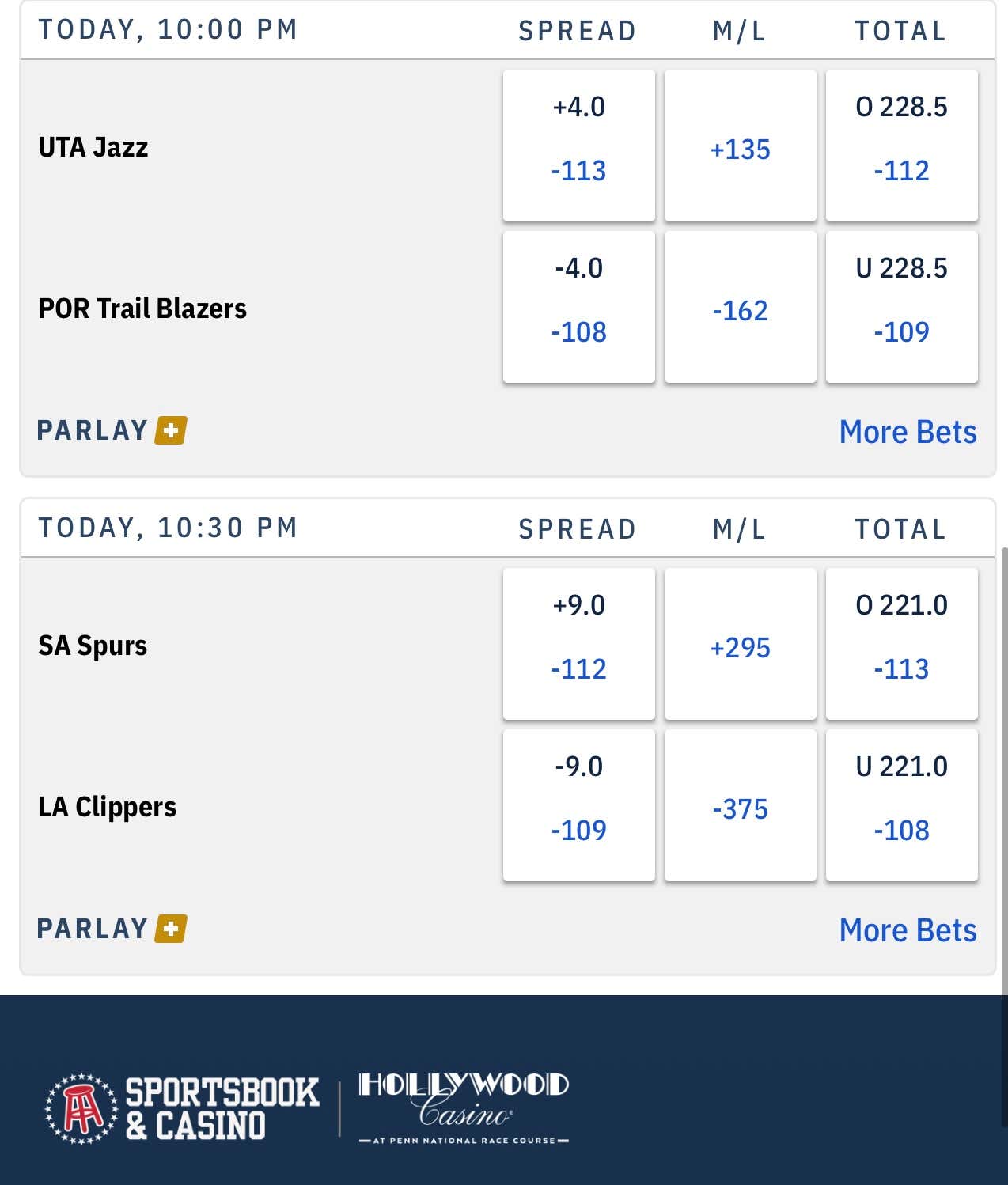 It's a college football Saturday but that doesn't mean the action is limited to the gridiron. Just because Baylor and Illinois couldn't finish the job today doesn't mean that you won't. You put up an MVP performance at the bar last night and unlike some of these load management pussies in the NBA you're not scared of a little back-to-back action, are you?

So what you blacked out and left your card at the bar. Every set back is just a set up for a comeback.

Let's make you some money so when you pick up that card you can buy a round of shots and and maybe finally talk to a girl. Tonight's the night you find that special lady to listen about how Jaden Ivey saved your parlay earlier this week. I can feel it.

As always these odds are from the Barstool Sportsbook, where you should always place your bets or you might end up on Pres' list of people he hates. 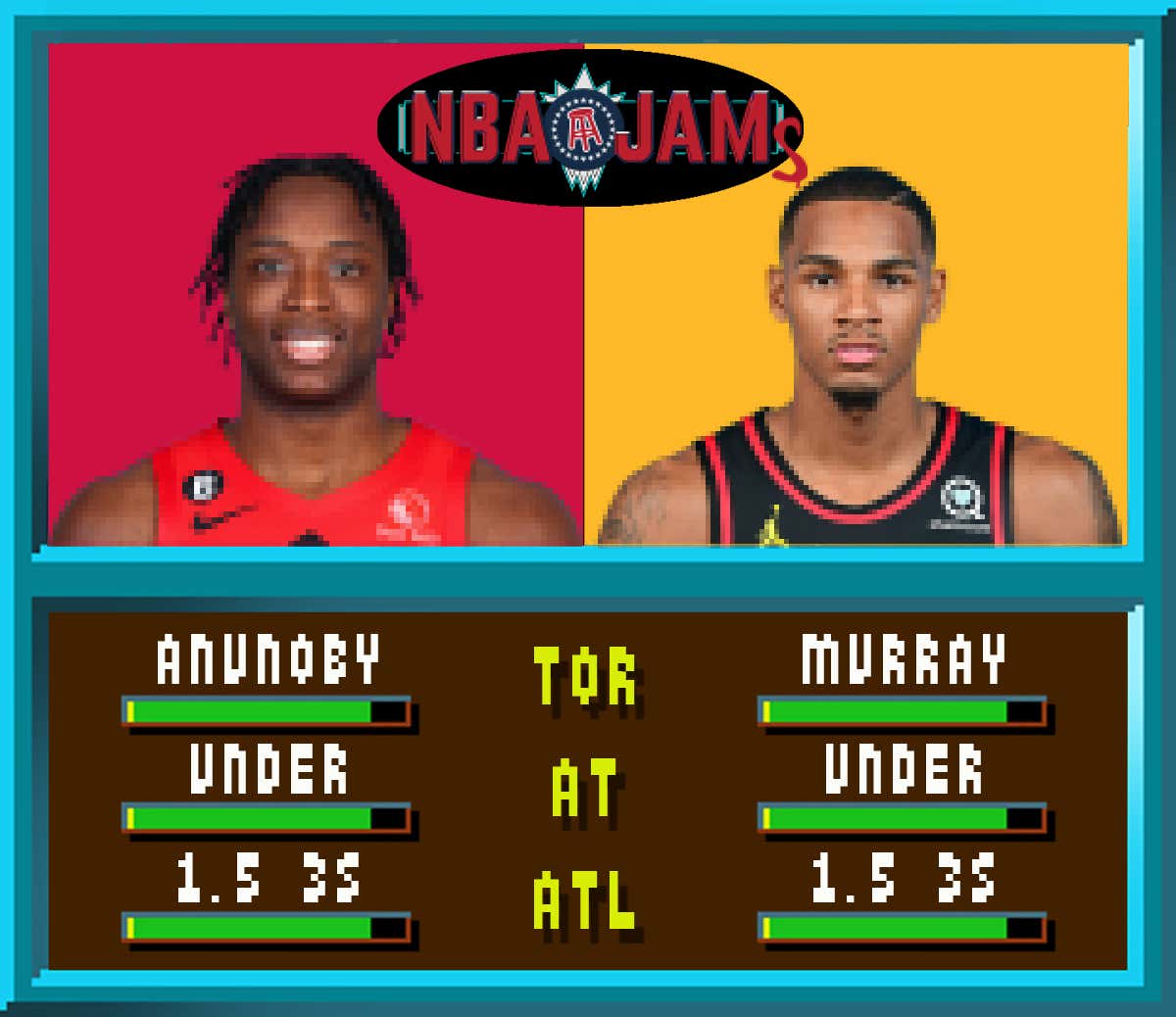 While Toronto is middle of the road in defensive rating, opponents 3 point percentage, and opponents 3 pointers attempted, they are surprisingly good at locking down opposing guards. They lead the league in limiting guards in just about every major stat category.

Dejounte Murray is a career 32% three point shooter and only averages 1.8 makes per game on the season. Give me Murray under 1.5 threes made.

Atlanta, on the other hand is 3rd in opposing 3 point percentage and top 10 in limiting attempts. They are bottom 10 in the NBA in opponents points in the paint which means OG Anunoby will probably focus more on getting to the rack rather than launching 3s. He averages just 1.8 makes per game and has only had multiple 3s in one of his last 4 games.

Let's just be real: It's hard to make threes at a high clip when you were eating Magic City wings and dropping Benjamins on thicc'ems until the wee hours of the night. The Atlanta flu is undefeated. 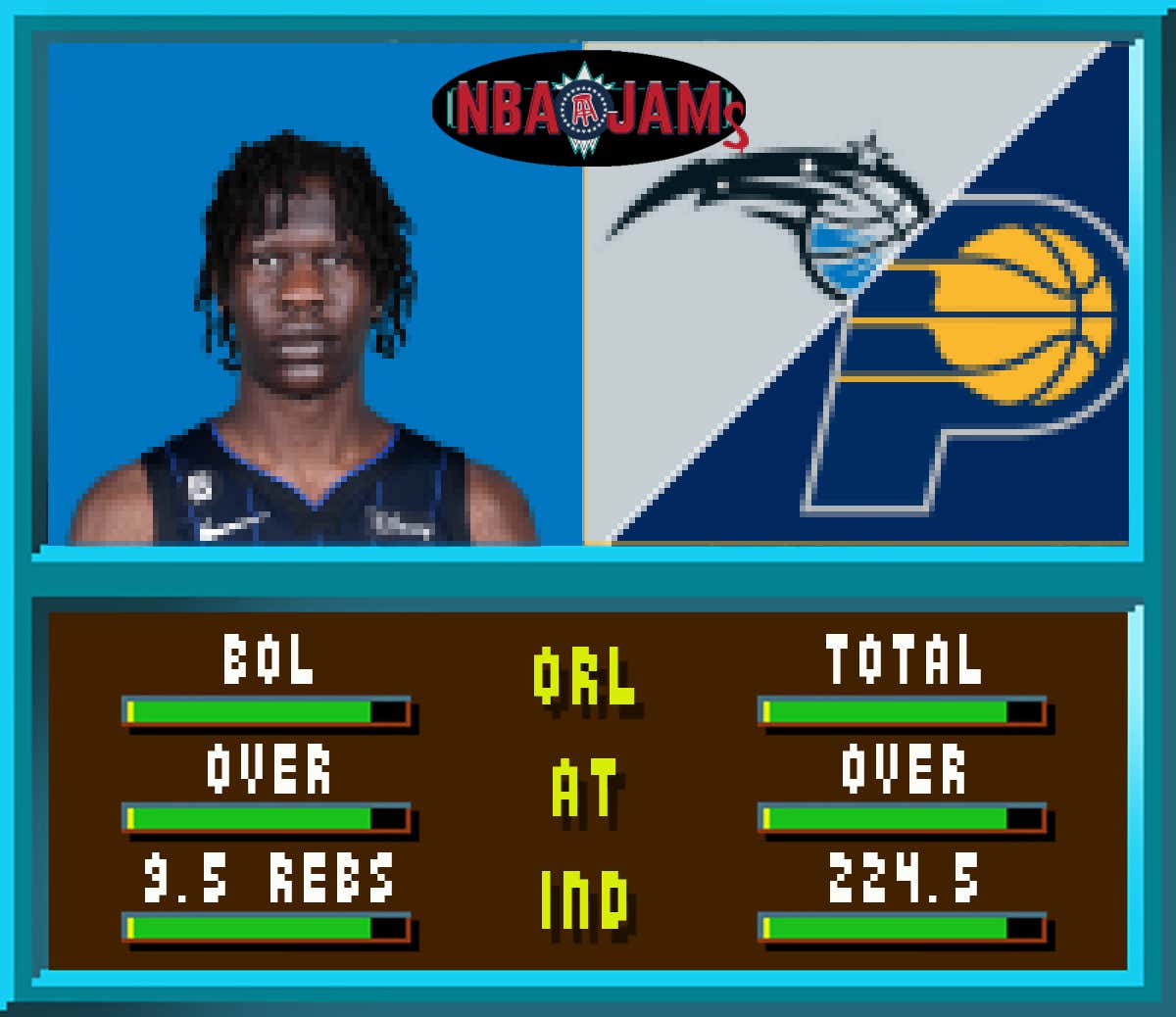 Indiana had to grind their way back for a win against Houston last night. They were down 15 after one and trailed by as many as 20 in that game. The Magic, on the other hand, snagged an impressive one point victory in Chicago last night with Banchero still out.

These are two of the bottom nine defensive efficiency teams in the league. These teams have had three combined back-to-backs this season and all of those second games went well over this number. Take the over here.

Bol Bol might look like Slenderman with a really killer tan but he has recorded 21.6% usage and a 27.3% defensive rebounding rate in 30.4 minutes per game since Banchero got injured and has double digit rebounds in three of his last four games. The only game he didn't he still recorded 9. Add that to sloppy shooting on the second night of a back-to-back and I'll take Bol with over 9.5 rebounds. 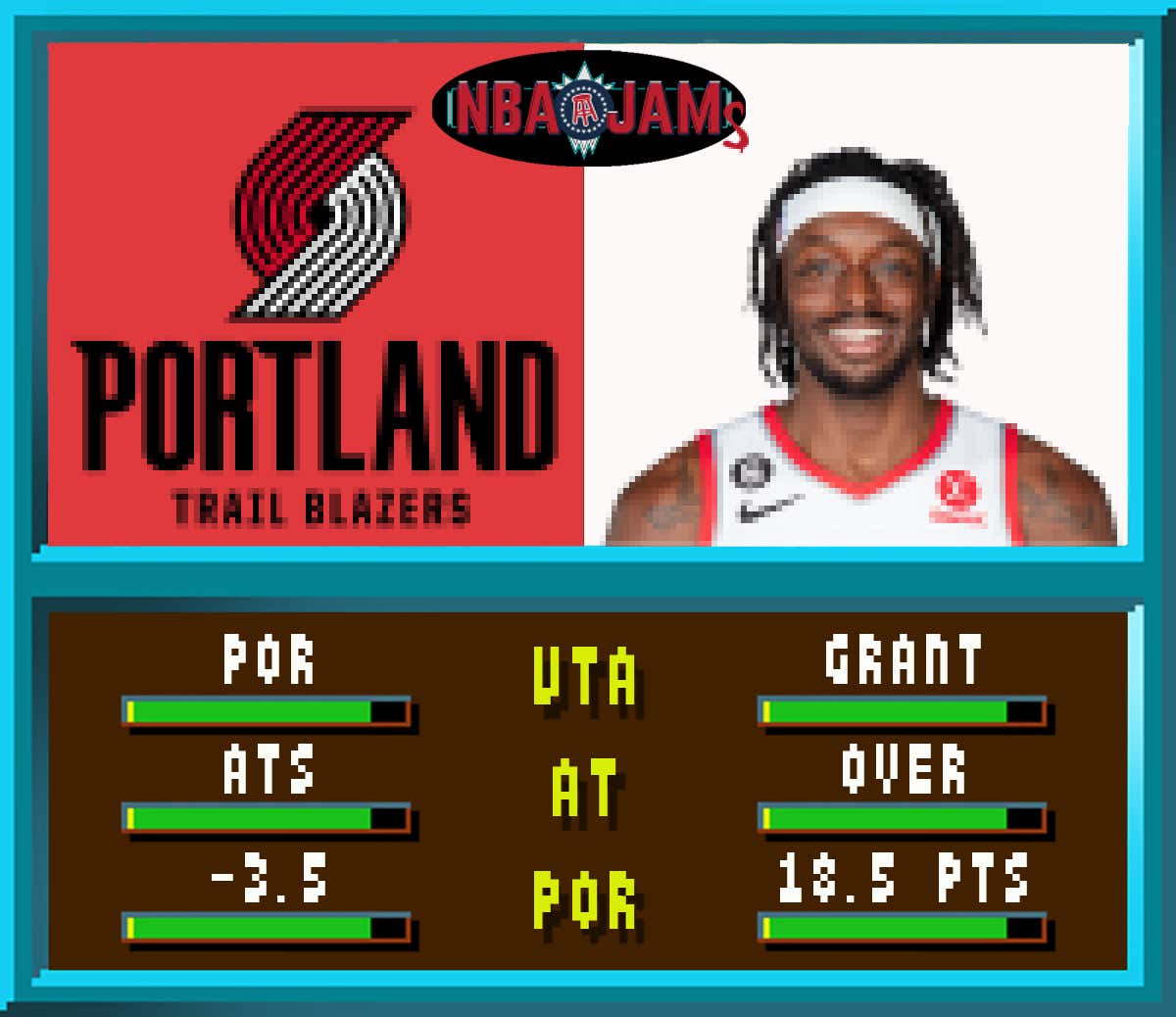 This number feels way too low after Utah also had an emotional win over Phoenix last night that came down to the wire. Emotional wins in the first nights of back-to-backs usually lead to tired legs in the second. plus Utah is allowing 117 points per 100 possessions. over their last five games.

What Utah has done is impressive considering this is the most castoffs they have taken in since Joseph Smith came to town. Despite all that, the defense looks to be more smoke and mirrors than reality…ironically also like Joseph Smith.

Portland, on the other hand, is coming off a tough loss to the Nets on Thursday and Lillard will be in war mode.

Jerami Grant has scored more than 18 points in 6 of his last 8 games. One of those games was was Thursday when he had an absolute disastrous shooting night. The other time he failed to score at least 19 points he played just 25 minutes and still scored 14.