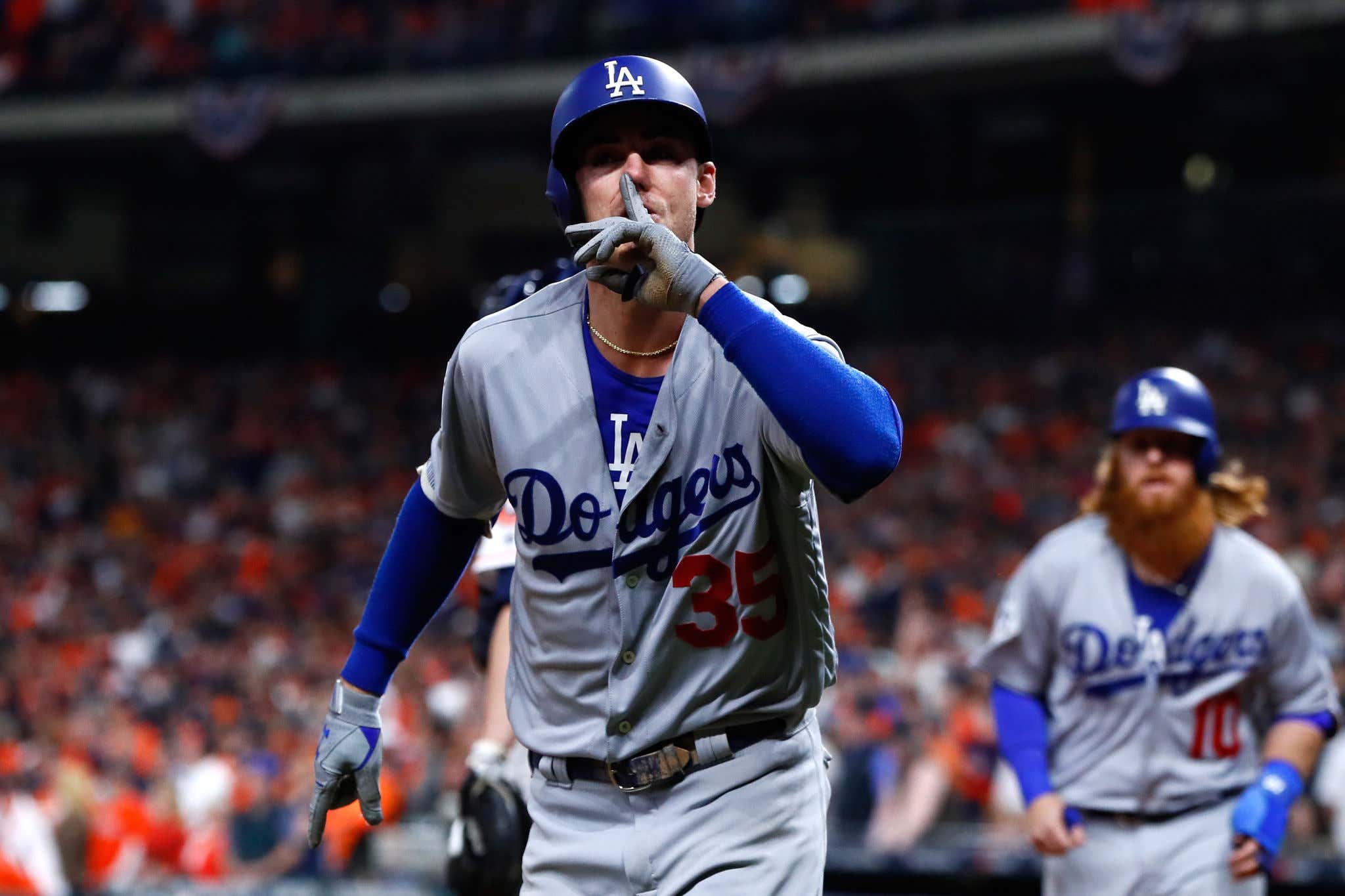 Cody Bellinger's rise and fall has been one of the stranger things to follow in baseball over the last three seasons.

Is it really all due to the repeated shoulder injuries that zapped his bat? Was he a juiced ball merchant? Is there something deeper we're not privy to? Whatever the reason, it's beyond perplexing and it's caused the Dodgers to non-tender the two-time All Star and render him a free agent.

Bellinger is 27 years old so he's going to find a new home somewhere. There's gotta be a handful of teams that think they can fix his swing and get him back on track. There's so much fucking talent in this guy to tap into for it to go to waste like this. At his worst he's still a very good glove and excellent speed on the bases. That's obviously not what you want when you're signing Cody Bellinger, but there's still use for him in some ways I suppose if the offense never rebounds. It has to come back though, right? I mean what are we talking about? Someone has to figure this out and get this dude cooking again. Look at what the reward could look like. He's the ultimate low risk high reward candidate on the market right now.

I will say in an age where guys are getting contracts left and right to buy out arb years and gain job security, it's crazy Andrew Friedman didn't lock up Bellinger before this downfall. A rookie of the year followed up with an MVP award just two years later and no extension followed. Gotta wonder if that was Belly's doing or Friedman being cautious. Welp, he'll always have this homer. Dodgers don't win the WS without it.