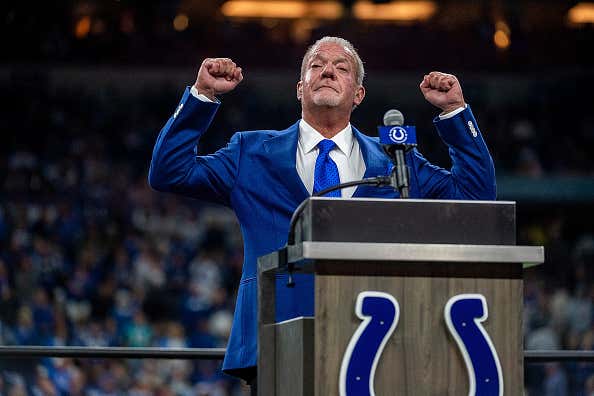 It doesn't take any sort of investigation to see that the Indianapolis Colts are a far better managed team after two weeks with Jeff Saturday vs Frank Reich. Saturday won his first game while basically still walking off the tarmac and played the Philadelphia Eagles hard last Sunday until the waning moments. But that's not stopping the Fritz Pollard Alliance's ongoing investigation to determine "whether the hiring process conformed with NFL Hiring Guidelines".

This entire situation has been pure unintended comedy by just about everyone involved. I couldn't resist jumping in to conduct my own investigation to get to the bottom of… well, whatever exactly the FPA is trying to get to the bottom of. Here's the synopsis - You have what was a colossal shit show of a team that headlined one of the most hilarious Thursday Night football games ever vs the Broncos. You have an owner in Jim Irsay who incoherently rambled in his press conference introducing Jeff Saturday like some Leslie Nielson character. You have the Rooney Rule partner organization sniffing up Irsay's butt to determine if some “guidelines” were not followed despite the NFL confirming no rules were broken. And finally, you have Jeff Saturday after just two games proving to all the old school football nimbos like Bill Cowher that - yeah - head coaching experience doesn't really mean jack shit.

Everything about this is amazing. The best part of this odd ball investigation is that no specific "guideline" has been identified that might have been broken which pretty much tells me they are still in the process of making something up. But perhaps there was some unspoken bro-code that we are not privy to.

Things only get sillier when you realize the "bona fide" internal candidates with head coaching experience on the Colts are John Fox and Gus Bradley. That should pretty much wrap the investigation up right there. Close up the manila folder and file this one in the "Had Some Down Time - Needed Something To Do" drawer. I legit had no idea either of these guys were still coaching at any capacity in the NFL. Turns out Bradley is the Defensive Coordinator and Fox is the "Senior Assistant of Defense" (SAD). But I'm a due process guy - so I kept the manila folder open and did my due diligence to see if a case can be made here for either candidate. You can't really say the other assistants on the team who lack head coaching experience should have a leg up because Saturday was a contracted consultant anyway. OK sure, maybe he was a 1099 vs having a cubicle in the office and being pressured to attend holiday luncheons, but same same.

To determine if either Fox or Bradley deserved another chance at the helm I sanctioned myself to conduct the perfect statistical analysis to produce the results I wanted to see which I can only assume is standard protocol for things such as this. But the key is that it has to make some sense on it's face. So, I identified every inactive head coach since 1970 and crunched their win percentage from only the last team they coached. The idea is that if they sucked at their last job they must have lost their edge. 110 coaches met the criteria and listed below are the 50 worst by win percentages with their last team. Get ready - if we're going to find Fox or Bradley from this already trimmed down list, we're going DEEP down this Mariana Trench. 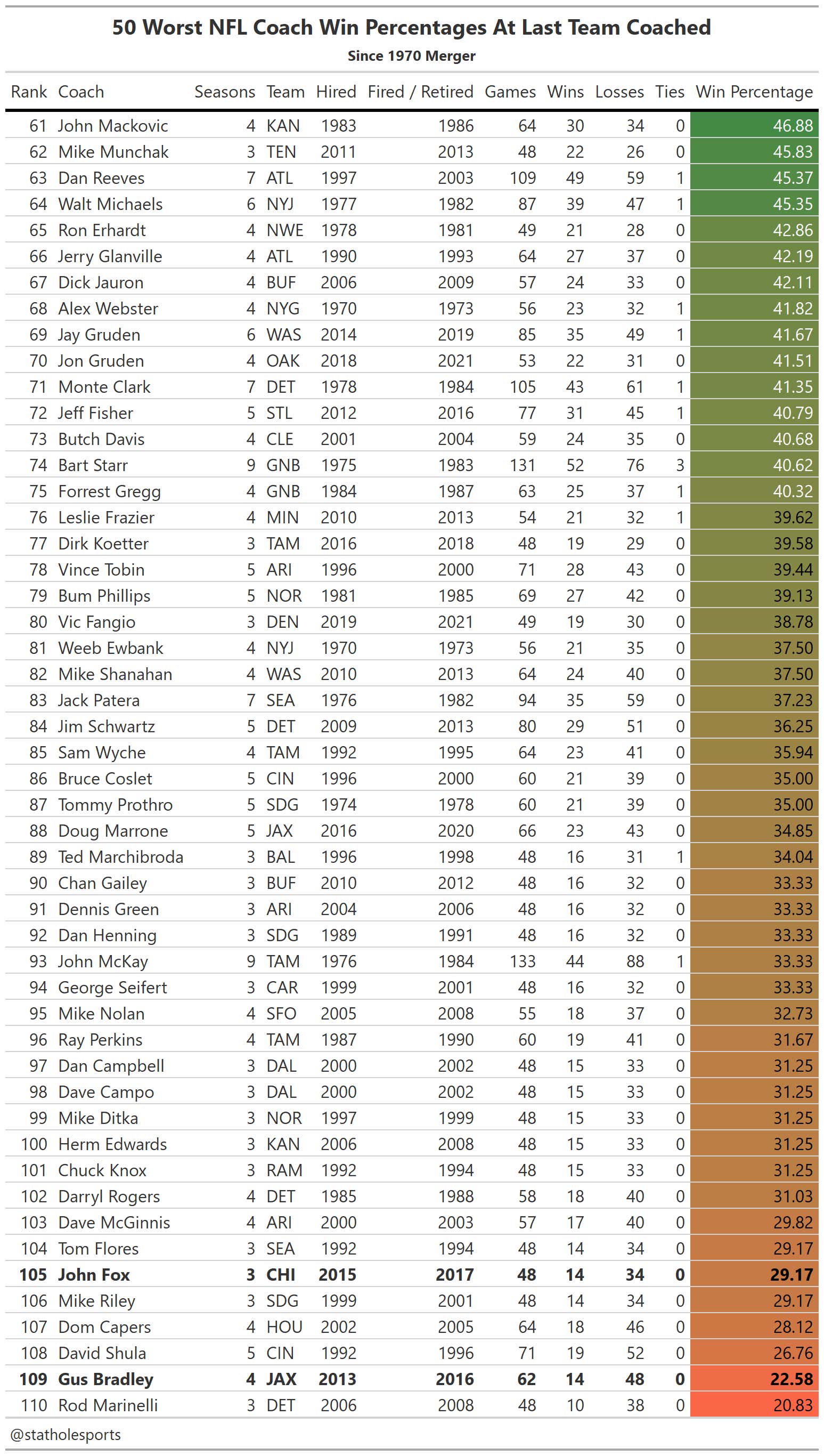 I think we can go ahead and officially close the manila folder now - these guys are washed. 105 out of 110 is the best either could muster. With election season having just passed I think we can all relate to Irsay looking at these options everyone was trying to ram down his throat and deciding on "anyone else". You might question why he allowed the hiring of such bums on his staff in the first place, but that can easy be explained by realizing some people are really good in an assistant role while being immense failures as a head coach. Just ask any Raiders fan. It's a thing. So it's plausible that Irsay found a suitable non clock-management role for someone like John Fox and a coloring playbook of X's and O's for Gus Bradley to draw in the corner.

So kudos to Jim Irsay. Everyone (including me) treated him like a total idiot after that press conference, but really he was just a maverick who knew deep down Saturday was the guy that could take this team back to the upper quartile of the upper quartile. Case closed.