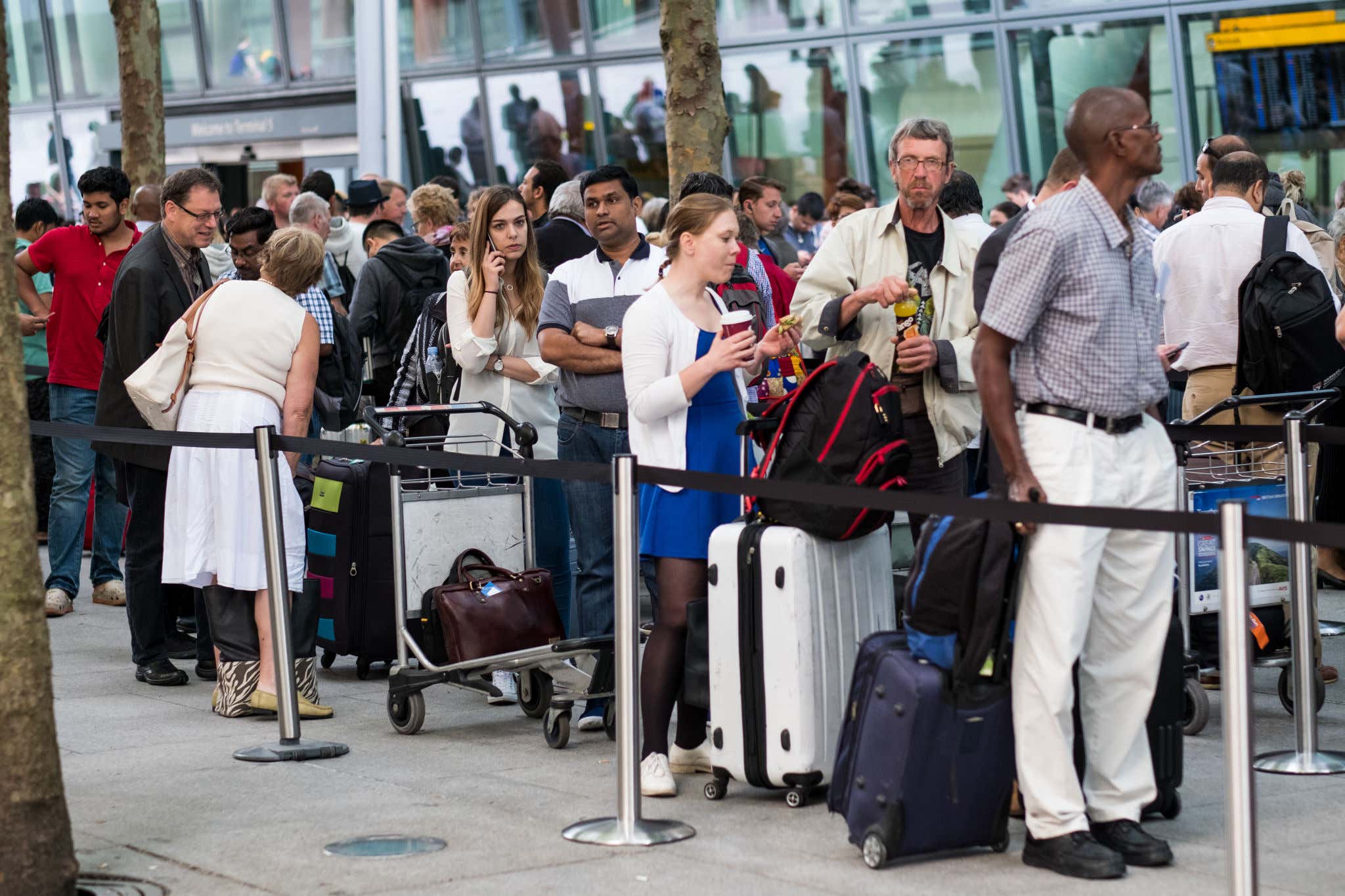 Here's a thought as I watch the Taylor Swift ticket saga unfold day after day. Why do we not have to wait in line for things anymore?

I may be dating myself here so all you young bucks reading this bear with me on this one. At one point in time when you really wanted things you had to wait in line to get them. Concert tickets were one of those things people waited in line for the most.

People even camped out for tickets.

Another thing people waited in line for that I just recently essentially no longer exists as much as it did…sneakers.

There was a pair of kicks I wanted about 2 years ago. They were not a limited release, or what I thought would be difficult to obtain. I called the store the day before they came out and they said they actually weren't getting any physical pairs of the sneakers in the store. I was amazed and thought they were mistaken. I reached out to someone in the business and asked for clarification. He told me that essentially yes the actual release of sneakers had shifted to most online. The days of camping out overnight etc were kind of dead. You go on an app and log in and hope it hits your cart.

That's boring and leads to too many problems. People have bots, special links, all sorts of corrupt shit.

You want to see if people really want something?

Make them wait on a line.

It's as simple as that. I fucking hate lines. LEGIT HATE LINES. I wouldn't last 2 minutes on a line. You know who would though? A lunatic 15 year old fan for Taylor Swift. Or a guy who has been waiting for that exclusive Jordan for 10 years. Lines show dedication. Lines test your patience. Lines separate the tough from the weak. Lines will decide real fast who really wants those tickets or shoes, or video game or toy etc.

And if you notice, the places that still truly operate on lines have no issues.

Bakeries on the holidays .You cannot roll out of bed and think you are getting Prosciutto bread from Royal Crown if you ain't on line early. And your family knows the deal too. You show up to Easter with no bread and they ask what happened you say " I got there at 11am they were sold out."  Your family immediately responds … "YOU SHOWED UP WHEN? ARE YOU FUCKING HIGH WHAT DID YOU EXPECT?" Why do they say this? Because they know the deal. There's gonna be a line and it's truly first come first serve. No cuts, no bullshit.

You know what place still has a true line and doesn't give a shit if you are a king, a peasant or in between….THE DMV.

You go to the DMV and you take a number like the rest of the world. No one gets greased at the DMV, no one skips the line, no one gets special treatment. You wait in line and you get seen. It's what this country was built on.

I'm probably in over my head with the logistics of it all. But my idea is let each arena handle their tickets. So for The Taylor Swift show at Metlife Stadium, announce a date for tickets and if someone wants to line up a month beforehand, so be it. But the only way you get tickets is to be on that line. You will watch the people who want to really be there separate from the people who don't.

I also think this will eliminate the resale scumbags who jack up the prices. There will be way less people selling their tickets for profit because the fans bought them. Now don't get me wrong, some people will sell them but I bet it's likely because they have an oblo like a wedding or something pop up, not because they want to price gouge. (if you are looking for last minute tickets … download the Gametime App and use promo code Pickem!) Real fans is what artists want in the arena anyway, why not create a process to keep everyone happy?

Listen, I don't know if this will solve all the problems with tickets or sneakers or toys or video games etc. But I know that maybe sometimes to move forward you have to go backwards. Maybe all this technology is hurting us. Maybe we need to make people line up for shit again. See who really wants it. That's just me. I think when the lines went away, the problems arrived. Maybe it's time we change that up.

PS- It was very nice of Taylor Swift to call in to Kirk Minihane's show this week and address the situation.