The $EBR crew is known to be a problem for the Barstool Sportsbook with our winning ways in European Hockey and the NHL mostly…but the World Cup is starting and running for a month which provides many things.

This is a preview blog about the group format that starts off the tournament and we will give group winners with the odds from the Barstool Sportsbook.  I may have not said this but I love football, it truly is a fantastic sport that allows you to zone out for 90 minutes without commercials and relax. Now I know the times in the states will be tough with the West coast having the early wake up time at 5 am but come on it's the world cup. 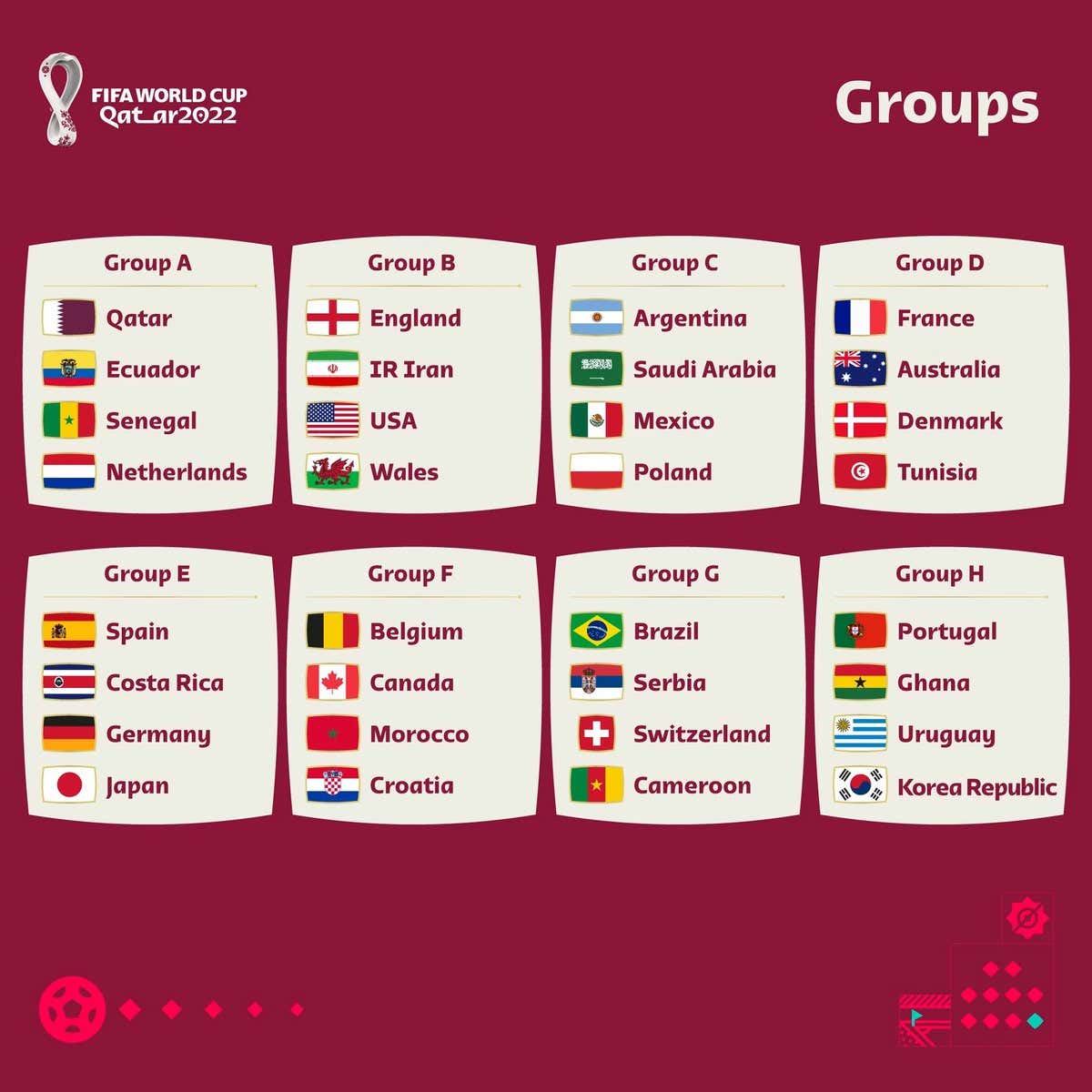 France -215: The title of this blog is harsh but true. There is no other team that is more drama orientated than France and it starts with Mbappe. Talented? Yes, the Worst locker room guy in history? Maybe top 5. If France does not blow out Australia and Mbappe starts the game and does not score there will be chaos around this team. They all want the spotlight but the most important player is hurt and he is also the quietest N'golo Kante.

They most likely will win their group since it is the weakest from top to bottom but mark my words there will be drama. Who will handle the free-kick duties? Who steps up to the spot on a penalty kick? These are mostly settled on other teams but with the egos, on this squad, it will be fireworks.

Goal Scorer: Karim Benzema (Real Madrid) He is a top 5 scorer in the world and is happy to be back in the squad since he blackmailed a teammate with a sex tape. Yes, you read that right but his talent is undeniable.

Denmark +250: The last time the world saw the Danes in Euros they endured a panic moment with midfielder Christian Eriksen almost dying but the team rallied and thankfully Christian is back on the squad.  The Danes are solid and can play with anyone when they are in good form with their only competition in the group being France.  This team does not dive on the ground and the work rate is tops.

Goal Scorer: Kasper Dolberg (Sevilla) The Danes really have no issue scoring and Kasper can have a big tournament. There is a concern with his form since he has not performed well in Sevilla but with a weak group, he could exploit the lack of defense and net a few.

Tunisia +1200: Tunisia understand they are a long shot and are not as talented or loaded with the big names but they play hard and are a real danger on the counter.  They will make teams work hard to get good chances and do not care about the time of possession. When teams get up the field and lose shape they can counter and win as seen against Chile in the friendly.

Goal Scorer: Wahbi Khazri (Montpellier) He is undoubtedly the best threat going forward and has some extra motivation against France which is his birthplace.  If Tunisia wants to score, he will have to be nails.

Australia +1800: The Socceroos will look to be the surprise of the tourney. Basically, everyone has them finishing dead last in their group but being a positive person they are on a 5-game-unbeaten streak. There is hope with France’s injuries that maybe they can catch them off guard in the first game with the sun shining in the eyes of the goalie. The most important and best player is the goalie, Matt Ryan, who has the ability to steal games but it is a tall task for sure.

Goal Scorer: Jamie Maclaren, (Melbourne City)  He has 8 goals on the season down under so he is in good form. He is a physical player that uses his head well on crosses. Can he create space against the big boys? He helped me win numerous bets on the Australian domestic league games when I was living in South Korea.