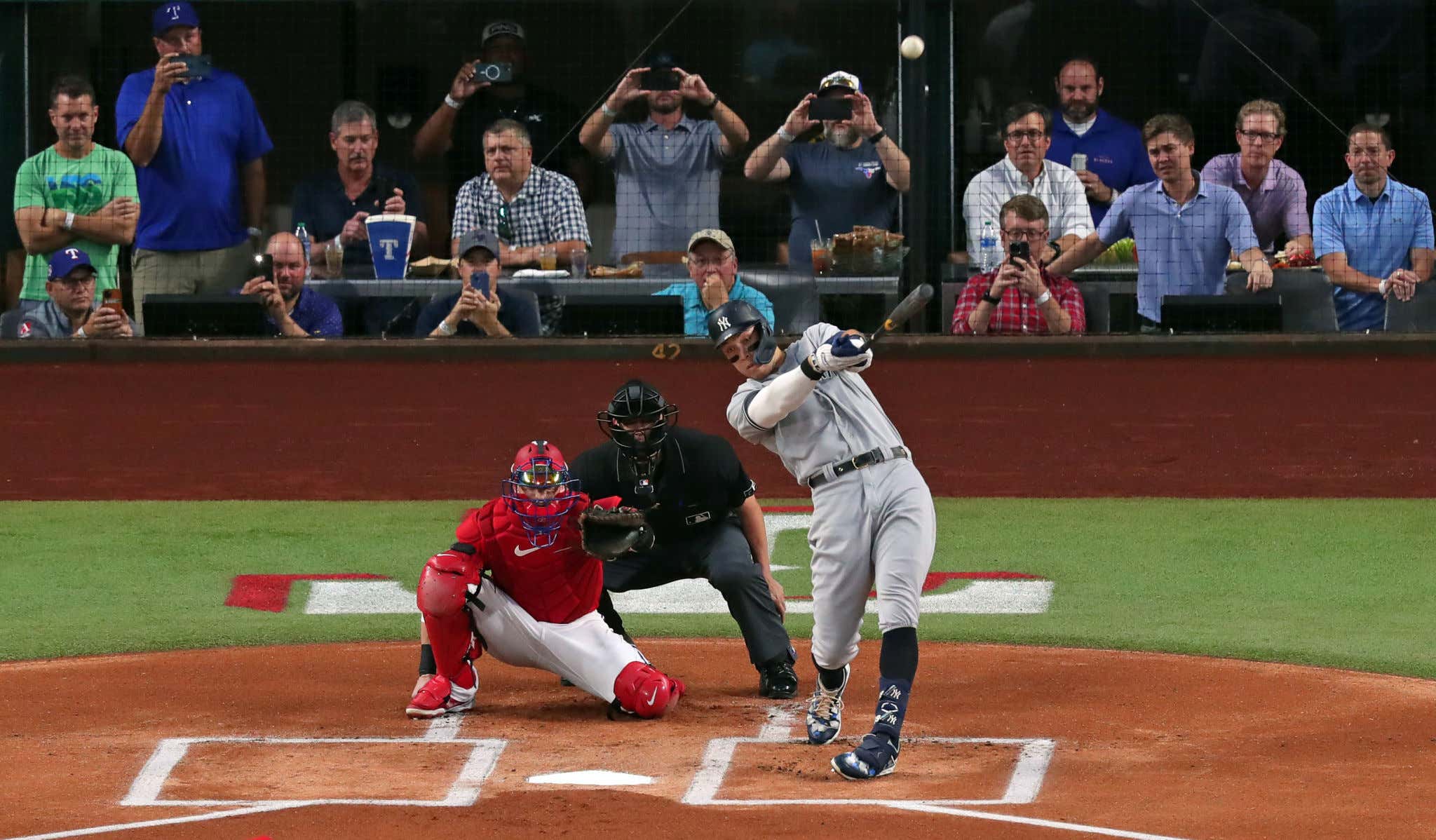 Aaron Judge's record-setting 62nd home run ball is headed to auction later this month, with the attorney for the Texas man who caught it telling ESPN he already turned down a $3 million offer for the prize snagged Oct. 4 at Globe Life Field in Arlington, Texas.

Cory Youmans, a 35-year-old from Dallas, told ESPN that "after weeks of a lot of deep conversations" with his wife, sports reporter Bri Amaranthus, and his lawyer, Dave Baron, they decided to sell the ball with the Goldin Auctions house.

Remember the fella who snagged Aaron Judge's record breaking 62nd home run ball? Well, a little over a month later we've got the full story as the prized ball is now headed to auction.

First of all, how about this guy turning down $3 million? That takes some serious balls, but it very well may be the smart move based on the information he's getting. If it were me I'm taking that cash without hesitation.

"We've already had an offer for $3 million," said Baron, Youmans' attorney. "Talking to the auction people, they don't really commit to a number, but they said it just could be significantly higher based on New York, the New York fan base and how crazy it could get at an auction."

Secondly, good on him for actually leaving the stadium with the ball instead of exchanging it for some signed jerseys and tickets. He didn't panic and did exactly what he should have done. Now he's hopefully about to cash in.

We now also have the real story about who Cory Youmans actually is. When the story first broke about the identity of this gentleman most people rolled their eyes finding out he's a Vice President for Fisher Investments. Well, if you use your brain you'd realize that doesn't pencil him in as a millionaire. Fisher Investments is a HUGE company that has a ton of VPs. Youmans explains here…

The social media speculation alluding to Youmans' wealth, he said, was spurious. While he does work in financial services, he said, "We are not millionaires, and we enjoy the $3 red blend from Trader Joe's as much as anything." He and Amaranthus, he said, have been saving to buy their first house, and Youmans hopes to build a shop for his grandfather, a retired welder who works on classic cars, recently celebrated his 50th wedding anniversary and had been planning to move.

Cory was unfortunately diagnosed with melanoma earlier in the year and has been going through some shit. Pretty cool he was able to have a great moment after what's certainly been a rough go of things.

After being diagnosed with melanoma earlier this year, Youmans said he and Amaranthus refocused their priorities, vowing to travel the world. "Meeting people from different cultures is a major priority for us at this stage of life," Youmans said, and selling the ball would allow for such adventures.

Youmans said he contacted the foundation and that its "mission really resonates with me: to inspire children to have hope for their future. "It's a full-circle moment for me," Youmans said, "because 25 years ago, I would have benefited from their help and would love to pay it forward."

What am I getting at? Good for this lad getting his hands on the ball. People are quick to try and tear someone down for anything. For Christ's sake they leaked this dude's address on social media and caused him to sleep at a friend's place to avoid any issues the night he caught it. The moment that Fisher Investments VP info gained traction there were quite a few people rolling their eyes at an insanely rich guy stumbling himself into even more money. Not the case here. Also him saying this about Judge makes him a winner in my book.

"This game was all about seeing Aaron Judge in person," Youmans said. "I am still in awe of his ability. As a baseball fan and an American, I'm just so happy Aaron is the face of America's pastime. It's his moment, and he's the right man for it."

Here's to hoping the ball sells for a record-breaking amount of money so Cory and his wife Bri, a former Bachelor contestant and current local sports reporter, can get themselves a nice house and get to travel the world a bit.