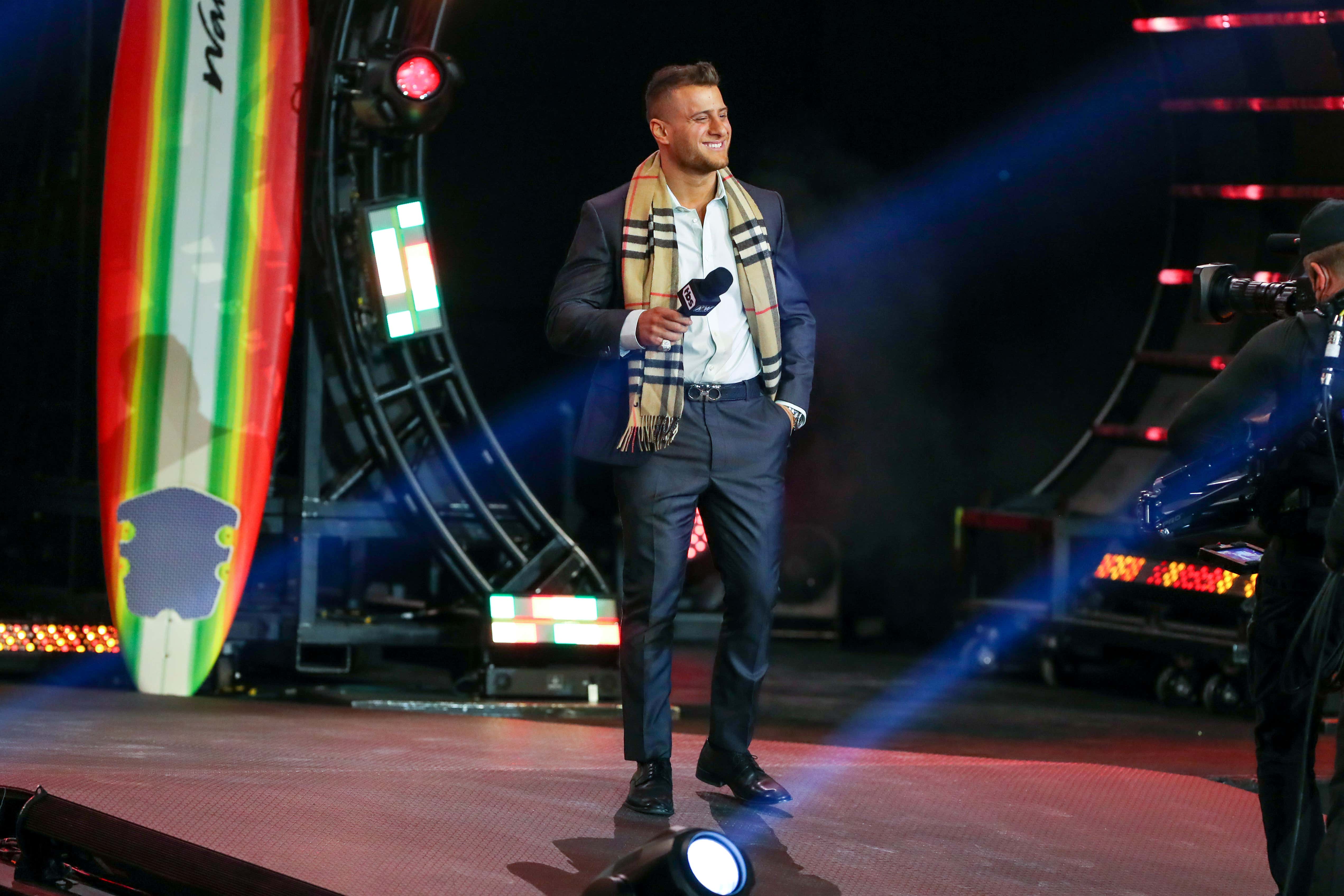 On today's Pardon My Take… MJF! The professional wrestler for AEW joined Mr. Cat and Mr. Commenter to discuss his career, upcoming fights, and the three months he spent away from wrestling.

We got all the details on Maxwell Jacob Friedman's contract issues that caused him to walk away from the company for a certain period of time earlier this year. But fast forward to right now, and MJF is now making seven figures doing what he loves. So, is his longterm home at AEW? Not necessarily. The wrestler gave us a hint on what could happen once his contract is up at the end of next year, and uh, spoiler: money will have a say. I'll let him explain…

MJF: I feel that I'm the face of my company, and I think it's more than fair to say that Roman Reigns is the face of his company over in WWE, which is also a tremendous, tremendous wrestling show. And on January 1st, 2024, they will most certainly be making their bid to get MJF over there.

Mr. Commenter: If they offer $1 more…

MJF: If they offer a penny more. This is a business. This is not, you know, it's not friend business, right? It's show business. And that's all I care about.

Mr. Commenter: Fuck, I'm going to save that.

MJF says that he is a simple man, and the evidence above suggests just that. Whoever offers him more money, that's where he will be working in the future. Easy enough!