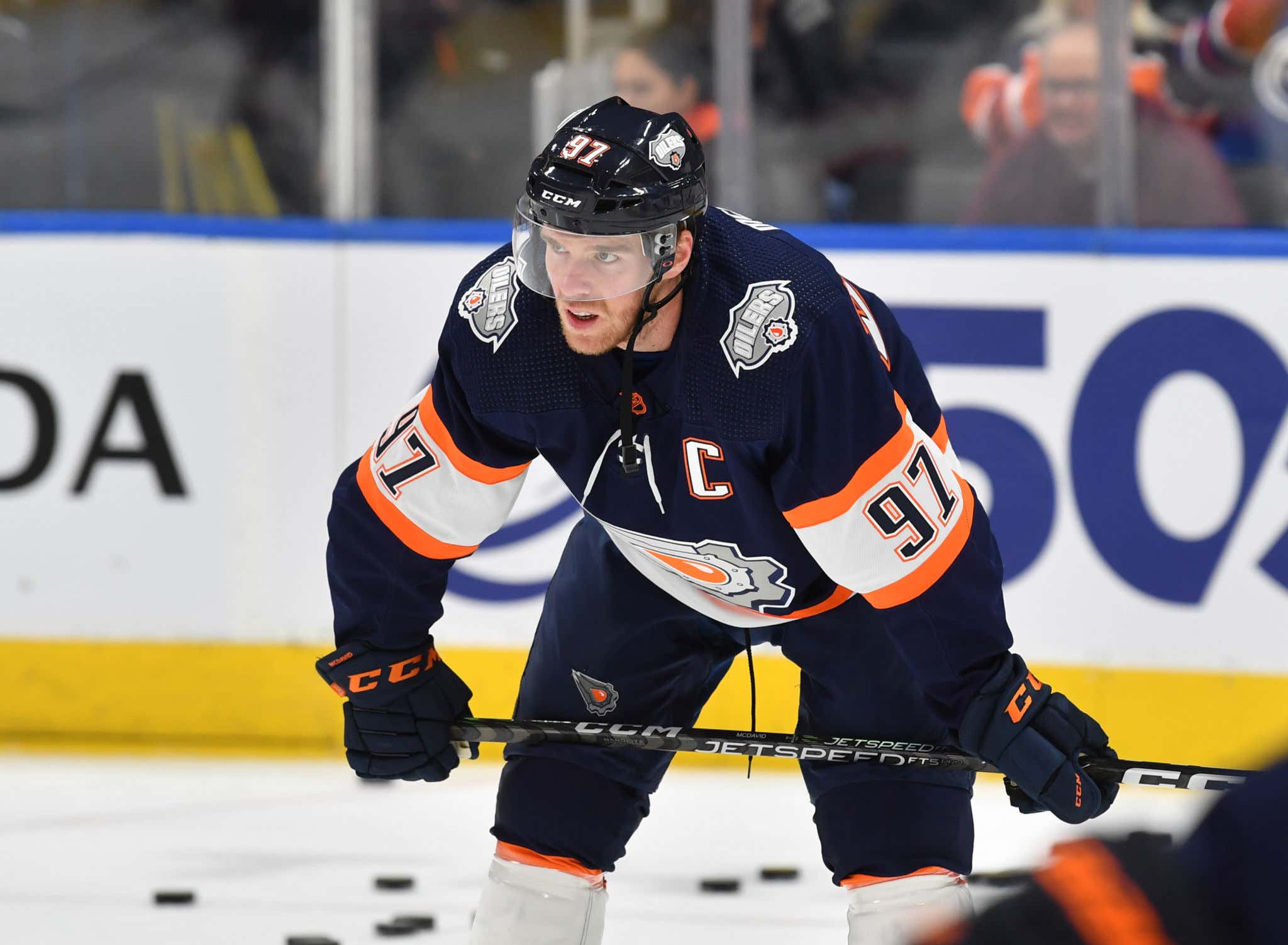 The world's population just recently reached 8 billion for the first time in world history. Which means that Connor McDavid is better at playing hockey than 7,999,999,999 other people on the planet. He's so much better than anybody else in the world at hockey that opposing defenders can't even think about how to stop him, they just desperately need to figure out a way to at least slow him down.

Unfortunately the only way to accomplish that is to get a little greasy out there. Alexander Edler quickly realized the only way he could stop McDavid from turning him inside out like you're taking off of a sock was to throw his leg out there and deliver a gutless hit.

I can assure you that zero people in the world outside of his family tune into the NHL to watch Alex Edler play hockey. Meanwhile, Connor McDavid is quite possibly the most dominant athlete in all of sports at the moment. Could you imagine if he ended up missing a few months of the season because Alex Edler decided to throw his knee out there during a game in the middle of November? It's a donkey-brained decision, to say the least. And you see Darnell Nurse immediately go after Edler to let him know about it. They never really got around to actually fighting so the two of them just got matching minor for roughing. Which means that there is still a debt to be paid for Edler.

Now Connor McDavid isn't much of a fighter. The last time he fought during a game, he ended up breaking his hand because he squared up the glass with his fist during his draft year in Erie.

Still have never heard about whether or not the glass survived. But considering his hands are rather important for putting up 15 goals and 17 assists through just 17 games so far this season, it's safe to assume McJesus won't want to shatter them during some fisticuffs again. That doesn't mean he's not going to collect his own retributions, however.

I doubt McDavid even knows who Edler is. But the moment he turned around and he saw the last name on the back of that sweater? Bang. Crosscheck right to the kidneys. That might take him out of the running for the Lady Byng this year, but I love that. I don't need my superstars being afraid to muck it up a little bit out there. Get greasy. Get in the mud. Load up the PIMs every once in a while.

There have only been 4 guys to ever score 50+ goals and have 200+ penalty minutes in the same season before. Outside of the 800-goal and 2000-points club, that seems to be the most exclusive club in all of hockey. Gary Roberts, Kevin Stevens, Brendan Shanahan and Keith Tkachuk. Let's get McDavid into that club this year. He's on pace for 72-goals this year so he has some spare minutes he can dedicate to the penalty box.