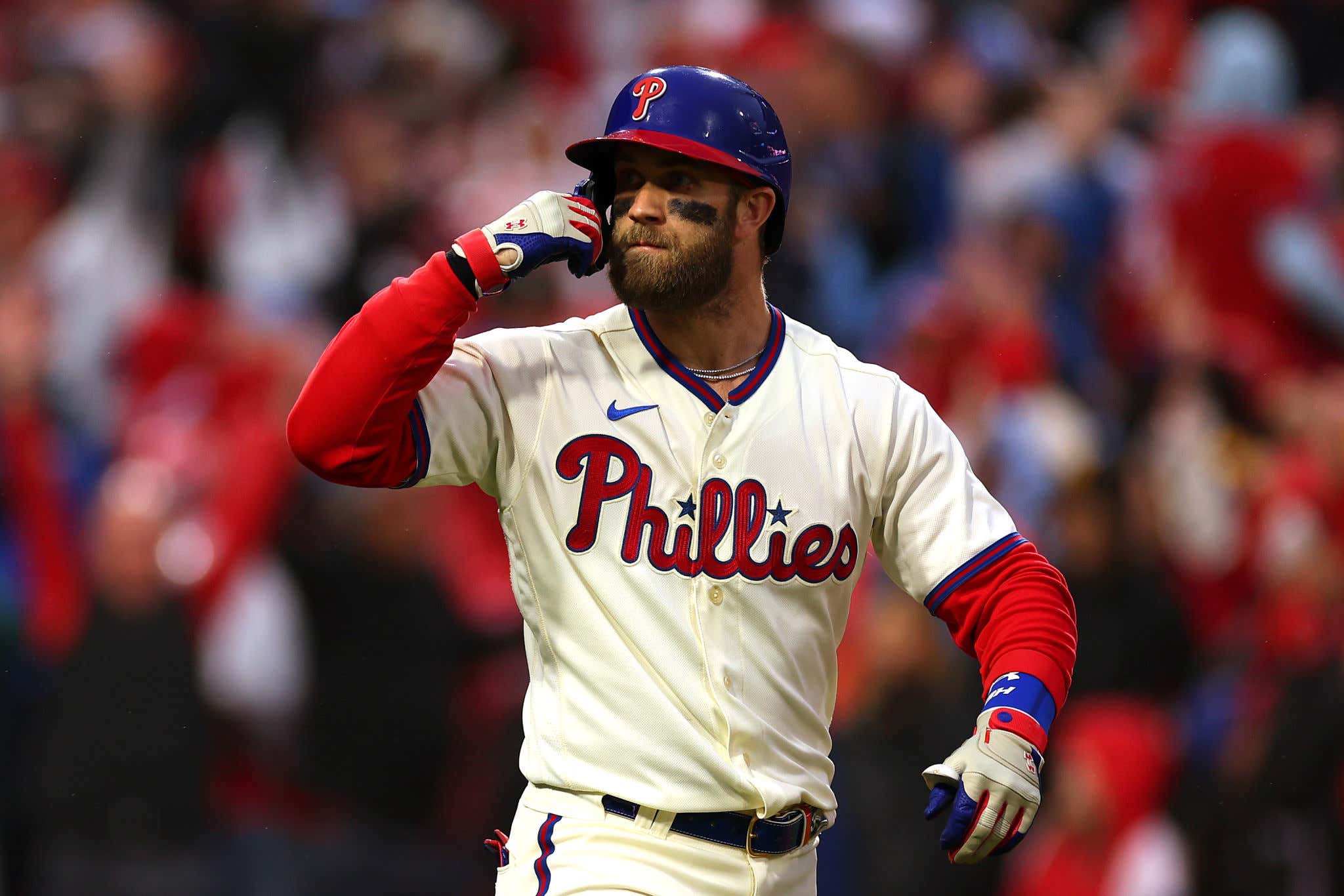 This news isn’t necessarily going to be shocking to anybody. I think for the majority we all knew that Bryce Harper wasn’t going to be ready for the start of the 2023 season. The man put his body through the gauntlet in 2022 and there was going to be a shit ton to clean up in there. So obviously it sucks to hear he could possibly be getting Tommy John, but let’s not act like getting Tommy John in 2023 is anything close to what it was like 20-30 years ago.

If anything, this isn’t bad news for the Philadelphia Phillies. This is bad news for the rest of the league. Because the whole world was put on notice for how lethal of a weapon Bryce Harper has his intentions set on being in the postseason, and that was even with his body being held together by duct tape and bubble gum. Imagine what this menace can do once he’s surgically repaired and better than ever? He’s going to “Rookie of the Year” this shit. 500 foot moon shots galore. He’s going to be a weapon of mass destruction after he’s cleared up from this surgery.

ALSO, this just means that John Middleton is going to have to go nuts this off-season and keep bringing in more pieces. If Bryce isn’t going to be available for the first half of the 2023 season, then he needs to go out and sign guys to fill that void. We know he was already in win-now mode, but this really forces his hand. He can’t just sit back and hope this current roster has enough firepower to get them through the first half of next year on their own without MV3. And then once he comes back to the lineup? I believe that’s what the French call, le Wagon.

So sure. It’s tough news to hear today. But with enough spin zoning you can convince yourself that Bryce Harper getting surgery is the best thing to ever happen to the Phillies.