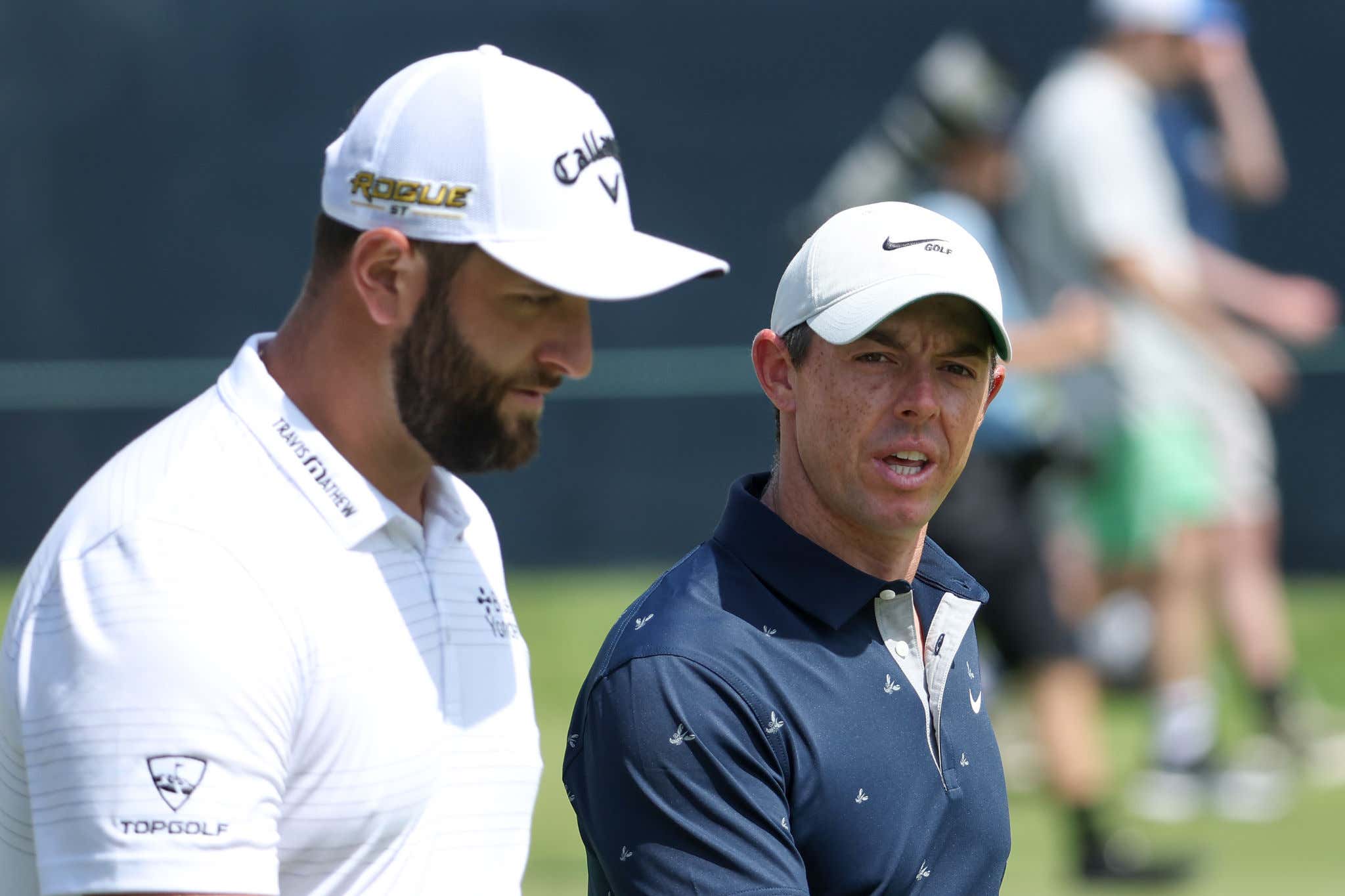 Oh, to be a fly on the wall at the Official World Golf Rankings headquarters these days. For decades, you'd been cruising along mostly unbothered, publishing a ranking every week that no one really complained about. My, how things have changed.

The OWGR's been under the metaphorical microscope recently—and, like everything else in golf these days, it's because of LIV Golf. LIV has been hammering the OWGR for not giving its events world ranking points. Their thesis: we've got some of the very best golfers in the world playing our tour, and if the point of the system is to accurately rank who the best golfers are, it simply cannot ignore our tour. LIV has applied for OWGR certification but, so far, no dice.

The OWGR, on the flip side, has countered by saying it has clearly stated criteria—rules like average field size, the prevalence of 36-hole cuts, and an opportunity for guys to play their way onto the tour—that LIV simply doesn't meet. There's also typically a two-year lag period between a tour's applying for points and receiving them, and obviously LIV's only been around for less than a year.

We've got some more OWGR this week, but it actually doesn't involve LIV. It centers around the OWGR's new system for determining the strength of a certain tournament and, in turn, how many points that tournament should have up for grabs. The previous system rewarded tournaments big-time for having a few top, top players in it. It didn't matter so much how many good players there were in the field, or how many players were in the field at all, so long as there were a few top-10 players teeing it up. And, under the old system, certain events were guaranteed to offer a minimum number of points: every DP World Tour event, for example, offered at least 24 points to its winners.

That's no longer the case. The OWGR recently unveiled a new system for devising field strength that it says is the product of multi-year study and analysis. The new system essentially rewards tournaments for the quantity of good players in the field, not the quality of those players. The reasoning: it's a lot harder to beat a tournament with 100+ good players than 50 good players, even if the best five of those 50 are better than the best five of the 100+ group.

Whether fair or not, the OWGR changes are really playing into the PGA Tour's hands. Because while the DP World Tour does indeed draw top players to its best events, the bottom half of PGA Tour events is always far, far stronger than the bottom half of DPWT events. That didn't matter so much before. It does, a ton, now.

Rory McIlroy, who has emerged as something of a PGA Tour spokesman over the past few years, expressed his support for the changes.

''(People that are upset are those) used to getting a certain amount of World Ranking points in one event and now it's dropped," the world No. 1 said. "But I would say those events were getting more than they should be. I think it's the fairest system that you can come up with right now. And a lot of work went into that.”

Jon Rahm, on the other hand, hates the new changes. He's also in the field in Dubai this week and likely isn't too pleased that he's only playing for 22 points, and he didn't hold back.

“I understand what they are trying to do with the depth of field, but having the best players in the world automatically makes the tournament better. I don’t care what their system says. I think they have made a mistake. I think some aspects of it might be beneficial, but I think they have devalued the value of the better players. Take the (PGA Tour's) Tour Championship as an example: The 30 best players of the year should not be punished because it’s a smaller field. Depth of field doesn’t mean better tournament. I could go on and on. I think they have missed the mark on that stance quite a bit.”