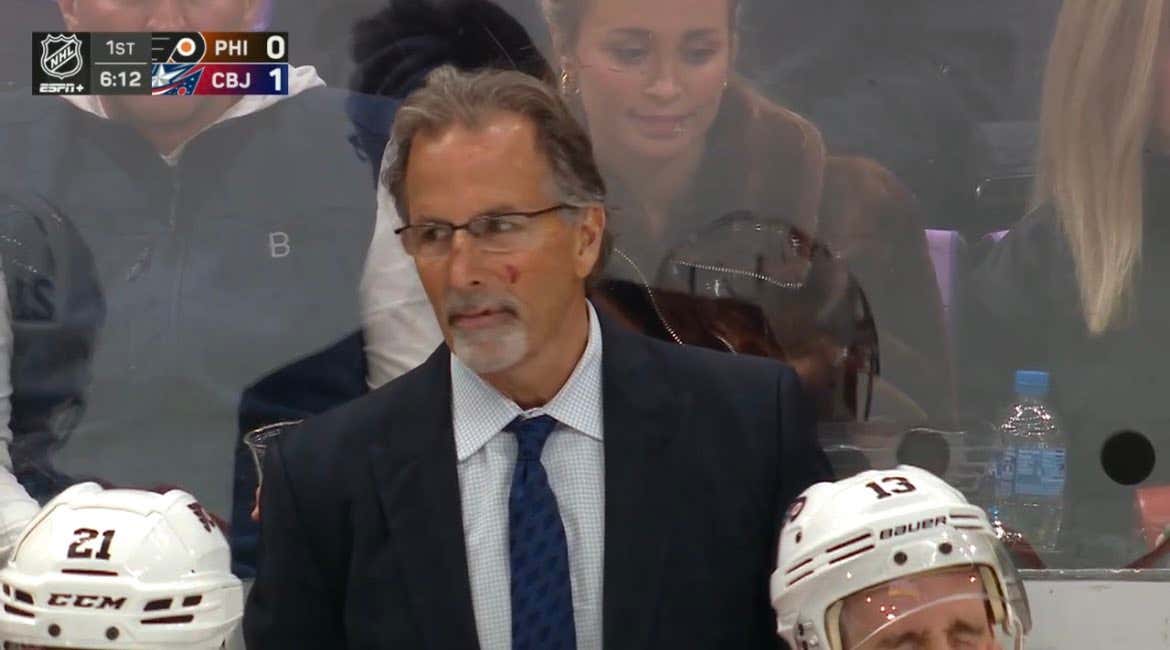 John Tortorella is trying to establish an identity for the Philadelphia Flyers. He's attempting to build a culture. One where you work your ass off, you do everything that is asked of you, you block shots, and you don't act like a little bitch when things don't go your way. So if you just so happen to get kicked in the face by one of your horses earlier in the day (totally normal thing that happens), that's not an excuse. You show up to work ready to go regardless. The only way to truly establish a culture is through your own actions backing your own words.

What a maniac. What a legend. A basketball coach gets kicked in the face by a horse and he's out for 4-6 weeks. Torts gets drilled in the nose by a hoof and he barely even flinches. Probably popped his nose back into place and ran the horse for the next 30 minutes.

What I will say, however, is if Torts is showing up behind the bench just a couple days or so after taking a horse kick to the face, well then you better if the greatest effort of your life if you are the Flyers. Clearly he's already going to be a pissed off mood with his face all jacked up like that. You can't risk pissing him off even further. So let's listen in to Torts' assessment of the team's performance during the first period last night in Columbus.

Succinct and to the point.

How terrifying do you think it is to be Kieffer Bellows in that situation. You're sitting right in front of Torts. You can hear every word he's saying. You're already sitting at the end of the bench so you know he's not thrilled with you, and his only assessment of the team so far is that "we suck". I'd be shitting my pants while hopping over the boards for my next shift if I were Bellows. Good lord.

Flyers lose in overtime. Bedard still not totally out of the picture.