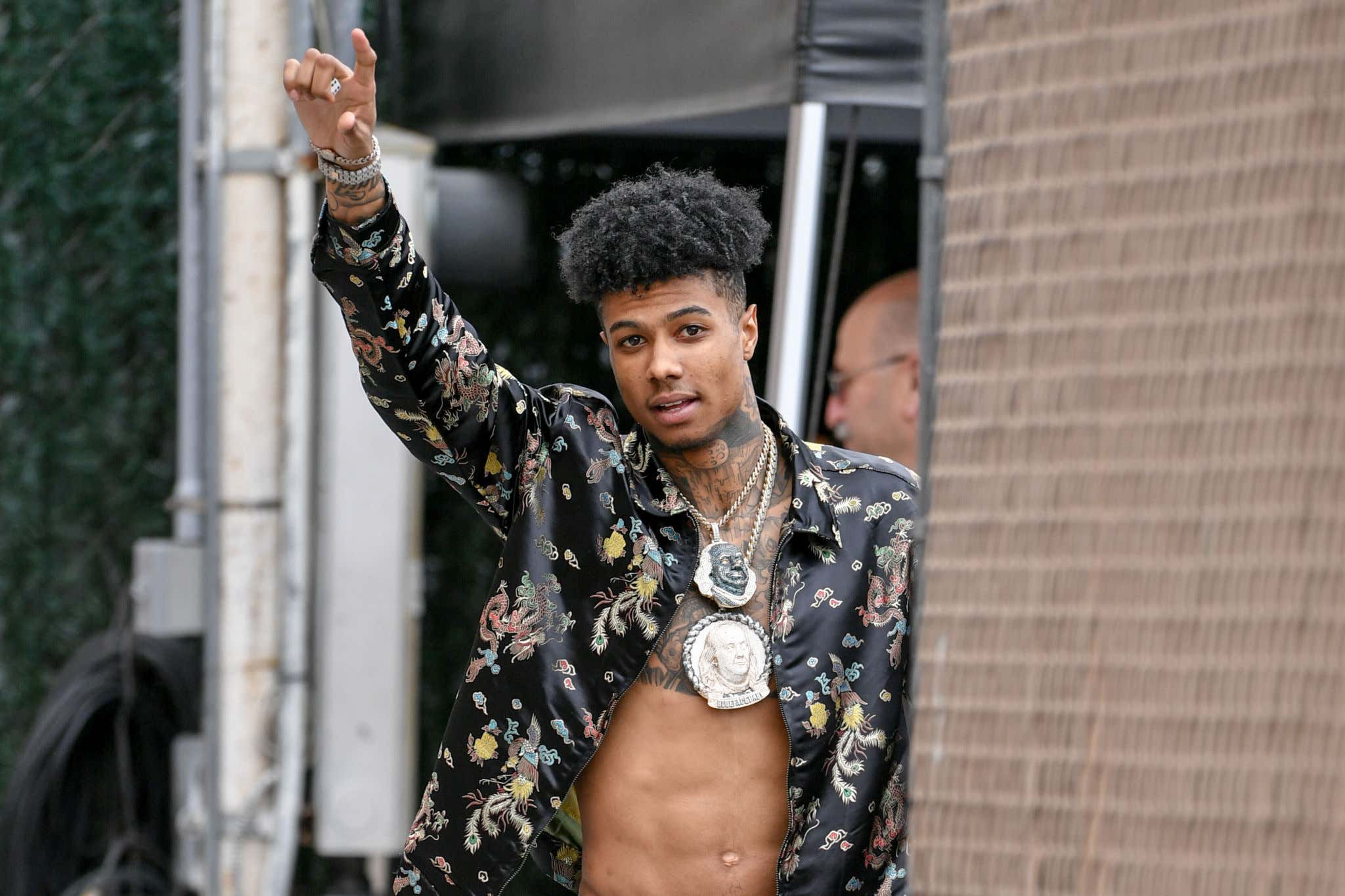 NY Post- Rapper Blueface was arrested in Las Vegas Tuesday in connection to a shooting that occurred in the city last month, police said. The 25-year-old Los Angeles-based artist, whose real name is Jonathan Porter, was busted by Las Vegas Metropolitan police outside of a Lo-Lo’s Chicken & Waffles.

The “Thotiana” rapper was arrested on charges relating to a shooting near Las Vegas Boulevard and Sunset Road on October 8, police said. He was booked at the Clark County Detention Center on open warrants for attempted murder with a deadly weapon and discharging a firearm inside of an occupied structure. Days after the shooting, he released a music video on Instagram that takes place in jail and a courtroom.

Ya'ight. On the Dead Locs.

It's funny in my head when I say Blueface lyrics, but when I type them out on the blog, it just like looks a lame white guy trying to prove to people that he actually listens to rap music. To be fair, that's exactly what I'm doing. I for one respect Blueface's cryppin'.

I'm not sure how many people are familiar with rapper Jonathan Porter, aka Blueface, but I've always been intrigued by him. Most people who know of Blueface know him from his "hit" song Thotiana.

His rapping style is what many would call, "bad", but I've always had some appreciation for it, because at least it's different. His calling card is, "rapping off beat". I'm not talking about just a little off beat either, like how Big Sean got before he disappeared into irrelevancy. I mean no where even close to the beat. Not in the same area code. The beat and Blueface have never once been seen in the same place at the same time.

But I must tip my cap, and give kudos to a man who made a rapping career off of bars that do not flow, rhyme, or fit together in a coherent way whatsoever. Daylyt (a comedian who I only know from this video), gives the most accurate description of Blueface's rapping style.

There was a 2 month stretch of time where I would have legitimately called myself a Blueface fan. I would play him for my friends and act like I had discovered something new. I thought he was cool. I thought he was so incredibly bad, that somehow it made him good. Those couple months are what made me realize if you listen to any music long enough, you can convince yourself to like it.

Since then, Blueface started to make a name for himself outside of the rap game.

He beat TikTok star Kane Trujillo in a celebrity boxing match. He won in a unanimous decision, but more notably, after the fight, things popped off inside of the ring when Blueface starting throwing punches at a random fan.

From what I can tell, he's a more than capable basketball player as well. He's very tall. The internet has him listed anywhere between 6'3" - 6'5". He's played in a handful of "celebrity" basketball games, although he was probably the only "celebrity" playing who I had even heard of. Not that I actually watched any of those games. I'm just assuming he's a decent basketball player because he can do a slam dunk.

My favorite Blueface moment comes from this video, where he is standing on top of a car in the middle of Skid Row, throwing loose piles of hundred dollar bills at homeless people, like some sort of Skid Row Santa/Agent of Chaos.

But just yesterday, all of that "goodwill" Blueface had built up from rapping poorly, participating in events where people refer to him as a celebrity, and throwing cash at people came crashing down when he was arrested for attempted murder. The man who took the video of him being arrested made me chuckle.

He appears to be random person, who just happened to notice Blueface sitting outside and decided to film him. While he's filming, a plain clothes officer grabs Blueface and throws him against the wall. The man behind the camera calmly says, "Oh they robbing him".

I don't see why they had to throw Blueface into the wall like that. Seems a little excessive. He was just minding his own business, chatting up a young thotiana. Maybe they thought he was a flight risk.

This certainly is not the first time Blueface has been in trouble with the law. He's been arrested multiple times for unlawful possession of a loaded gun, driving with a suspended license, a crazy road rage incident that involved a shootout on the highway, things of that nature.

I said earlier that, "All the goodwill Blueface has built up came crashing down". But I think we all know that's not true. If anything, this is probably going to increase his notoriety. I'm sure his views on YouTube and plays on Spotify have been up since the arrest. That's how these things work.

I know next to nothing about the law in Las Vegas, or how much time in prison Blueface is facing, but I know that we haven't seen the last of him. He'll probably spend some time behind bars, then before we know it, TMZ will be posting another video of Blueface being released from jail. Upon his release, he'll challenge Antonio Brown to a boxing match, and Antonio Brown will accept. The two of them will end up being the undercard to a fight that nobody cares about between 2 YouTube stars who we haven't even heard of yet.