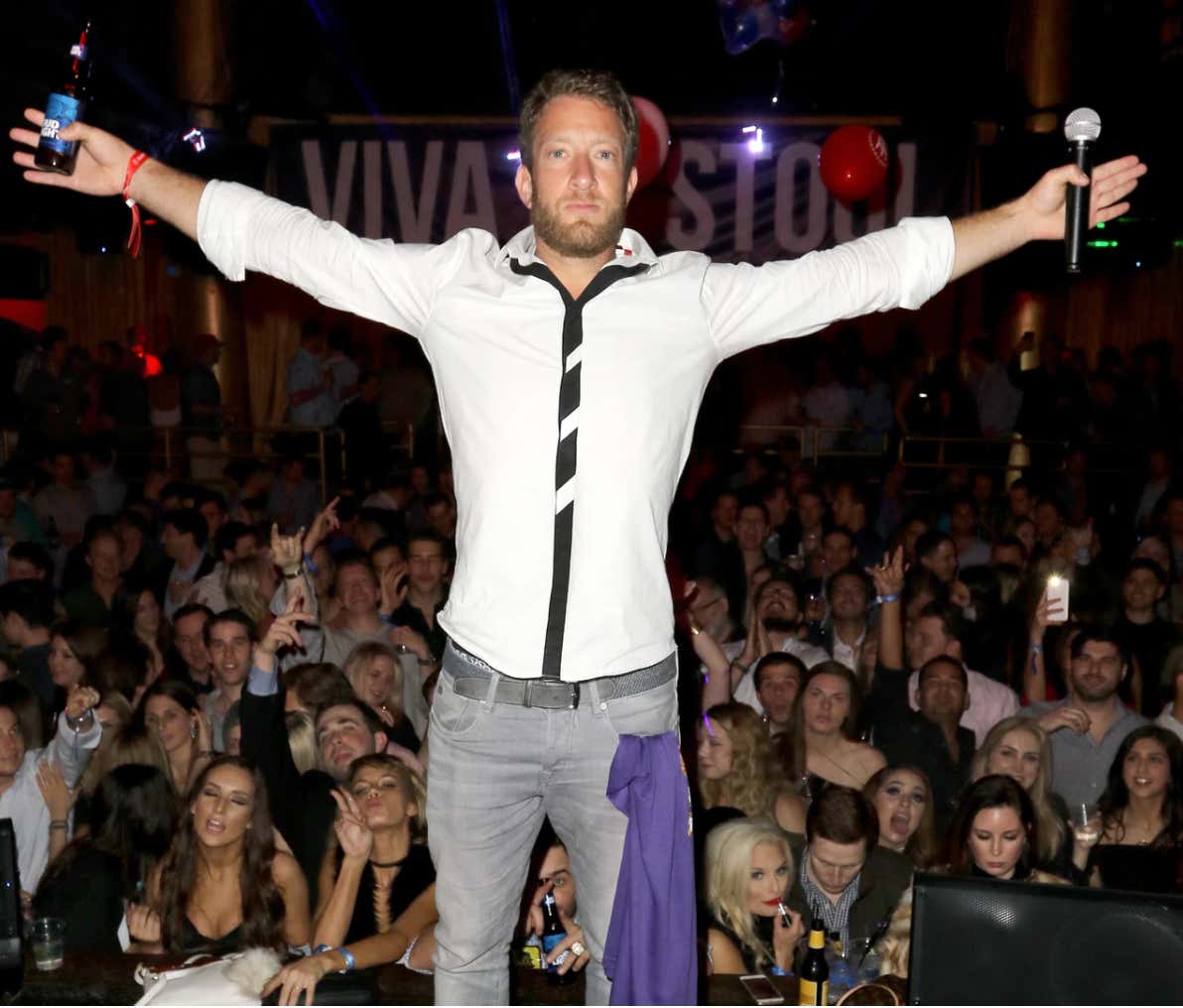 Dave Portnoy started the season 4-0 and on an absolute tear. He then proceeded to lose the next four games and made a brilliant move to pick up Justin Fields coming off a series of decent games. He then moved Fields above more established real life and fantasy starters Kirk Cousins, Tom Brady, and Geno Smith and named Fields his QB1. Since then, both the man I call Just1no and Dave have taken off like a rocket ship with Dave beating the Guardians duo of Shane Bieber & Austin Hedges and most recently, the previously first place, Jake Marisnick. 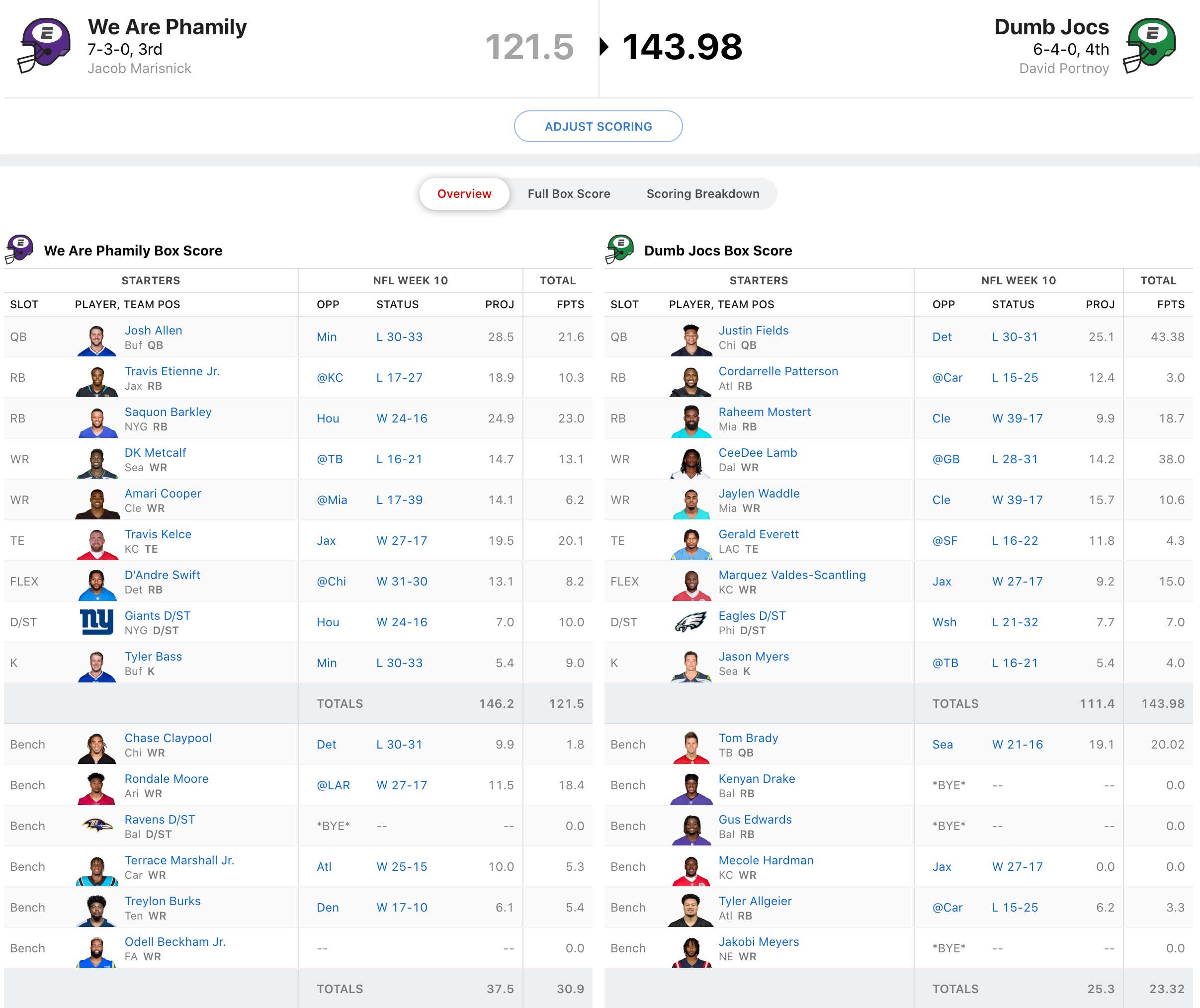 Meanwhile, the man that is 6th in points scored, Mike Trout suffered a crushing loss to Eric Hosmer primarily due to a dud in Monday Night Football. Hosmer pulled off the seldom used two TE strategy and ran his 22 package all over Trout en route to the win to put him just a game out of the playoff picture and sent Trout reeling on the verge of being eliminated. 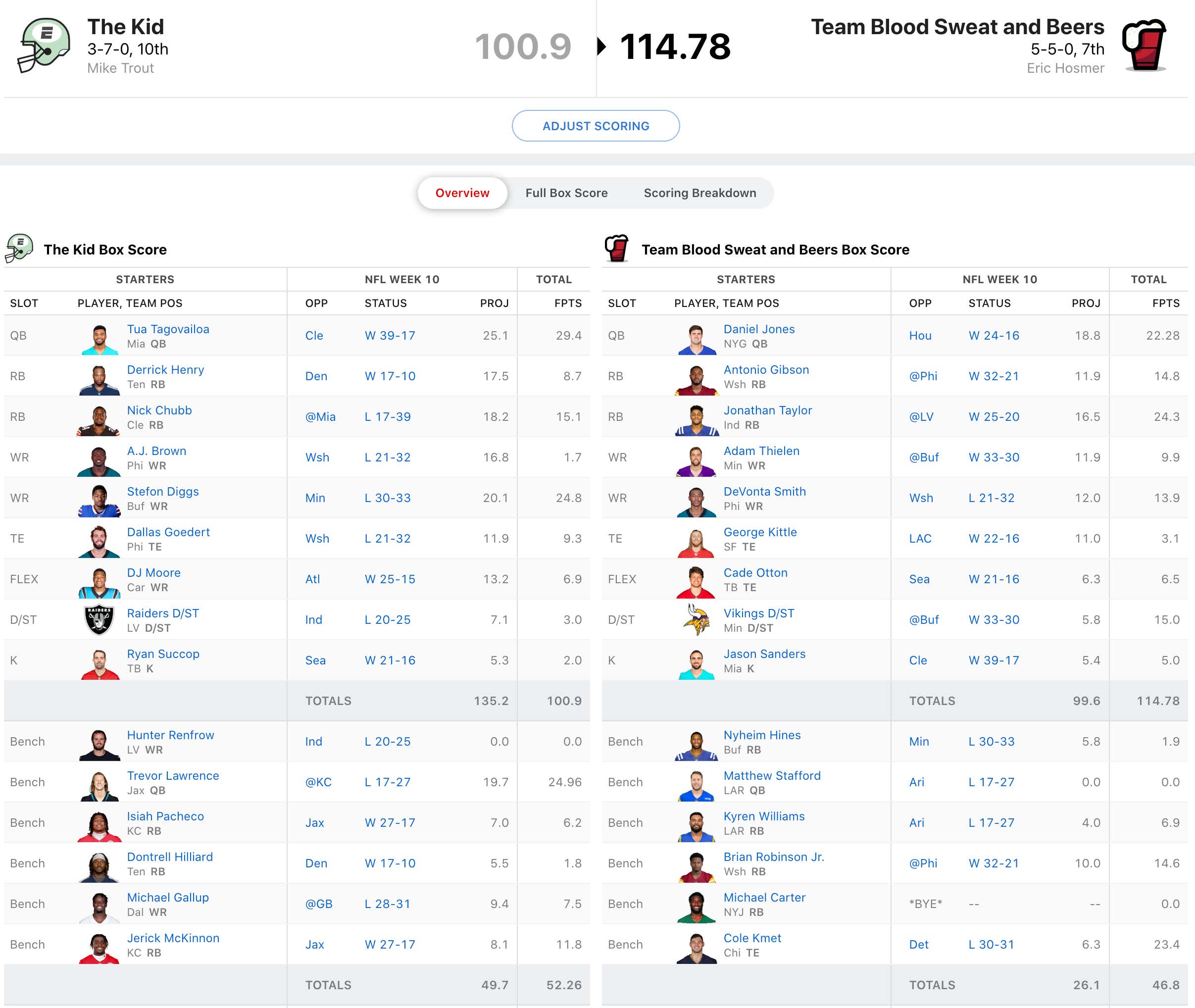 Trout faces Dave this week and will likely need to win out to get into the playoffs, which begin Week 15. Someone that will have no trouble getting in, is Wil Myers who continues to dominate as he trounced Manny Machado who had a red hot backfield going into Sunday. 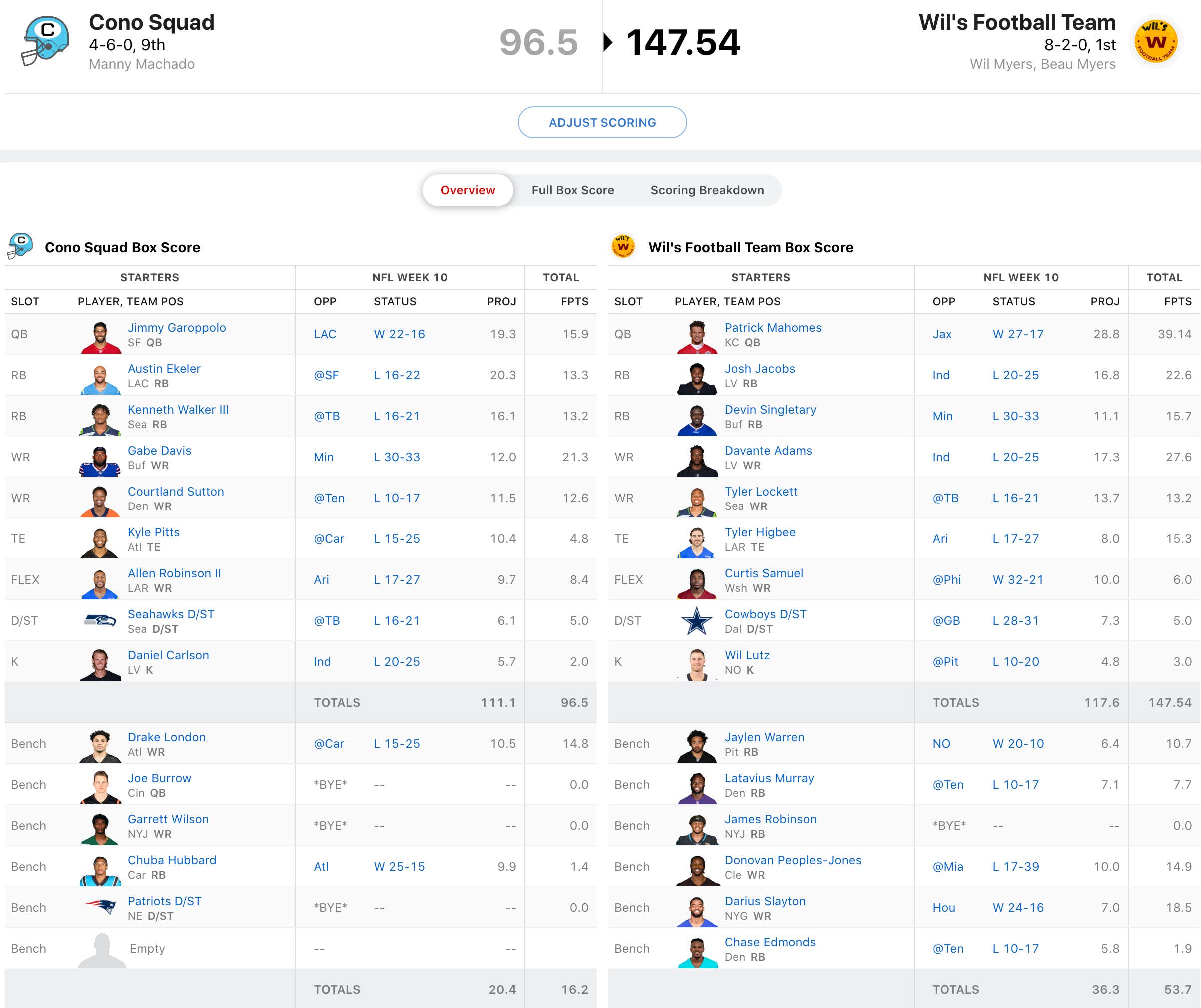 The favorite to win it all is likely Mike Moustakas who leads the league in points scored. His dynamic trio of Lamar Jackson, Justin Jefferson, and Tyreek Hill are as explosive as you can get while still having high floors. With Lamar on a bye this week, he didn't take a step back defeating the trio of Joc Pederson, Alex Wood, and Austin Barnes by 10. 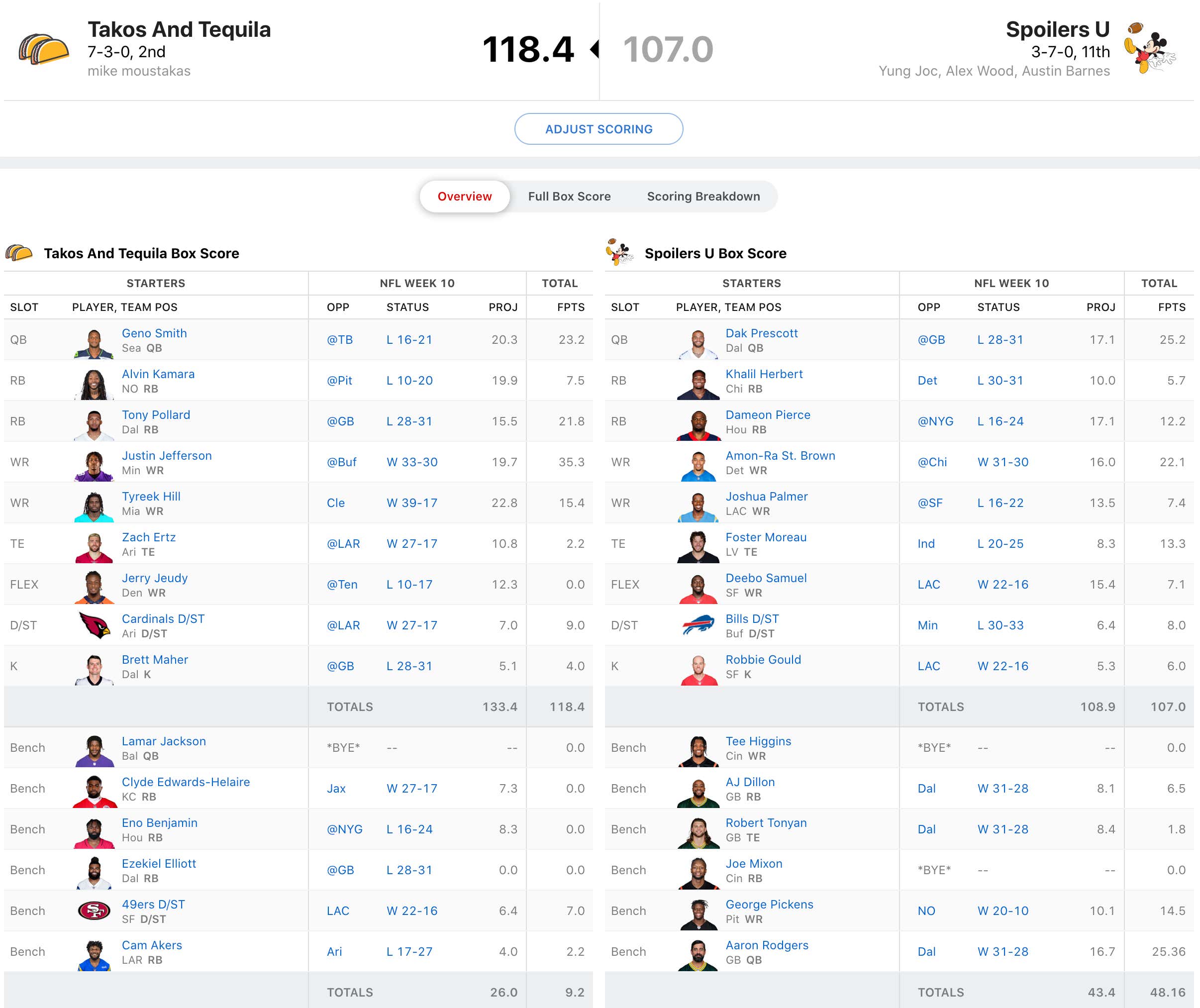 A late contender in the race for the final playoff spot has emerged in Mike Napoli. He got big performances from Aaron Jones and Christian Kirk, but will his team be able to stay winning with Cooper Kupp now out for the next few weeks if not the season? That loss was a bad one for the Brewers duo of Christian Yelich and Jace Peterson who fall to 8th place but have the least amount of points in the league. 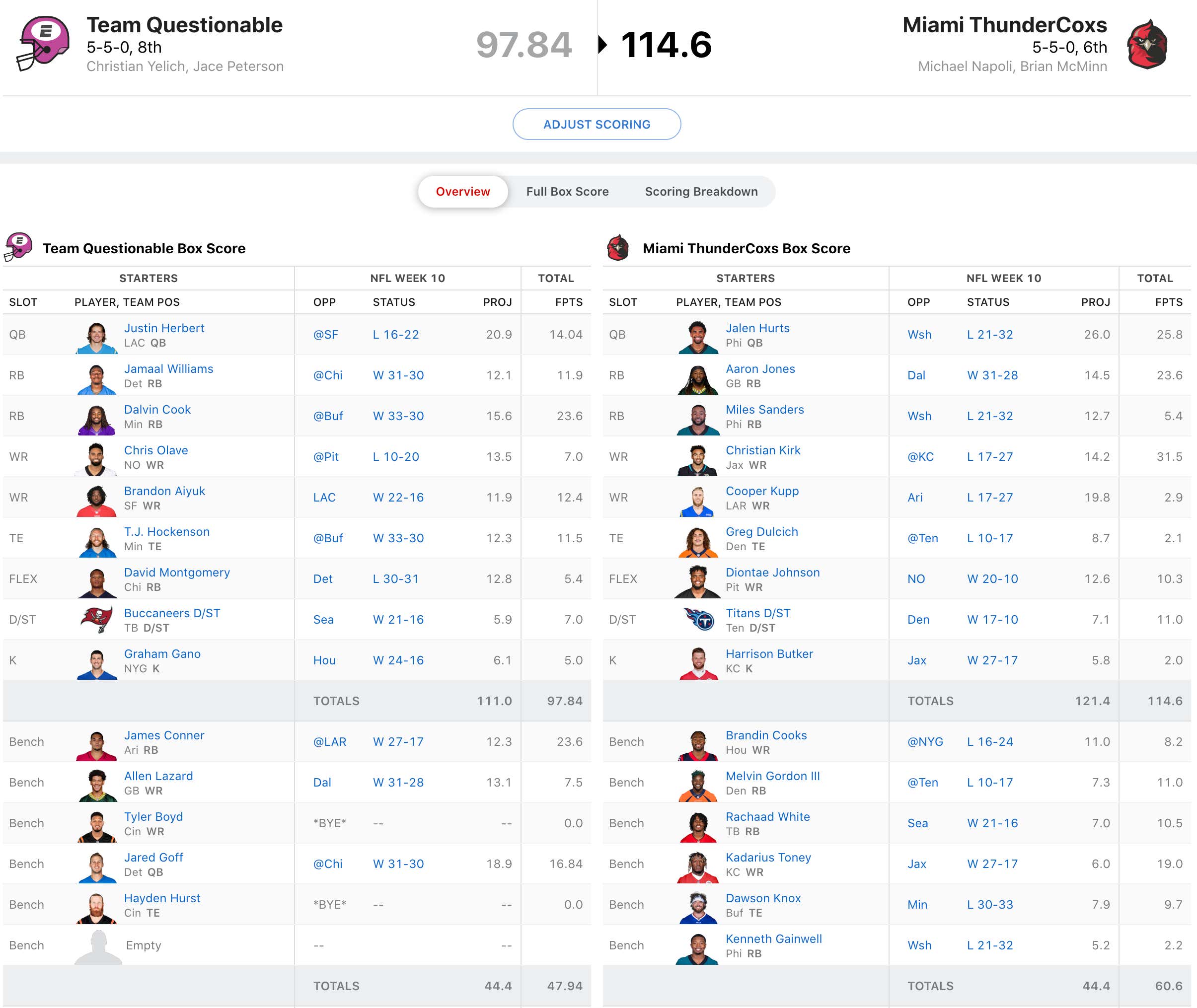 The Guardians duo of Shane Bieber and Austin Hedges also bounced back after losing to Dave last week with a huge win and a solid team performance across the board. And we've had our first fantasy casualty, as reigning World Series Champion Alex Bregman has been mathematically eliminated from the playoffs with this loss. 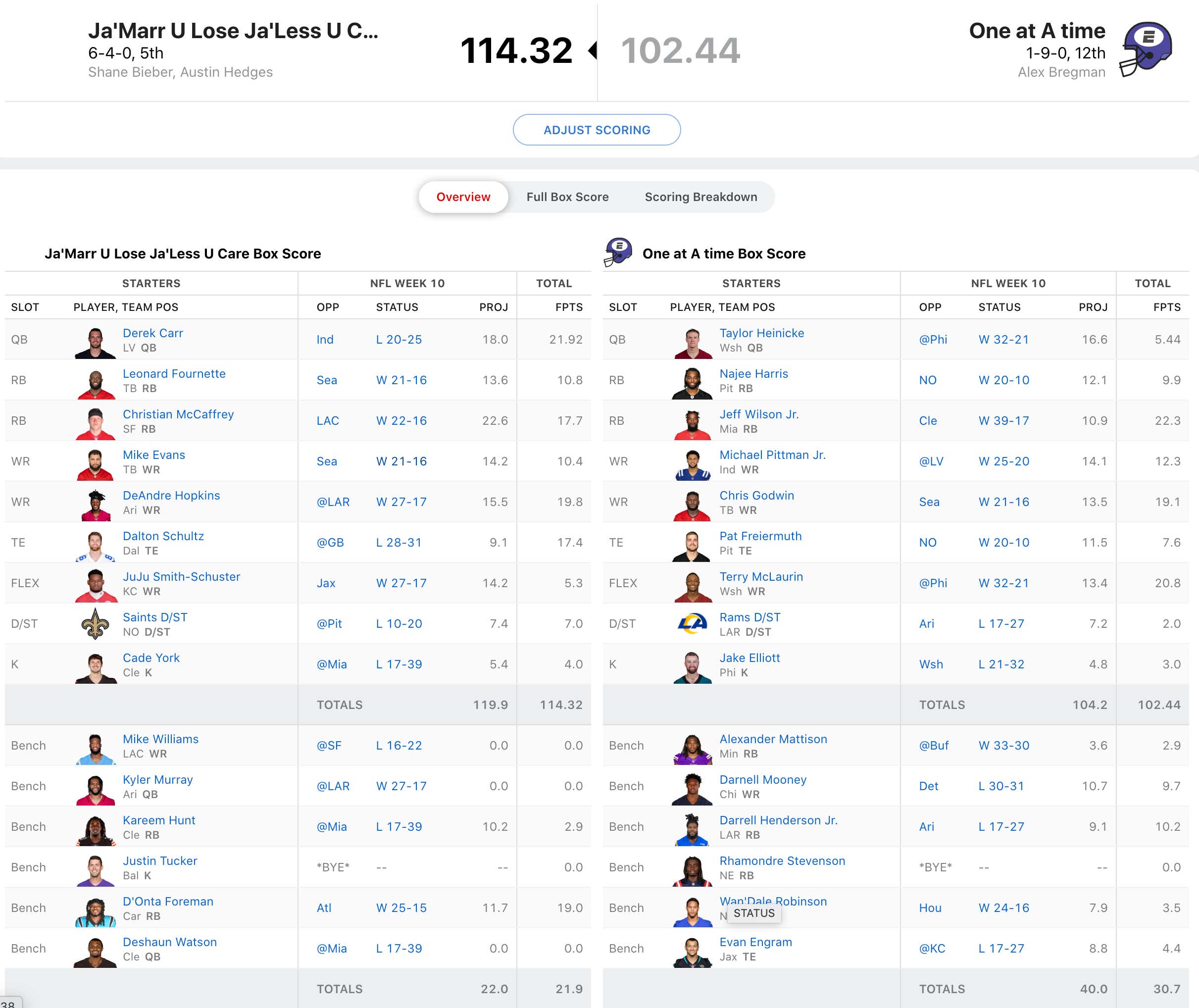 Here's where we stand after 10 weeks with four weeks left in the regular season. 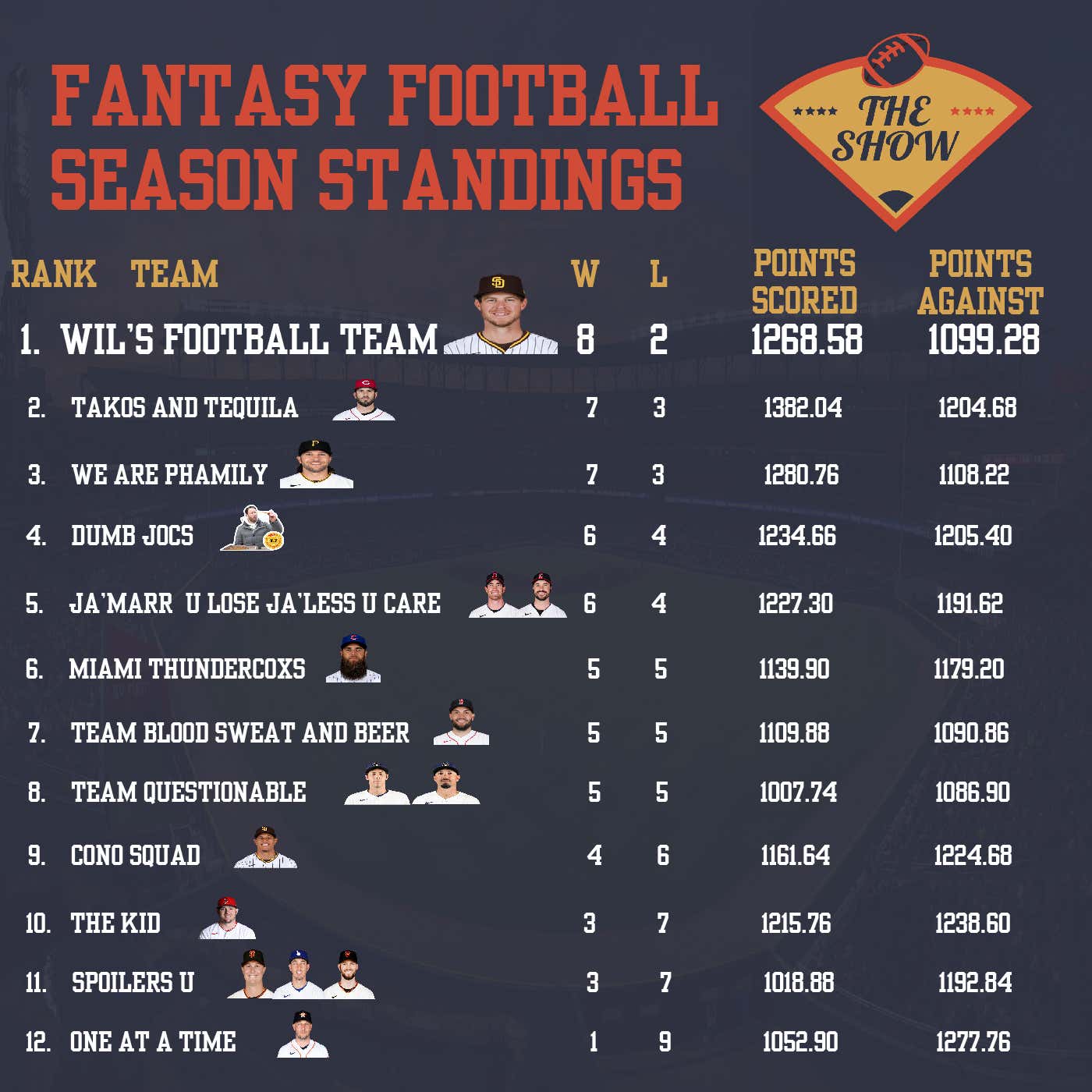