I consider myself a neutral party here. Both these teams are god-awful. Both of their fan bases are beyond tortured. Still, I love them both and want to see the best for them truly, madly, deeply.

That said, know your place.

You can't be a Lions OR Bears fan AND chirp ANYBODY. This is like two red-headed stepchildren talking shit to each other over who is the uglier one. 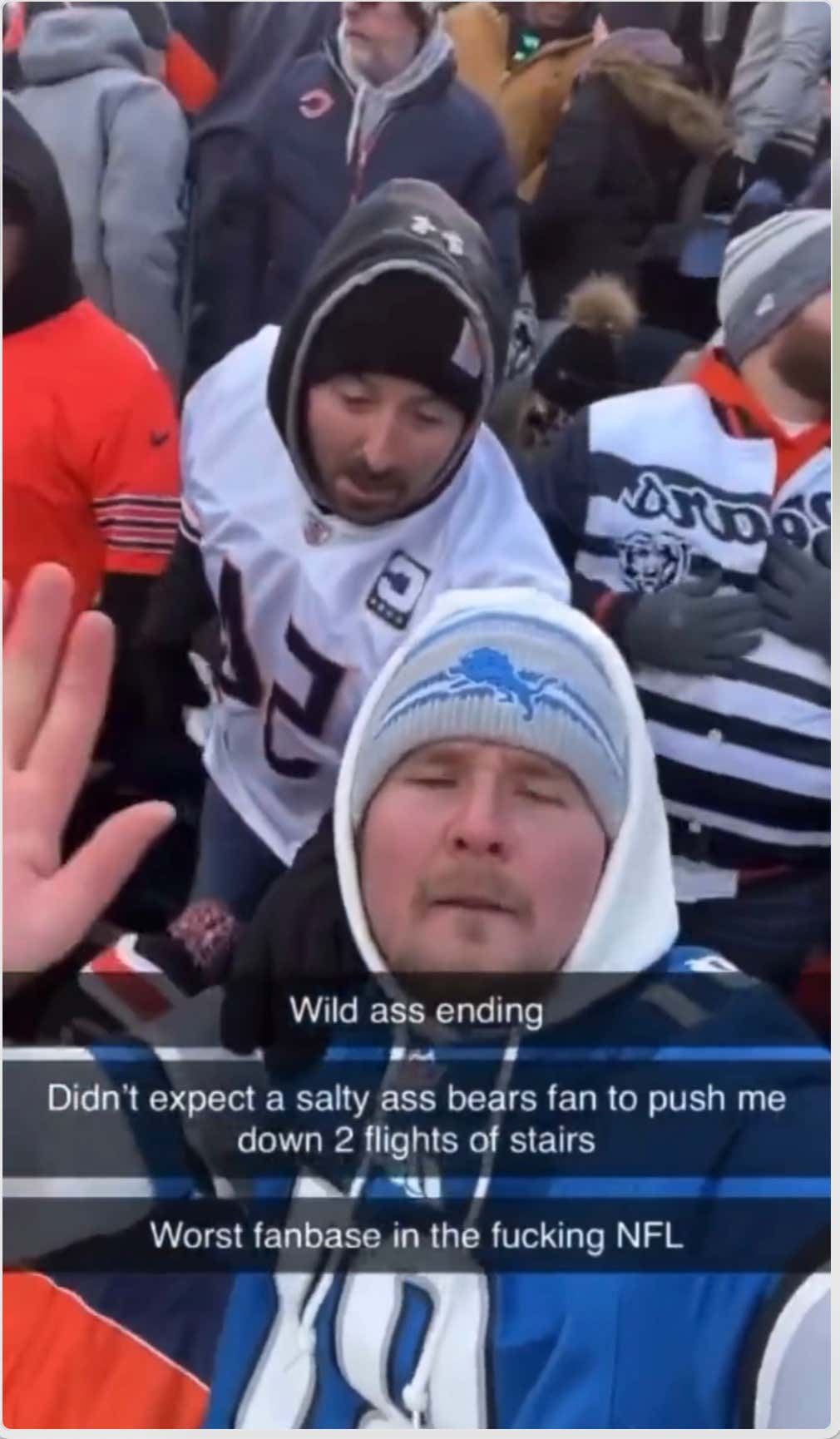 These two guys are best friends today if one of them was born 200 miles further east or west from where they were. They're the same person.

But that's not what happened here because of what this Lions fan did. He threw on his nicest Joey Harrington jersey and marched right into the bear's den (pun intended).

Do I condone shoving him from behind onto the poor innocent people sitting in the row in front? Absolutely not. But he had it coming for acting like this. And so does any fan in any stadium who walks into it yapping their jaws, looking for a fight. When you get one, don't go crying about it. (And spare us with the "pushed down 2 flights of stairs" overdramatic bullshit pal.)

* - none of this applies to Los Angeles fans or stadiums. you are all animals and savages who need to stop taking shit so seriously you put people in comas. get a life.