Does this help the Los Angeles Angels win more games in 2023? Sure. Anderson has been a healthy starting pitcher the past three seasons and was a legitimate All-Star last season. He did an especially good job last year keeping runners off base. But the bigger question should be does this help the Angels franchise contend now and in the future? I don't see it.

I wrote this at the trade deadline about what I think the Angels should have done both then and this winter. TL; DR: blow it up. This team is so far from contending that getting a couple decent players isn't going to fix shit. They still won't contend. If the goal is finishing .500, you're doing it wrong.

So now they sign a pitcher who will be 33 years old next year and has been average his entire career until last year when he found himself in the most desirable pitching situation in baseball. Let's take a look at the Angels rotation as it now stands with last years stats:

If you look at that long enough, you can convince yourself that it could be competitive. But it doesn't tell the true story. This is a team with remarkably little starting depth beyond those five. Michael Lorenzen and Noah Syndergaard are both gone. The Angels have one of the worst farm systems in baseball. Their sixth (Chase Silseth, 1-3, 6.59 in 7 starts) and seventh (Tucker Davidson 1-5, 6.87 in 8 starts) options are awful. And it gets worse. 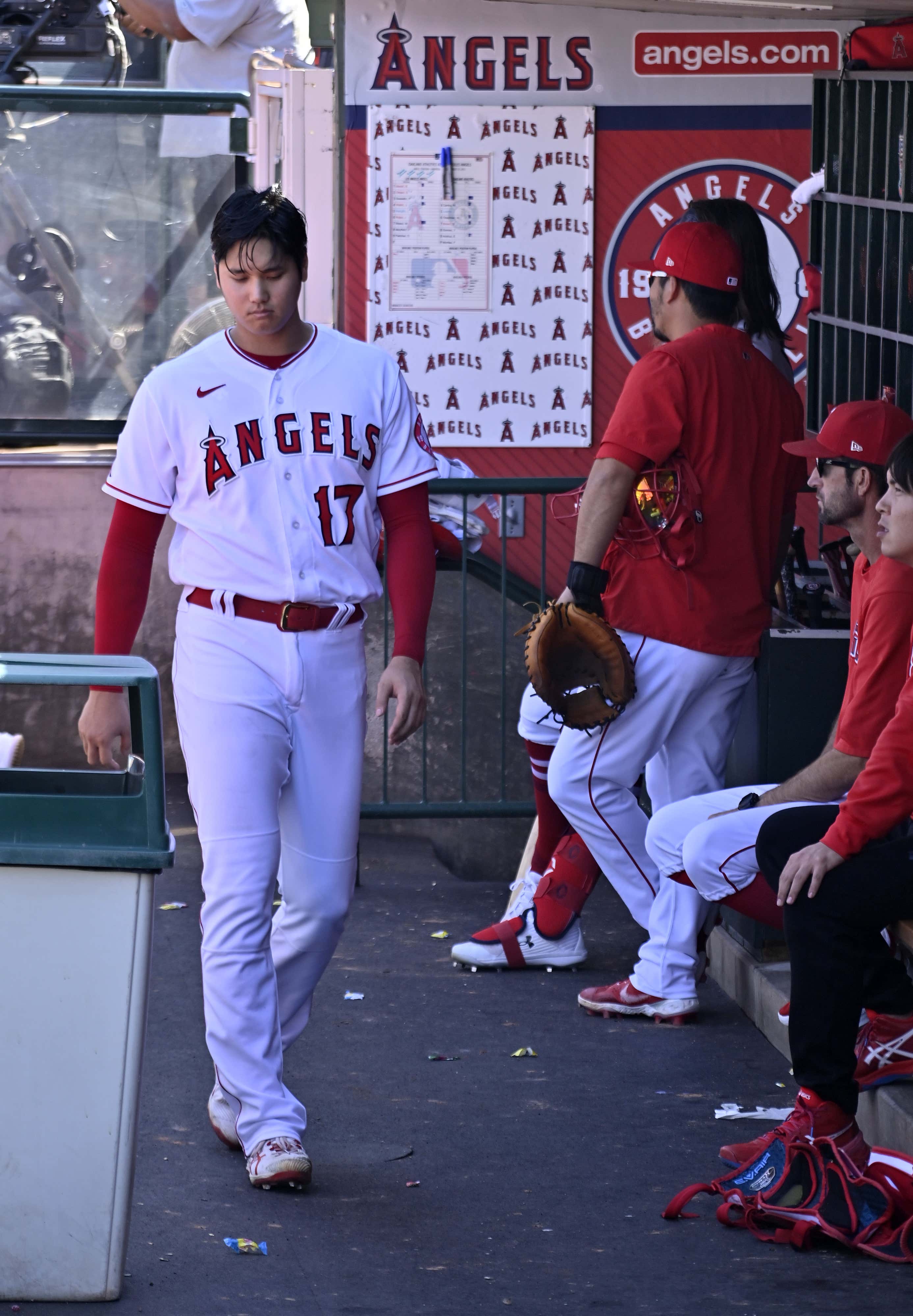 This is a team that despite Mike Trout and Ohtani is a terrible offensive team. They were 13th in the AL in OBP last year with an awful .297. You could make a case they have the worst catcher, shortstop and left fielder in all of baseball. They also traded their closer Raisel Iglesias away to the Braves at the deadline. Oh, they also play in the same division as the World Champion Houston Astros and up and coming Seattle Mariners. This isn't a team that is a piece away. This is a team that is a dozen pieces away.

The Angels just don't fucking learn. I have zero rooting interest in them and they still frustrate the fuck out of me. They make the same mistake every year. Each off-season, they bring in a starting pitcher like Matt Harvey or Noah Syndergaard or now Tyler Anderson, give them a short contract with over $10 million a year and it's not going to solve a damn thing. It's putting a band-aid on an open wound. They need to invest in the farm system and acknowledge that they are a bad team and make transactions that would help a 70 win team instead of deluding themselves that they are a 90 win team.

I believe Arte Moreno had good intentions as owner and hopefully the new owner will as well. But the Achilles' heel for Moreno has always been hiring the wrong people and wanting to win so badly that he couldn't accept losing for awhile to get there. Until that happens, Mike Trout will never get back to the playoffs.