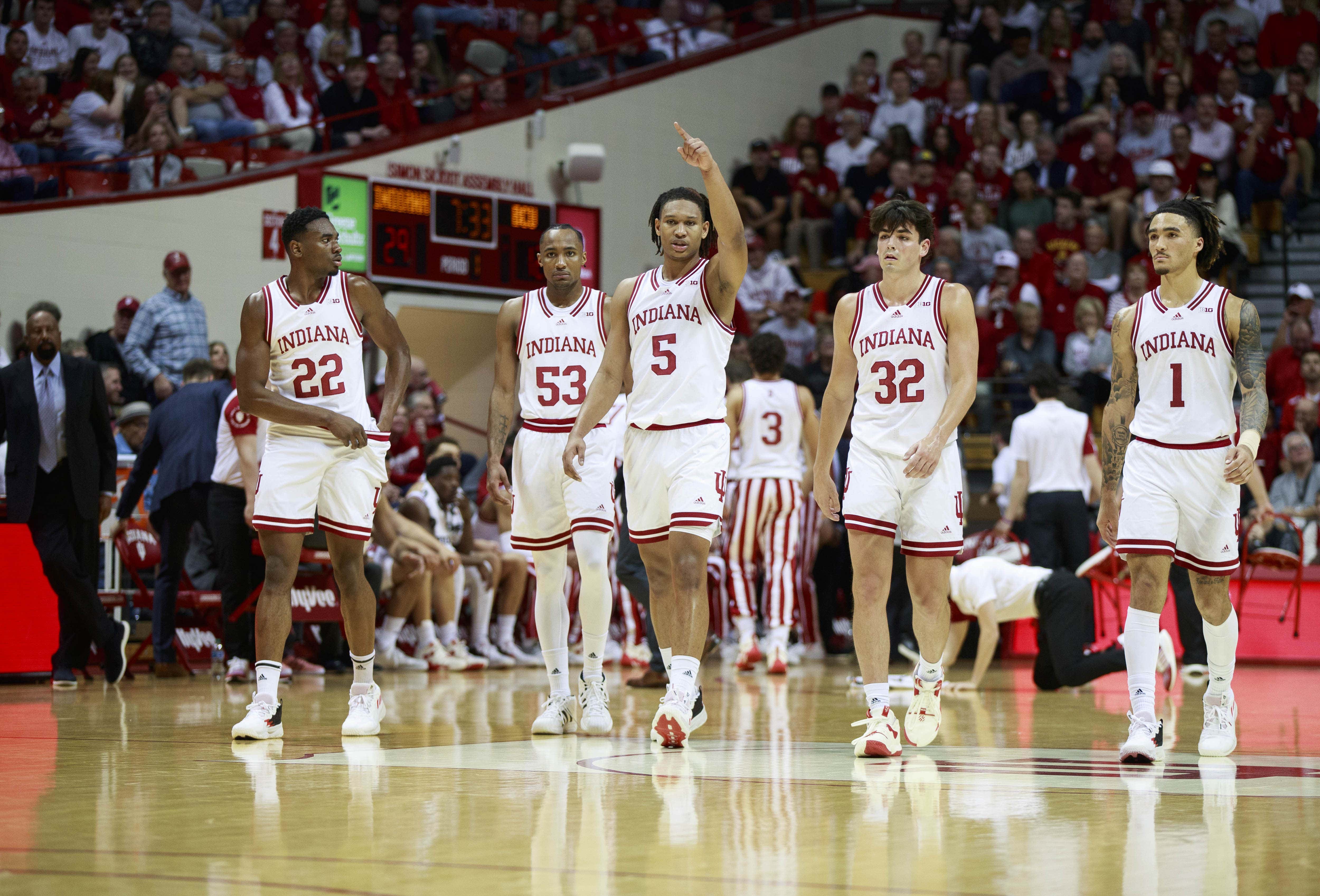 Wrong. Trash. BOOOOOO!!!!! Never let a Kentucky fan use Tiermaker. I'll admit, no one loves to hype up the Hoosiers more than the Indiana Homers. It doesn't matter what sport it is, IU fans devour hype like Joey Chestnut eating wieners on the 4th.

A few NCAA seasons ago, I ACTUALLY believed Indiana football was going to become a perennial competitor in the Big 10. They had something recruits wanted to help build…then Ohio State beat them 56 -14 last week (hand up, worst sports take I've ever had).

I fully believed the Archie Miller hype, that he'd bring the coveted defense first mindset Hoosier fans love, where they'd be led by some of the next elite backcourt in Romeo Langford & Khristian Lander. One of them would surly be the next Isiah Thomas.

IU basketball simply being competitive should be a no brainer take compared to the football team becoming a powerhouse. But in Archie's 4 years of coaching the Hoosiers, the teams looked absolutely lifeless, never coming close to even sniffing Big Ten Championship weekend, let alone a single NCAA Tourney bid. Horrible. Awful. Complete waste of time?

While Indiana was on their knees, begging for an invite to the NIT; Purdue was rinse, wash, repeating on 7 footers and Tourney runs.

When the Hoosiers started their coaching search none of the potential candidates got me even remotely excited, you could completely forget getting fully torqued, unless someone like Greg Marshall was willing to leave for Indiana for no reason at all. Some fantasy like that sounded awesome ..at the time.

I guess SOME Indiana fans have a weird fetish for coaches who are willing to roll up their sleeves and punch a walk-on from bumblefuck nowhere in the throat for not showing enough hustle at practice.

The Hoosiers ended up going with a disciple of a man willing to choke a bitch for a lazy cut to the basket, Mike Woodson. A guy who coached the Knicks to being an above average team that makes the NBA playoffs. Hiring a former player of the program seems to be the move now in college ball, but the move didn't get me going.

Even when Woody convinced Trayce Jackson-Davis to stay another year, I wasn't ready to believe. The Archie Miller era broke me.

Woody's first year was ROCKY until Xavier Johnson stayed consistent come Big Ten Tournament time and TJD took a page out of his dad's old playbook, unducttaping his Clydesdale cock from his leg and making other centers hold it, OR risk slapped directly in the face.

Lack of a third leg wasn't the problem for IU come March. Tired legs and failing to hit shots consistently ended up derailing The Hoosiers in The Tourney, BUT they made it, AND I was believing the Woody hype HARD.

Then TJD goes and does something crazy like skipping out on the NBA Draft. Race stays. Galloway and Bates coming off the bench. I'M FULLY TORQUED.

The hype couldn't have been bigger around IU's freshman this year, fans know IU can't be successful without consistent shooters. IU now has them. In the first few games, the guards have played great against lesser opponents. The important part is they look like they are playing free and hitting shots.

You want to be in the lower right quadrant. Look who is there. The guards knocking down shots is key, but I believe this will be the year that TJD breaks out the midrange game at a steady clip. Videos of Trayce were being tweeted during the offseason of him knocking down long range shots, now we need it during a game. It's going to happen. This is the season.

Indiana faces their first tough test of the season tonight against Xavier, where their head coach Sean Miller can enact his revenge on the Hoosiers for firing his much littler brother, Archie.  I care more about the team clicking at the end of the season, but Indiana would shut up a lot of haters if they came out strong and won tonight. Good teams get wins on the road, and beating a team like Xavier tonight would show that Indiana is no fraud.

Disclaimer: If Indiana Basketball drastically underperforms this season, with this roster, why keep trying?

OR, give Kelvin Sampson a blank check and tell him how sorry we all are.