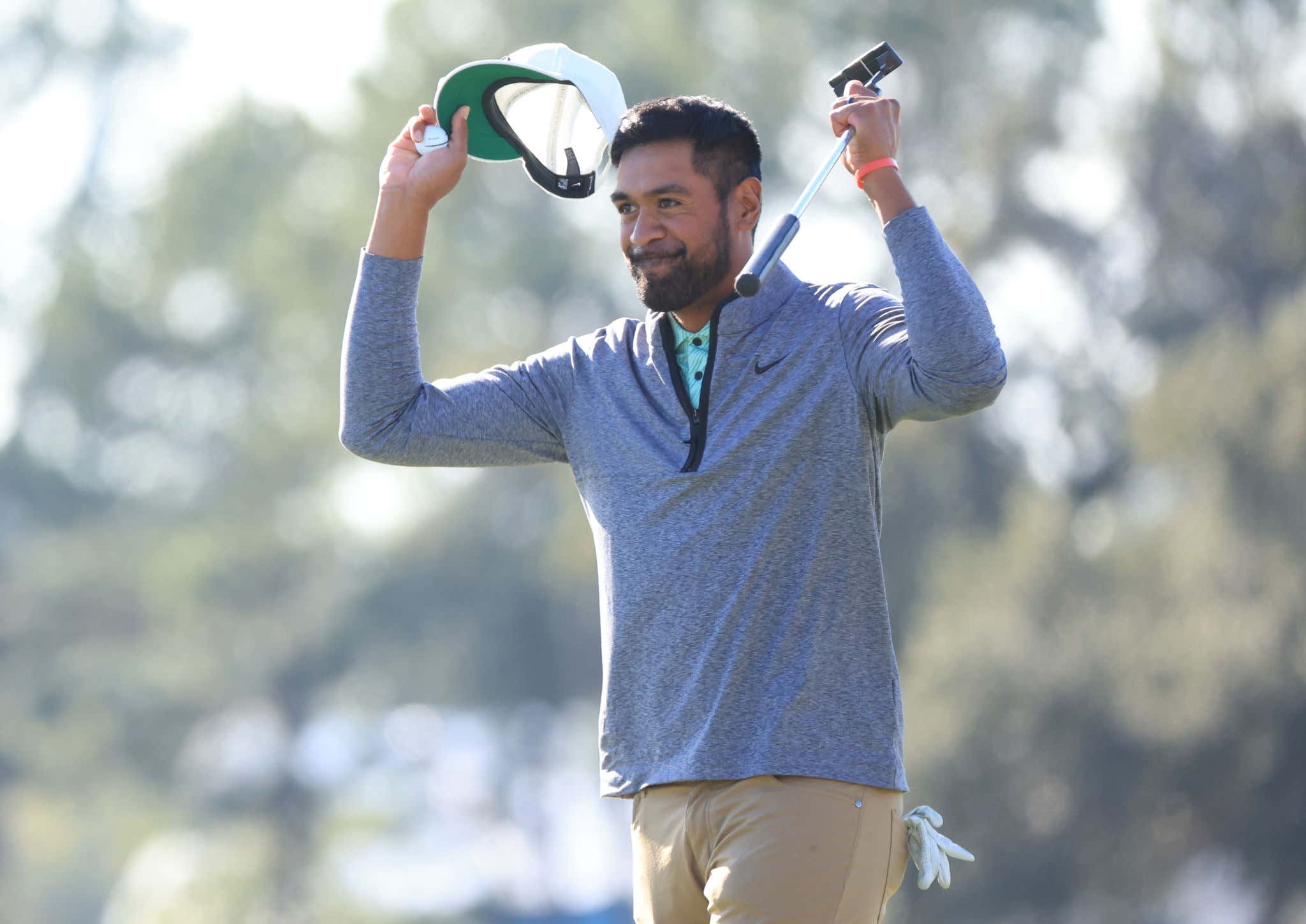 You can hardly blame Tony Finau for withdrawing from this week's RSM Classic. The big man just absolutely steamrolled the field at the Cadence Bank Houston Open for his third win his last seven starts and his fourth over the last 14 months. The RSM is also the last official PGA Tour event of the calendar year, so it's easy to understand by Finau would want to pack it in one week early and enjoy his recent success.

Finau was the clear betting favorite this week and, at world No. 12, he was the only guy in the field ranked inside the top 25 of the world rankings. The field for this week's DP World Tour Championship holds the edge in top-level talent, with seven of the top 25 set to tee it up in Dubai: No. 1 Rory McIlroy, No. 5 Jon Rahm, No. 9 Matt Fitzpatrick, No. 11 Viktor Hovland, No. 20 Shane Lowry, No. 23 Tommy Fleetwood and No. 24 Ryan Fox.

Weird, then, that the winner of the RSM Classic will receive somewhere around 37 points, while the winner of the DPWT event will get just 22. Consider that Collin Morikawa received 46 points for winning the Dubai event last year against a similarly strong field.

What gives? It essentially comes down to field size: the RSM Classic is a full-field event at 156 players, while just 50 are playing in Dubai. The world rankings are determined by a new formula that went into effect in August, and the changes are comparatively benefitting PGA Tour events. The reason: the new formula really, really devalues limited-field events. It used to be that if a few top players were in a field, they'd carry the "field ranking" to a respectable level. If you won an event against a couple of top 10 guys, that came with a big reward. But since the change, the "field ranking" depends far more on the quantity of good players in a tournament, not just the quality of the players.

Also gone from the world rankings are certain events being given a guaranteed minimum number of points. A OWGR-certified tour's flagship event used to come with a certain ranking status, and all DPWT events used to award at least 24 points to the winner. Telling that the first DPWT championship event since the shift offers less than last year's Magical Kenya Open.

The logic behind the field-size change is that it's harder to beat 155 guys than to beat 49 guys, even if the top five of those 49 are better than the top five of the 155. Rory McIlroy, in between shooting daggers at Greg Norman, explained it nicely on Tuesday—even if his numbers were slightly off.

“So just in terms of how the strengths of field is calculated, they have 90 more players to contribute to their strength of field. The reason that this event has 21 points and the RSM has got 39 is the person that wins the RSM has to beat 139 other guys. You only have to beat 49 other guys here. It's a much fairer system.

"(People that are upset are those) used to getting a certain amount of World Ranking points in one event and now it's dropped. But I would say those events were getting more than they should be. I think it's the fairest system that you can come up with right now. And a lot of work went into that.”

LIV Golf, of course, is still hoping to offer any world ranking points at all when it resumes in February. They're quick to point out that the OWGR's board features many of the same decision makers from the tours—including PGA Tour commissioner Jay Monahan, DPWT chief Keith Pelley, USGA CEO Mike Whan and R&A head Martin Slumbers—but there does seem to be a bit of momentum toward eventually granting LIV points. (They've applied for OWGR certification but have not yet received it). But if this week's DPWT event is any preview, LIV's world ranking footprint going forward will be limited by the very nature of its 48-man events. Come to think of it, the Dubai event has a field that's pretty comparable to a normal LIV field: about 7-10 top-quality players with some lesser-known names filling the bottom of the tee sheet…and, according the OWGR algorithm, the PGA Tour event is about twice as hard to win as the limited-field one.

Pretty inside-golf stuff here, but welcome to my brain. The takeaway: even if LIV gets world ranking points, it won't be nearly as many as they want. Then, if the past year is any indication, LIV will complain about not getting enough points. Very publicly.