Kay Adams: "People are still crediting Bill Belichick because obviously he's a legend and he's turning that team around in November and they're winning and still alive in the AFC East. ... What is that face?"

LeSean McCoy: "You were going great until you said Belichick."

Adams: "Because you think he's not one of the better coaches in the league?"

"I’m just being honest. People hate for you to be real about Belichick. I think he’s a good coach. But all the ‘greatest’ and ‘we’ve never seen anything like him.’ That’s all bullcrap.”

Ah, this again. This perennial that you plant once and it's guaranteed to bloom every year. A weed that will never be eradicated. No matter how many years into the past Belichick's record in Cleveland fades, we'll be counting it forever. Two rebuilding years. A playoff victory in Year 3. And in Year 4, Art Modell announces to the world that he's moving the Browns to Baltimore, and the whole castle Belichick had carefully constructed brick by brick burns down, falls over, and sinks into a swamp. Yet here we are, almost 30 years later and people can't stop revising history to turn his Cleveland career into a failure.

But when it's LeSean McCoy talking, this fake narrative is sort a tradition. He's been spouting this same line for years. Every time he's put in front of a hot mic he's got Belichick's career record chambered and ready to fire. And Kay Adams gave him the opportunity to pull the trigger. Despite the fact she is objectively correct about the fact he's got his team winning:

And to be perfectly honest, I don't even mind. Bring it on. Shady McCoy is as effective as criticizing Belichick as he was at beating him, with a career 2-7 record facing the Patriots.

Or running the ball against him:

Or catching passes against him:

All well below the career average of a six-time Pro Bowler and two-time All Pro. And since we're being honest and keeping it real, that was against the defenses that Belichick designed, installed, maintained and game planned, while Brady was on the sidelines having nothing to do with stopping McCoy from beating anyone. Somehow that just "a good coach" managed to solve the indecipherable riddle of LeSean McCoy better than the other coaches he things are just as good if not better. 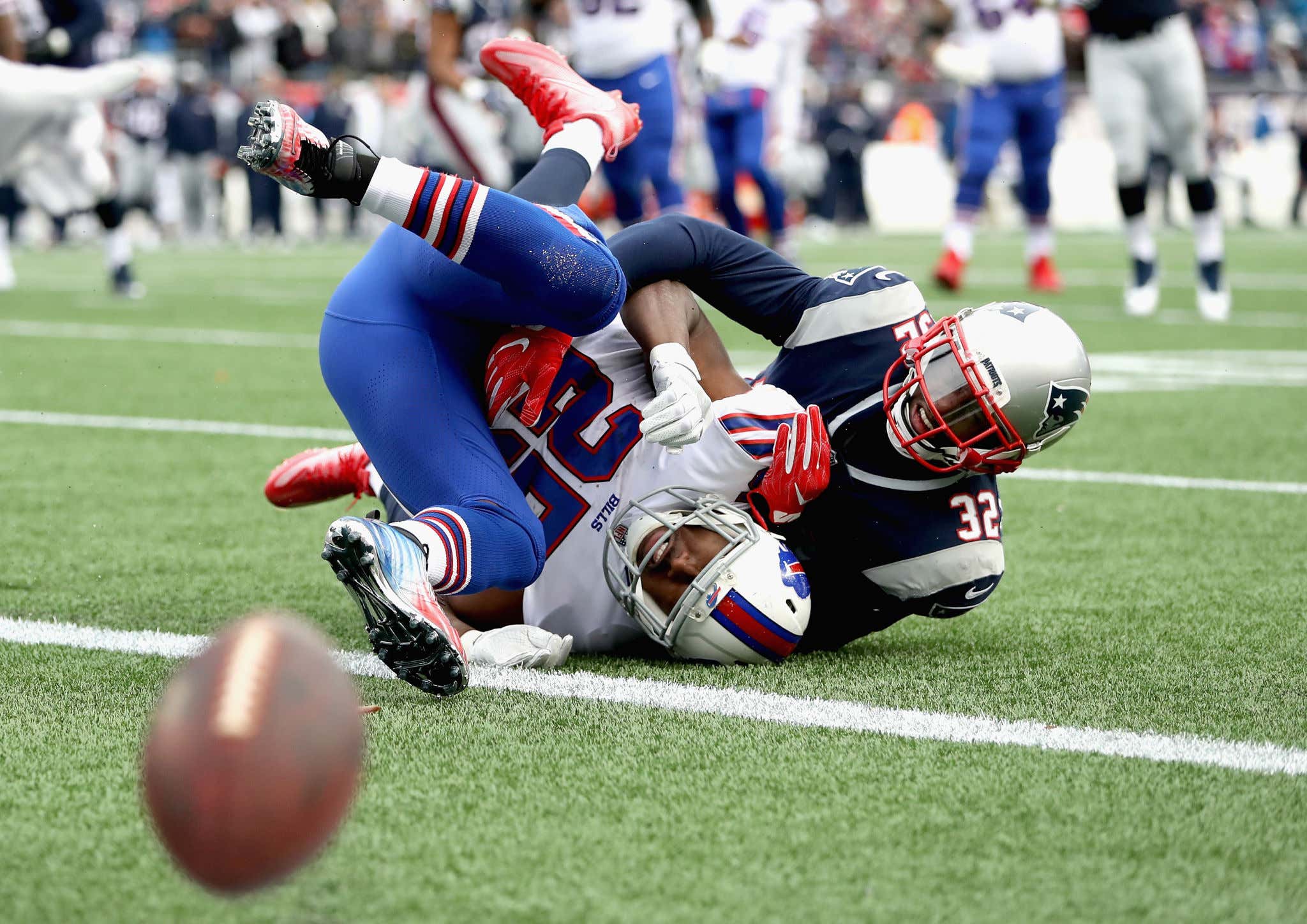 So thanks for this. It's always fun to revisit this discussion, be it coming from Shady or anybody else. Especially when Belichick is coming off a year in which he won 10 games with a rookie quarterback. And is currently in line for a playoff spot. And a win Sunday at home against the Jets (Patriots are -3.5) will move him up further into the seedings. Then it's always good sport to hear about those years in the early '90s when he took over the worst team in football and went 7-9 with them twice. Or went 5-11 while digging the Patriots out of salary cap Shawshank in 2000. But if you'll excuse him, Belichick has no time for the discussion. This average coach has a team to take to the postseason. Again.