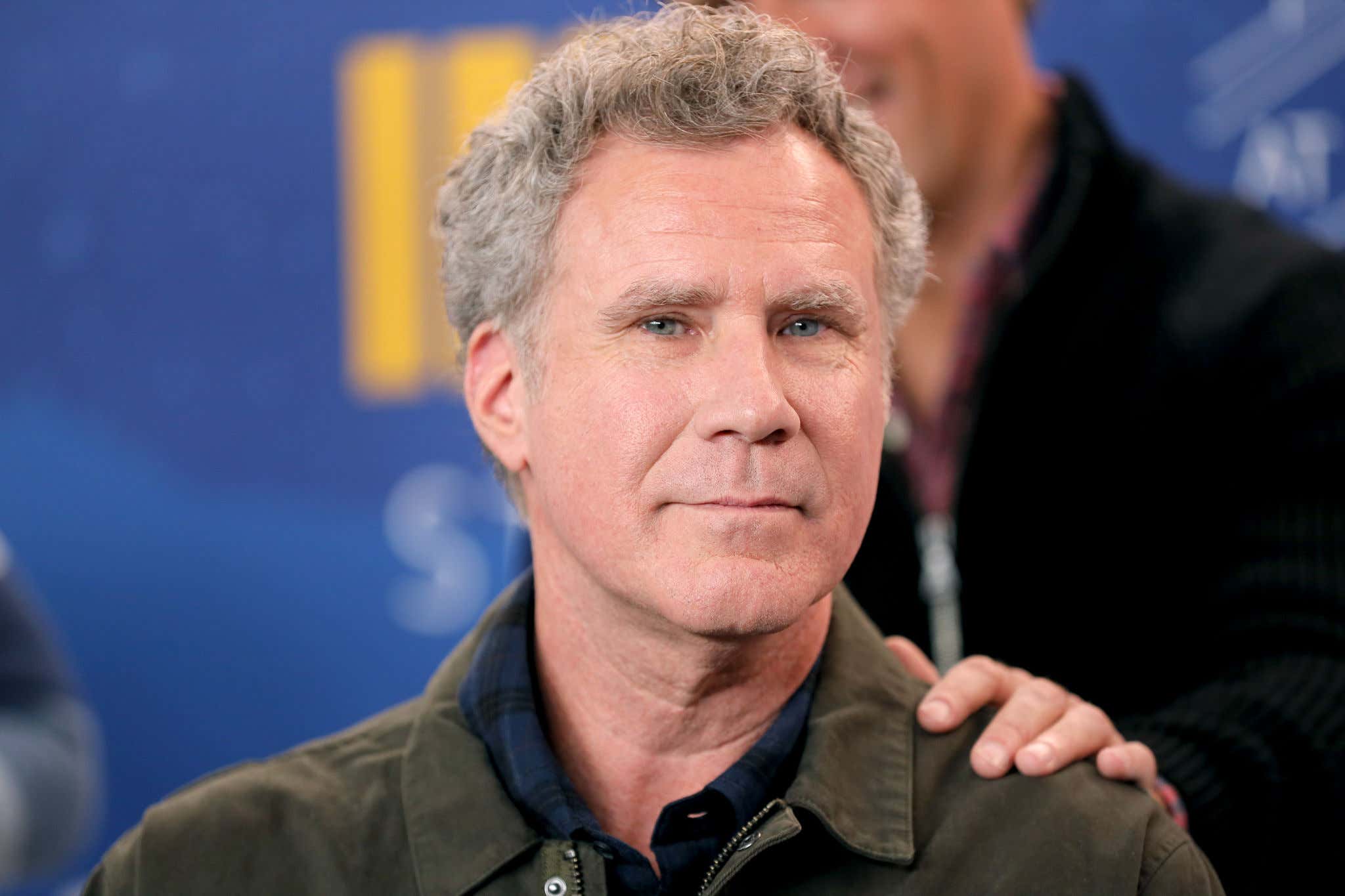 SOURCE - While doing press for his upcoming movie “Spirited,” Ferrell, 55, was asked what famous props he’s kept from his movies over the years.

Ferrell told the UK’s “This Morning” that his “most valuable” prop was the prosthetic testicles from the 2008 comedy.

“I have some interesting mementos from some of my films, but the most valuable one is from ‘Step Brothers’ — some testicles!” Ferrell admitted.

“The testicles I put on a drum set. I bring them out for dinner parties. I have a special box I keep them in.”

This just seems sad to me. Step Brothers was (and still is) a very funny movie. So was Anchorman, Talladega Nights and Elf. All of them are great comedies. But this is what he does at dinner parties? He breaks out a 14 year old movie prop? It just seems like such a try hard move. Does his wife need to pretend to be shocked each time he does this?

I look at Will Ferrell's career and wonder what happened. You could make a good case that Step Brothers was the last funny movie he made. George W. Bush was still president when that came out. That's a long time ago. It's tough for comedians to stay relevant and funny for a long time even for the great ones like Ferrell.

Another SNL star that had a seamless transition to movies was Eddie Murphy and he had a similar career path to Ferrell where they headlined huge comedies for almost a decade until audiences just weren't interested anymore. The same goes for Dan Aykroyd and Chevy Chase and even a non-SNLer like Jim Carrey. Bill Murray might be the exception to that rule but he was able to shift over to more dramatic roles as he got older. Maybe there is some subconscious thing among moviegoers where after about a decade, they don't want to see these people be funny anymore.

Will Ferrell seems like a decent guy although his falling out with Adam McKay over wanting to play Jerry Buss in the HBO show Winning Time seemed weird. But they've also worked together for years and maybe Ferrell felt like he earned the first shot at that. I hope Ferrell can find a new gear and get back into making funny or interesting movies again. At the very least, I hope he can start relaxing at these dinner parties and start just having good conversations without breaking out fake testicles or making whale's vagina jokes.