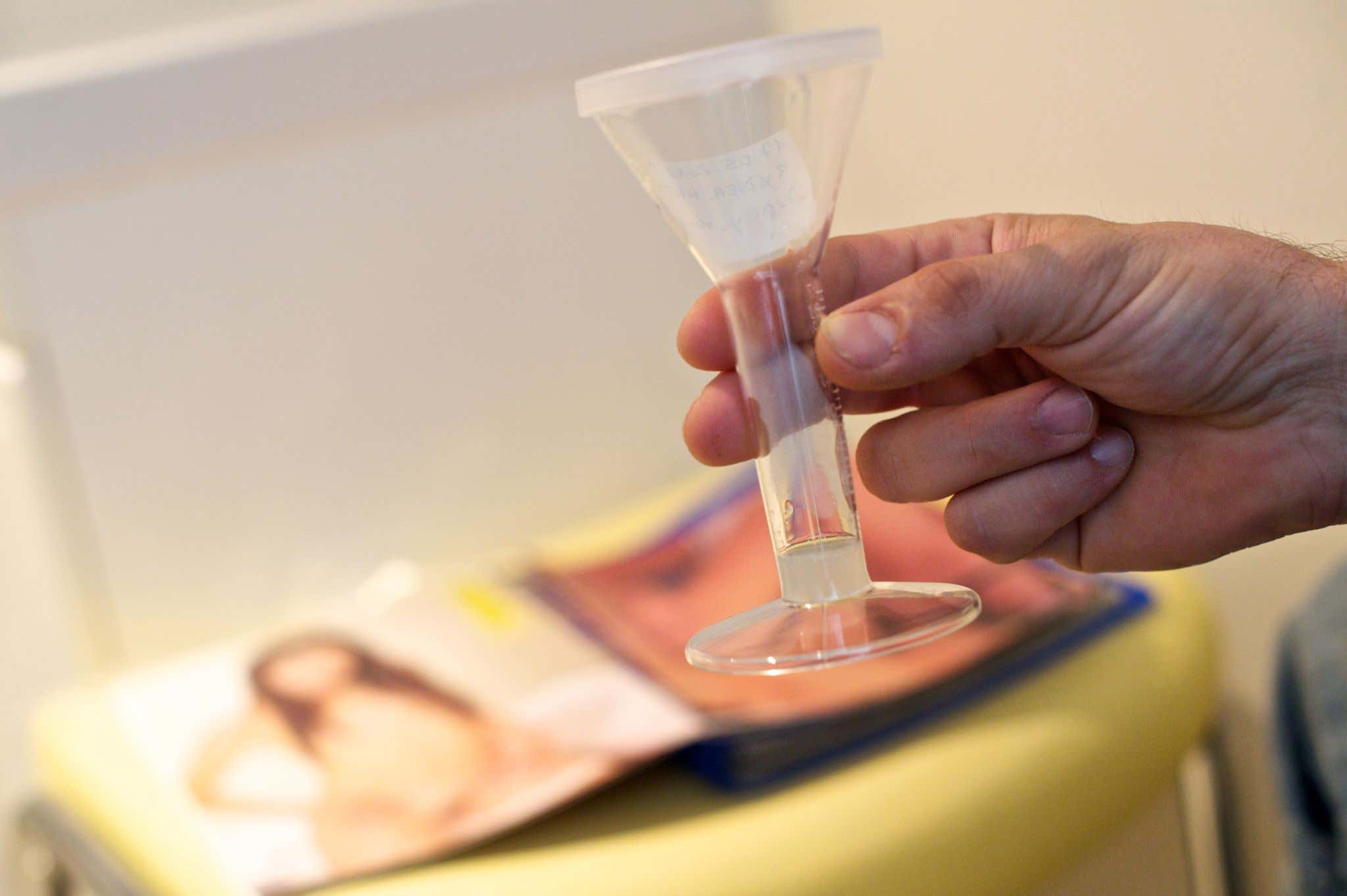 Counts have more than halved since the 1970s.

And the decline has only accelerated since the turn of the century, according to a global analysis.

Scientists tracking the data, taken from 50-plus countries, said 'we have a serious problem on our hands'.

Men's bulging waistlines are blamed for the worrying trend, as well as 'everywhere chemicals' in the environment.

Egads! A threat to mankind they say. It amounts to a crisis they say. If you read the entire article, it's very dark. Here's the TLDR; reduced sperm counts means more cancer, early death, and the end of human civilization (i.e. we are all fucked).

They say the decline in sperm is due to a combination of people not taking care of their themselves, and "chemicals" we put in the air (I bet they believe in global warming too).

Call me an eternal optimist, but my first thought was, "Well we're pretty overpopulated. Sounds like this might be a good thing." As it mentions in the article, the world population recently passed 8 billion people, and is expected to exceed 10 billion by 2100 (we'll be dead by then). I can't even wrap my mind around how many people that is. I need Bill Nye The Science guy to present me with a demonstration where 1 pebble = x amount of people to help me visualize it. But according to the article, a population of 10 billion people by the year 2100 isn't good enough. Apparently, that number should be higher. I disagree.

As the great Bill Burr once said, "Nobody has the balls to come out and just say, '85% of you have to go.'"

What if the sperm count declining is the best case scenario for us? We obviously can't just start offing people, because that would literally be genocide. I would like to be very clear that John Rich is anti-genocide. I don't think it's appropriate. Nobody deserves to die, unless you're a serial killer, or you hold up the line at gas stations by playing the lottery at the front counter. I think we can all agree that serial killers and lottery-at-the-front-counter people don't deserve to breathe air.

But think about what a decline in the birth rate would do for our children. It would make them more likely to play in the NBA. According to credible website dunkorthree.com, anyone pursuing a basketball career has a .03% chance of playing in the NBA. Those chances aren't nearly high enough for me to justify going full Todd Marinovich Dad-mode on my child, and ruining his life my shoving my dreams of having an NBA child down his throat. That would rob him of his childhood, and ruin sports for him altogether.

In the end, he might get a D1-scholarship to Wright State, or walk-on to a school like Rutgers, but our father-son relationship would never be the same. Thanksgivings would be tense for the rest our lives. Maybe by the time he turns 30, we'll be able to salvage our relationship with a big dramatic, tearful conversation about how I put my dreams ahead of his well-being. But I would be 65 by then. I'm a heavy smoker in this scenario, so I likely would only have 5-10 more years to live. It just isn't worth going through all that for a .03% chance at the NBA.

However, if you get that number up closer to .10%, then I think I could convince my wife that it's worth it. Have you seen how big these NBA contracts are? You don't even have to be good to make an insane amount of money. Lou Dort is signed to an $82.5 million contact. In an underpopulated world, I could absolutely turn my 6'0" white son into Lou Dort.

Sure, on the surface, a dramatic decline in sperm counts seems scary. According to this article, it might be the end of the world as we know it. But there are plenty of good things that could come from a steady decline in population. In conclusion, I think the declining sperm count is a good thing for me and my future NBA son.