Look at this. Just look at it. THREE healthy starters on offense from the day 1 starting roster. Among the injured are two $20 million dollar receivers in Allen + Williams and an all-pro LT in Slater. Of the 23 offensive players you see here, SIX are completely healthy.

On defense, their depth at D-line has been crippled by injuries and by an apparent bad attitude from former 1st round pick/bust Jerry Tillery who they released last week. What's worse is that they are also down 2 of their most expensive and valuable players in Bosa and J.C. Jackson.

What the fuck is the issue here? How is this even possible? 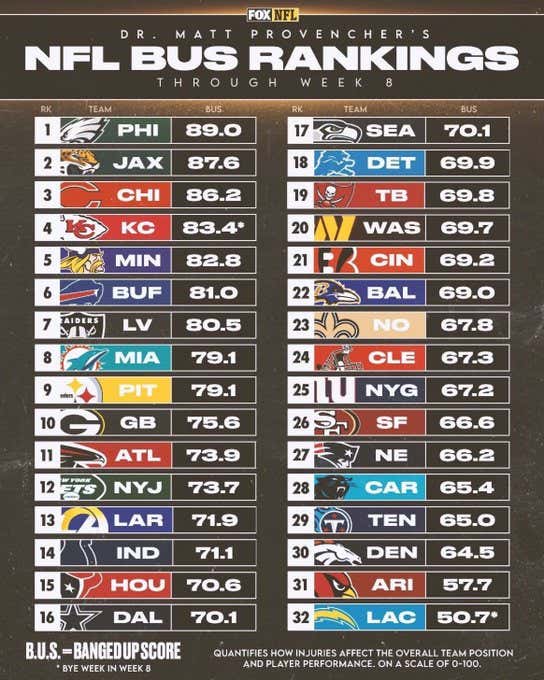 This graphic doesn't even take the last game's injuries into account. Is it the garbage turf at SoFi that every player hates? Partially but not all the injuries happened on turf. At the very least, part of this has to be on the sports performance staff of the Chargers.

CODY, TONY, JONATHAN AND LUCIUS. Sounds like an awful ripoff of Dude Perfect. Staley switched to a sports performance setup after he was hired because that is what they used while he was with the Rams who are generally one of the healthier teams in the league. However, it doesn't seem like that is working AT ALL for the Chargers. You can blame a few injuries on bad luck but not this many.