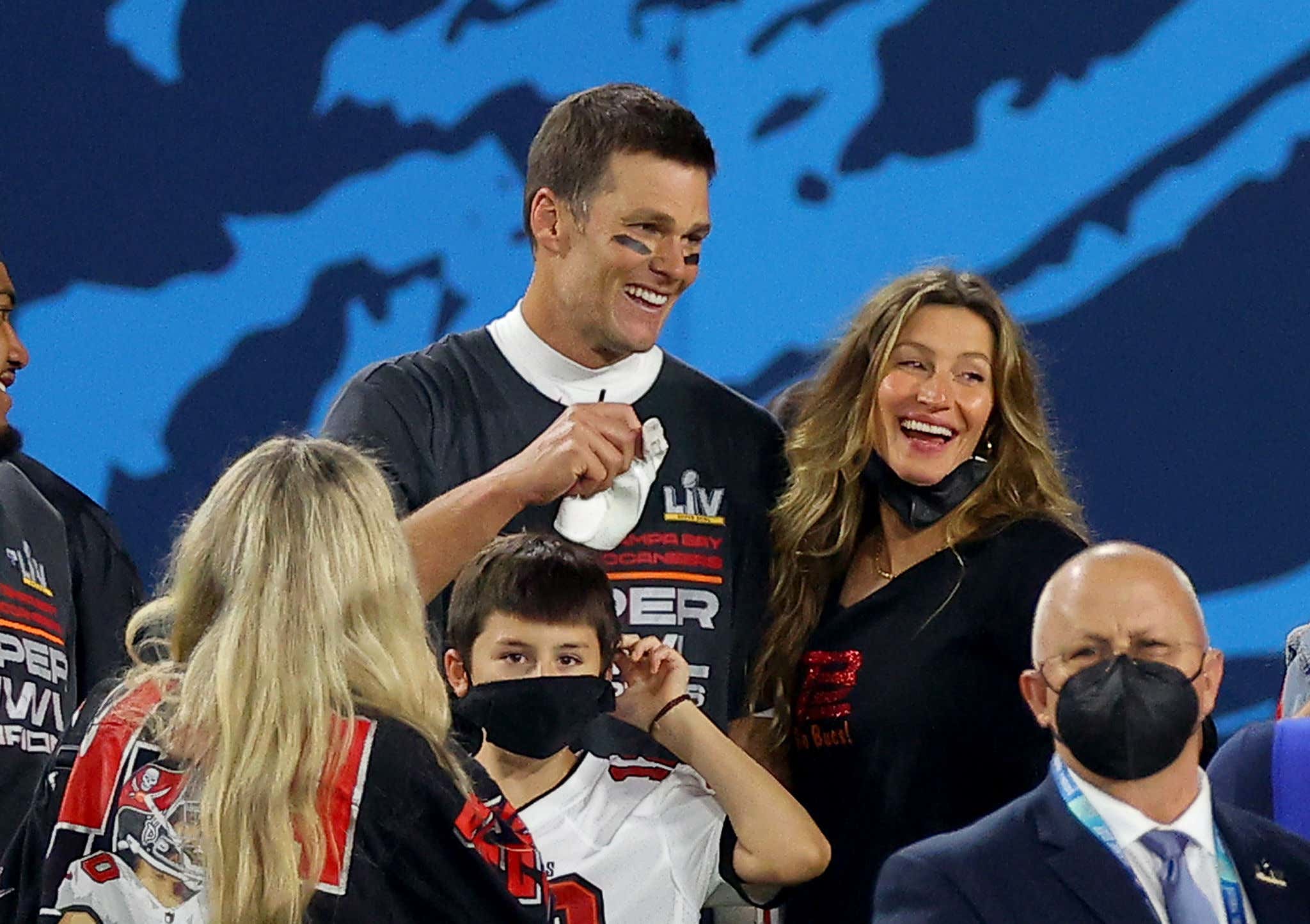 There are as many ways to deal with divorce as there are couples getting divorced. As the late, great Mr. Rogers put it, "Divorce seldom comes as a 'solution' to stress, only as a way to end one form of pain and accept another." Which is true even in the best of situations. Or as the equally late and also great PJ O'Rourke said, "You can elicit much more sympathy from friends over a bad marriage than you ever can over a good divorce."

For his part, Tom Brady has coped with the loss of his marriage by embracing his first love, football. He and that often fickle mistress have reconnected in ways they hadn't during the previous few weeks, with victories on two sides of the Atlantic. Just like old times.

Well not one to sit home by herself and watch her man fall back in love with her one and only rival, Gisele was putting herself out there over the weekend:

Source - Gisele Bündchen has a new man in her life after her divorce from Tom Brady, stepping out with jiu-jitsu instructor Joaquim Valente on Saturday.

The duo grabbed a bite to eat at Koji in Provincia de Puntarenas with the 42-year-old model’s two children — Benjamin, 12, and Vivian, 9. …

In February of the following year, the businesswoman tried her hand at jiu-jitsu, calling Joaquim, Pedro and Gui “awesome teachers” via Instagram.

For starters, good for Gisele. It can't be easy for a single mom in her 40s to get back on the dating circuit after so many years of monogamy, child-rearing and putting your husband's career ahead of hers. It's got to be like learning to walk again after a major accident left you bed-ridden for a while. Remembering how to keep the dinner conversation going without it getting awkward. Knowing when to laugh at his jokes, even the bad ones. Deciding where to draw that fine line between sharing and oversharing. The excruciating pressure of leaning in for that first kiss. Having to determine how far you'll go on those first few dates. One of the great joys of marriage is realizing you'll never have to go through all that again.

But then you see that jiu-jitsu video and it seems pretty obvious there's no awkwardness going on between these two. The issue of whether or not they've got what they call on The Bachelorette "physical chemistry" is answered in a big affirmative right there. After that much contact going all the way is just a formality. In fact, if you told me she got pregnant during one of those three kicks to his groin, you'd get no argument from me. There are couples who have been married for decades who don't have this level of intimacy. (I speak from experience.) So it wouldn't at all be surprising if this Joaquin Valente has been hanging around as a backup plan all along. Playing the long con. What my friends and I always called "playing the investment game." Good for him it's already paying dividends.

Here's the thing with that though. Imagine you're this guy, facing this impossible task. Even if you've got a solid relationship with Gisele and all the physical attraction that can only come from her flipping you over her back and getting you in Figure-4 Leg Locks, , you're still put in the position of replacing the Irreplaceable Man. You're trying to be the rebound of a woman who spent 15 years with the genetically perfect human. Even if you're the greatest martial arts instructor the world has known since Mr. Miyagi, you're still walking into this situation seven Super Bowl rings shy of the last guy she was with. It's got to be like dating Lois Lane. No matter how witty and charming you are over dinner, she's going to be measuring you against a guy who draws power from our yellow sun, can shoot lasers out of his eyes and change the course of mighty rivers. And God help you if she needs you to leap tall buildings in a single bound so she's not late for her shift at the Daily Planet or fly fast enough to reverse time so she can find out where she left her sunglasses. No matter how good a specimen you are, you're screwed.

So at this point, we don't know anything about this Joaquin guy. Other than how he makes his living. That he has no problems going on a date dressed like he's going out to do yardwork. And the fact that he's got to have a super human level of self-confidence to even attempt to replace Tom Brady in Gisele's life. As Cam Newton discovered, that is not something just anyone can do.