What a day for the Neigh-sayers!

This morning couldn't have started out any better. I woke up promptly at 11am, and turned on whatever the fuck CBS calls their Sunday morning football show. I was greeted by ex-NFL coach/sour puss Bill Cowher, with a diaper full of poop, complaining about the Colts hiring the "wildly under qualified" Jeff Saturday.

A DISGRACE TO THE COACHING PROFESSION HE SAID! HE DOESN'T DESERVE THE JOB HE SAID! As soon as I heard Bill Cowher disavow Jeff Saturday's coaching credentials, I knew it was going to be a good day for the horse.

Things got weird this afternoon before the game even started, when Indianapolis Colts Head Football Coach Jeffrey Bryant Saturday announced that he will be starting 37 year old quarterback Matt Ryan, as opposed to the younger, less talented Sam Ehlinger.

The Sam Ehlinger era is one that Colts fans will remember fondly, but it had to come to an end eventually. Let's have a moment of silence for Sam Ehlinger's career. 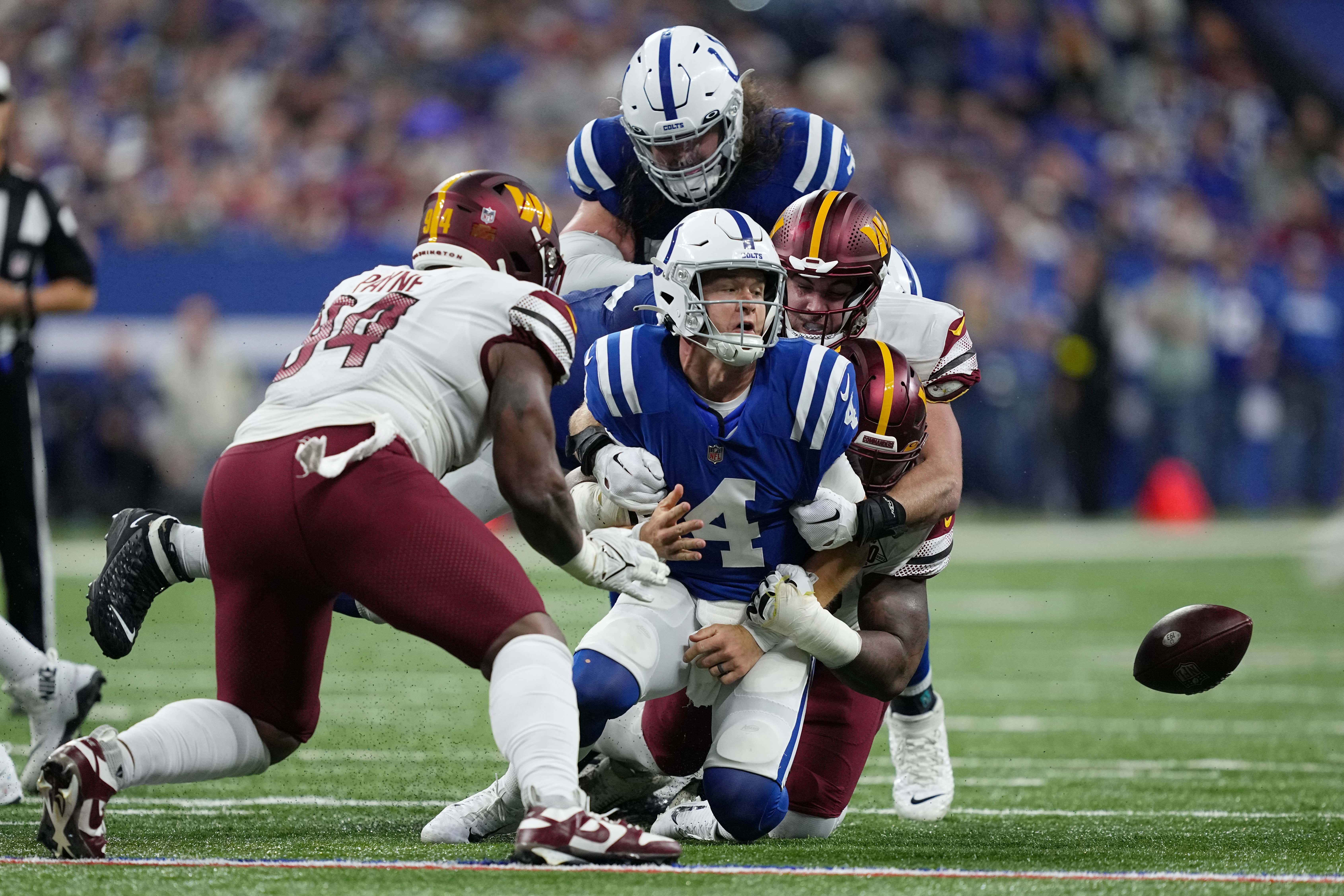 I will always be appreciative of what Sam Ehlinger did for the Colts organization. I truly enjoyed the 4-day stretch of time where I talked myself into thinking that Ehlinger could be a part of the Colts future. Maybe it will still happen, although nothing he has shown us on the field makes me think he is anything other than bad and terrible.

Matt Ryan on the other hand… what a professional! People forget that Matt Ryan once had a 25 point lead in the Super Bowl. There's not many quarterbacks in the world who can say that. And did you see him on the field today? I bet you thought Matt Ryan was nothing but a pocket passer. Well think again bitch.

Matty "Fast Legs" Ryan wasn't the only Colt who came to play today. We finally got Johnathan Taylor back from injury, and he didn't miss a beat.

It was a perfect game for the Colts. Sure the Las Vegas Raiders might be the only team in the NFL that is a bigger dumpster fire than we are, but that's not important right now. What is important, is that the Jeff Saturday era has officially begun.

Now you might be asking, did Jeff Saturday actually do anything? Did Jeff Saturday come to the stadium on Monday with a whole notebook full of new plays and strategies that took the Colts over the hump, and pointed them in a whole new winning direction? Or did they just stick him on the sideline with a clipboard and a disconnected headset to make him think he's doing something, like when you give your younger cousin an unplugged Nintendo controller? Who cares?!?! It doesn't matter!! Who cares if some guy named Park Frazier up in the press box who got 2 minutes of screen time is doing all of the heavy lifting behind the scenes.

Thanks Park! Appreciate the hard work! But I will be giving Jeff Saturday 150% of the credit, because it's way funnier to act like someone with zero experience is good enough to win a football game on his own. Jeff Saturday is an undefeated football coach! Fuck you Bill Cowher! Fuck you everyone who cares about the sanctity of the NFL! As of this moment, there is not a single coach in the history of the NFL who has a better winning percentage than Jeff Saturday. Not too bad for a disgrace to football.

Just watch Saturday's post game speech from after the game. He's got me fired up. He sure sounds like the type of coach I'd want to play for. Give me a coach who gives a shit, and knows how to motivate people. That's over half the battle. 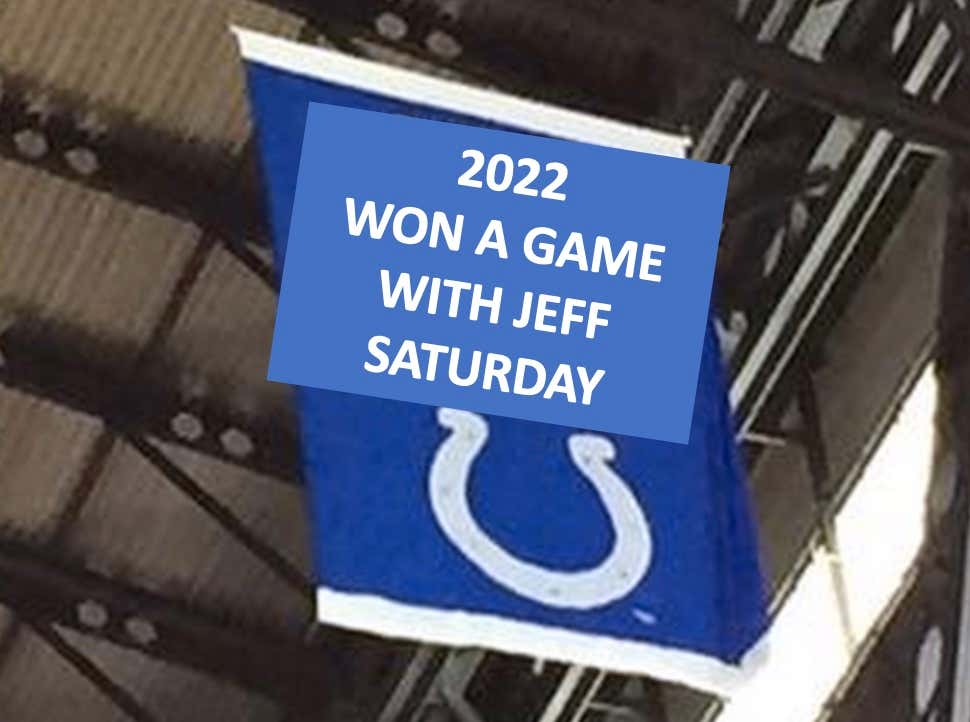 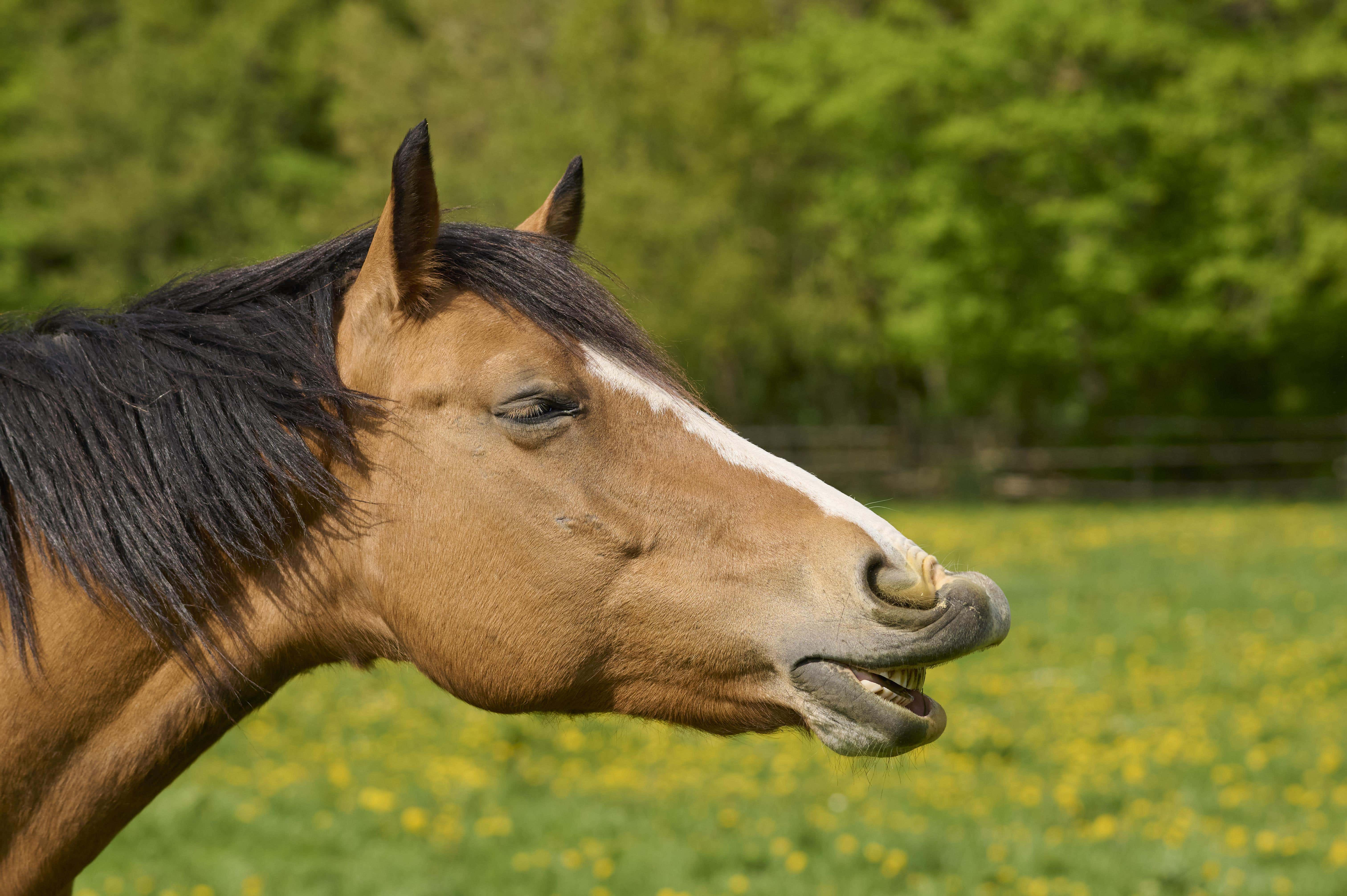