Honestly though, even if I could, I don't think I want to post fully exposed boobs. It takes away from the mystique. I like to leave something to the imagination. But just so you know, if you type in "Boobs GIF" into Google Images, there's some really cool stuff that comes up.

I've been watching football my entire life. One thing that always gets the people going, and gets the boys on the sidelines fired up, is a good ol' fashioned hurdle. There's nothing like watching one supreme athlete leap over another. It's always so exciting, so unexpected. When you're watching a game, you never expect a hurdle. It always takes the crowd off guard when it happens, resulting in an eruption of cheers. But if you really think about it, has a hurdle ever resulted in more than like 5 extra yards? 10 max? It takes so much effort to hurdle a defender, and when the runner lands, he's lost all momentum. He's exhausted. If there's another defender within 15 yards of him, he's goin to get caught up with immediately. When you consider the risk/reward, is hurdling a defender every really worth it? Look at what happened yesterday?

Even if that hurdle was successful, best case scenario is an extra 5 yards. Remember that Sam McGuffie guy who essentially earned a scholarship based off a few successful hurdles?

That particular hurdle was clearly worth it, but they're few and far between. If memory serves me correctly, he got a scholarship to Michigan, never saw the field, then transferred to Rice where he probably got some playing time, but nobody gave a shit. A few good hurdles was enough to convince an premier college football program to sign a white running back. That's the power of a good hurdle.

Another thing that gets the crowd fired up, is when a ref falls over. Referees are in a tough spot to begin with. Best case scenario, a referee does a great job, and nobody notices him. Peak referee performance is to be full ignored.

I may have gotten a small town mayor cancelled this week. I'm not going to elaborate, because I don't want to ruin this guys life, but it happened. If you do some research you can maybe figure out what I'm talking about, but the tweets have been deleted, and the mayor has deactivated his Twitter account, so it'll be tough to dig up.

I have a question. Who the fuck does Pickleball think they are? Pickleball is getting far too much attention for my liking. Apparently, there's a Professional Pickleball League, and for some reason, every famous athlete in the world is investing in a team. Here are some of the people who have invested in Professional Pickleball teams: LeBron James, Tom Brady, Kevin Durant, Drew Brees, and Draymond Green. Pretty big names right? Suspiciously big names. There is no way Pickleball has that much juice right? Maybe it does. Because just yesterday, I saw this shit advertised on my television.

After me and my friend Kyle Busch (not the NASCAR driver) won the 8th grade Bowling Green Junior High School-Wide Pickleball Tournament, I thought I would never hear about Pickleball again. But now I have Stephen Colbert and Tom Brady shoving it down my throat. I refuse to believe that Pickleball is actually going to take off. There is just no way that happens.

I went to the Barstool Invitational in Philadelphia at the Wells Fargo Center last night. Somehow, I ended up spending a majority of my time with Tiko Texas. I've been cool with Tiko ever since I started with Barstool, but this is the first time I've really spent any time with her. We took this hot selfie together. 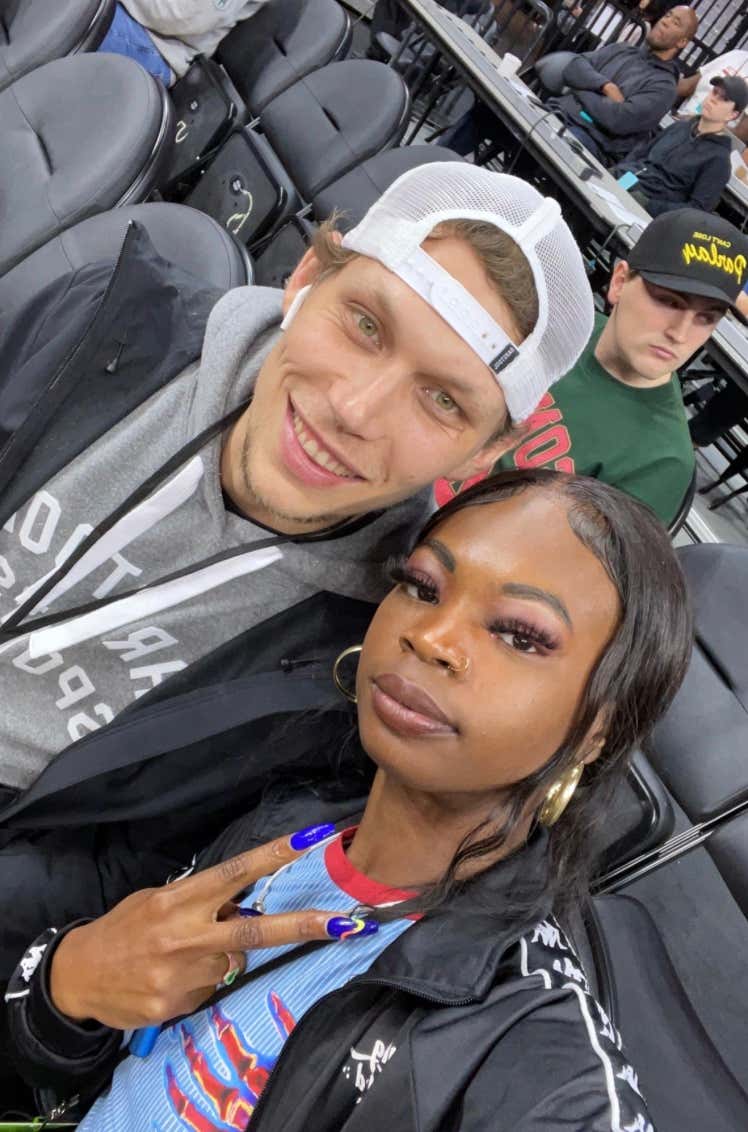 I must say, Tiko is a delightful person to hang out with with. People don't give her enough credit. She knows exactly what she's doing. She knows who she can yell, "FUCK THE PHILLIES!" at, and who she can't. Despite this video, at no point did I feel uncomfortable, and at no point did I feel like I was going to have to diffuse a situation between Tiko and a group of drunk Philadelphia Phillies fans. It was all in good fun.

On one hand, the Barstool Invitational was a very professional, well run sporting event. On the other hand, it was the dumbest thing I've ever been a part of. It didn't really hit me how dumb it was until we reached halftime of the first game.

Something about the Jumbotron saying, "If a Yak member hits a 3-pointer, a random row will win free Pizza Hut." really made me realize how ridiculous this entire operation was. I'm sure most people in attendance were Barstool fans, so they probably understood the bit, but you know there was a whole bunch of people who were so fucking confused.

My favorite part of Yak Basketball was the Pizza Hut guy. I didn't watch the live broadcasts on Barstool.TV, so I never got an explanation as to who this Pizza Hut character was, but he was an absolute menace on the court. He really emasculated KB No Swag (short) on this 3-point attempt

That's about all I got for today. As I'm typing this, the Indianapolis Colts are leading the Las Vegas Raiders 19-14. If I had to bet, I think the Raiders are going to pull this one out. But there is nothing in the world I would love more than for Jeff Saturday to rip off 3 wins in a row, and shut up all the stupid fucking NFL Analysts who are acting like the Colts hiring Jeff Saturday is a disgrace to football.