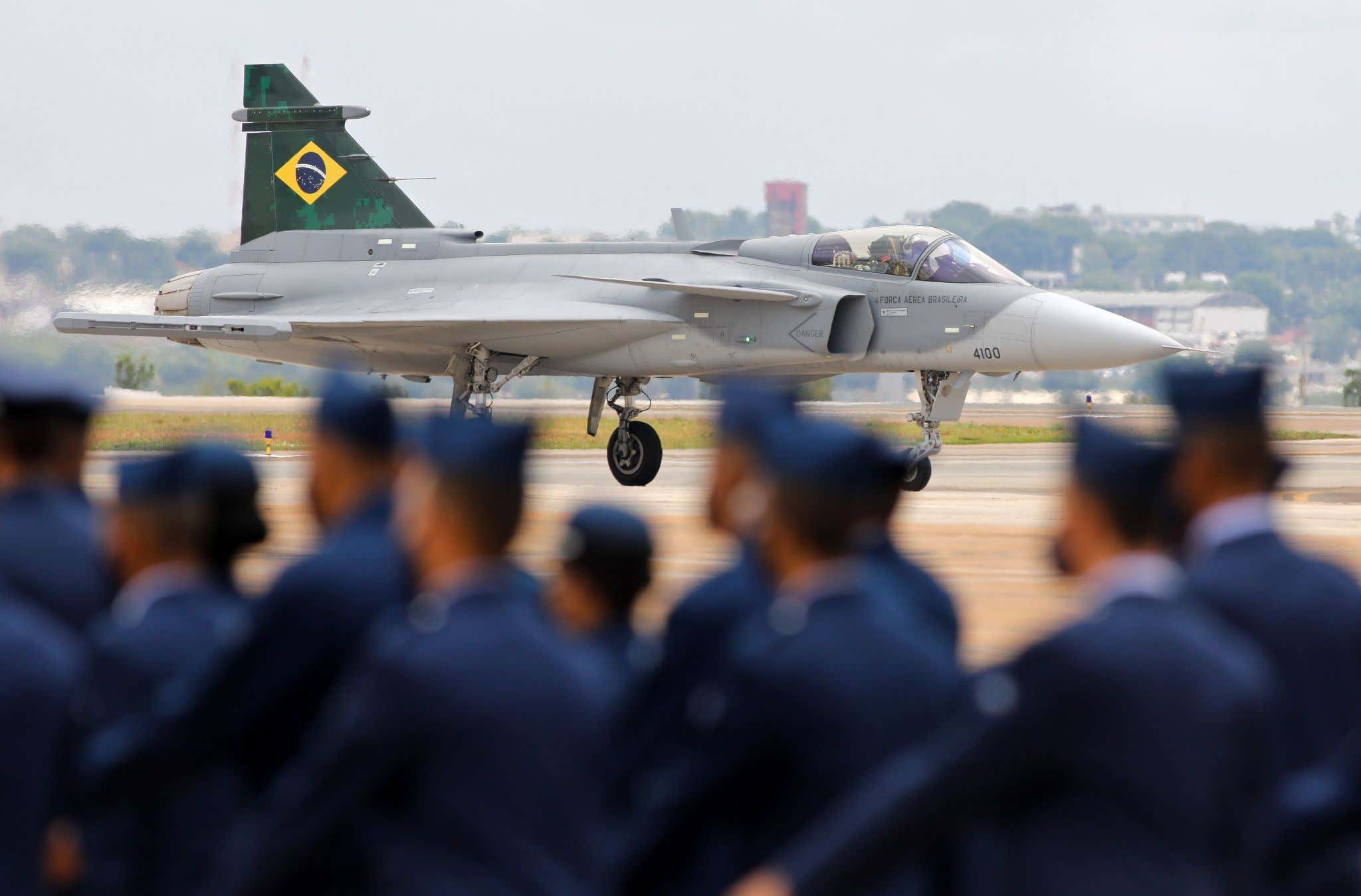 Early last summer, the Brazilian government conducted hearings into a series of encounters by their Air Force over San Paulo referred to as "The Night of the UFOs":

New York Post - Fighter jets chased mysterious bright objects – some of them 300 ft wide and traveling at 11,500 mph – in Brazil’s epic ‘Night of the UFOs’.

Five bewildered pilots testified to seeing 21 objects appear and disappear, while hundreds of troops on the ground also witnessed them – and air force chiefs admitted: “there is no explanation.” …

Over several hours, hundreds of witnesses, including the elite of the country’s military, saw strange objects that seemed to move at a terrifying speed.

Pilots found themselves looking at objects in front of them that didn’t appear on their aircraft radars – and sometimes the other way around – as the objects played “cat and mouse” with them.

And now a filmmaker has included the cockpit audio of one of the pilots caught in the middle of that Rebel-attack-on-the-Death-Star level military operation:

The Sun - CHILLING cockpit audio captures the moment a fighter jet pilot encountered a UFO [and is] included in new UFO documentary film Moment of Contact.

James Fox, the film's director, released the short clip from the encounter which occured on the so-called "Night of the UFOs". …

Moment of Contact includes the original audio from the mysterious encounter over Sao Paulo.

"It's not an airplane, what is this? There is three of them?," the fighter pilot radioed to the control tower.

Moment of Contact includes the famous encounter along with other Brazilian UFO incidents - focused on an alleged crash in Varginha.

It is claimed in 1996 a number of locals in town witnessed the crash and encountered a 4ft tall alien creature with brown oily skin and huge red eyes.

By way of background, realize that the photo in that Tweet was reportedly taken during this enounter. And that Varginha incident is more widely known as "The Brazilian Roswell," since, like in New Mexico in 1947, government agents are alleged to have threatened eyewitnesses that they'd better keep quiet about what they'd seen. And may or may not have inspired the birthday party scene in Signs:

Regardless of what the good citizens of Varginha may have seen 25 years ago and what their shadowy, vaguely menacing public employees - their Hombres de Preto - might have covered up, there's no hiding this audio. A highly trained, expertly skilled aviator at the controls of a multi-million dollar weapon of war, pushed so far to the edge by what he and his wingmen are encountering, that you can hear the astonishment and the stress in his voice.

Bear in mind, that this is not some unsophisticated rube living in the middle of nowhere panicking over some lights he saw in the sky over his farm. This is a steely-eyed missile man. Conditioned to high-stress situations like operating in hostile environments and surviving catastrophic system failures. But here he's all but blowing a gasket because there is no training for what he and the other pilots are dealing with.

Which is not some natural occurrence. Not some weather anomaly. And not swamp gas or weather balloons. That's the voice of a man encountering forces that are not of this Earth. At least not of Earth in this time or this dimension. And the more we get to hear recordings like this, the less the cynics get to claim there's "no evidence" these things exist.

I'm glad Brazil is releasing these materials. I'd love it if our own Department of Defense would pick up the pace on their recordings as well instead of just letting it out in tiny bits of information. But let's not hold our breath on that.