“Yellowstone” creator Taylor Sheridan directed the original “Wind River,” which starred Jeremy Renner and Elizabeth Olsen as a U.S. Fish and Wildlife Service tracker and an FBI agent who attempt to solve a murder on a Wyoming-based Indian reservation.

So far, only Martin Sensmeier is set to return in the sequel. In the first film, he portrayed a drug addict named Chip Hanson, whose sister’s death served as the catalyst for the central investigation. Additional cast will be announced at a later date. 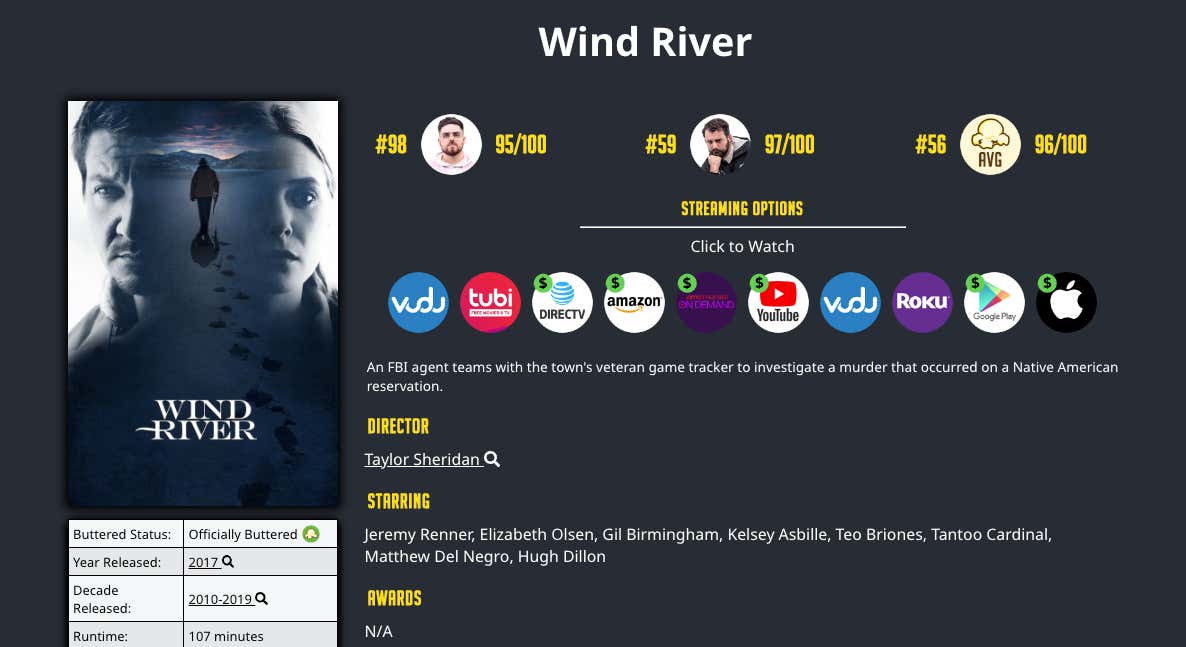 Like most Taylor Sheridan movies, 'Wind River' ranks among my favorite movies of the last few years. It is incredibly well acted, eerie, beautiful and insanely tense. This scene alone has to be considered one of the most suspensful and well put together moments in thriller history.

Unfortunately, it was a Weinstein joint that released right when that fatso pervert was going down the drain. So it never got the release it deserved and got ZERO love at award shows. Nevertheless, it remains one of the best movies of the last few years and one i will recommend to ANYONE.

Now, is this a movie that asks for a sequel. No. It ended on a perfect note that did not need any further exploring. Is it a movie that needs a sequel that doesn't have Taylor Sheridan's involvement? Absolutely fuck no. Especially not from a director whose biggest credit is showrunning 'The Falcon and the Winter Soldier'.

Sometimes, there is just no replicating the magic of an incredible movie. I think you can see this even with Sheridan's filmography alone. He writes a movie in 'Sicario' that is incredible and gets directed by arguably the best director not named Scorsese in Denis Villenueve and is shot by the best cinematographer in Hollywood in Roger Deakins. It has some big star power with actors like protagonist Emily Blunt and supporting actors like future oscar-winner Daniel Kaluuya and the incredible Jon Bernthal.

Lionsgate sees that success and decides to get a fast-tracked Sheridan script for a sequel except this time no Villenueve, Deakins, Blunt, Kaluuya or Bernthal. This is the result. 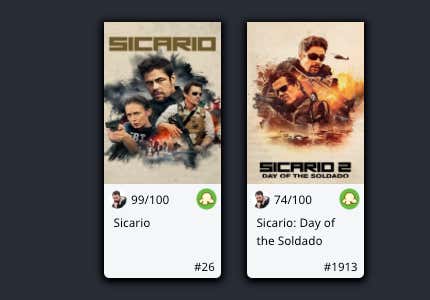 FWIW, here is the plot.

Per the official logline, “Wind River: The Next Chapter” picks up as terror has escalated on the Wind River reservation as a series of ritualistic murders remains unsolved. The FBI enlists Chip Hanson, a newly minted tracker for the U.S. Fish and Game, who becomes embroiled in a desperate and dangerous fight between the authorities, a vigilante and the Reservation he calls home.

No thanks, fellas. No thanks. You can watch Wind river on Tubi or prime video through FreeVee, PlutoTV and RedBox with ads.