It's been a whirlwind of a few weeks, as I've been on the road for over 10 days now. In the midst of all of my travels, I've obviously been listening to music almost ad nauseam, including this morning when I'm sitting in a side room at what's an empty Barstool HQ. That, and I smell bad. I've been wearing the same hoodie all week and have ran out of clothes. It's almost as if I am a real life rock-star now. If only I could play more than like 4 cords on the guitar!!! One day...

With that said, I just listened to T-Swift's new album Midnights for like the 5th time. I did so because I want to be absolutely certain that I think it's just "okay". To me, that's what it is. Okay. It's not bad, but it's an album I could live without.

1989? Red? I'll take those albums to my grave. I even thought Evermore and Folklore were beautiful records. Midnights I can do without though, and I don't see why it's an issue when I say that. I don't have to LOVE everything she puts out, and neither do you. But people shit down your throat (cough Kelly Keegs) if you don't automatically worship the ground she walks on.

HOWEVAH... it gots me thinking. What are 5 albums I couldn't live without? Like if China nuked us and we were living in a apocalyptic world and I could only bring 5 albums with me because music as a whole was largely wiped off the face of the earth, which albums would they be?

I'll start by saying this: MUSIC IS SUBJECTIVE ASSHOLES. Your list will different from my list because we most likely have different musical tastes. Here are my top 5 albums after painstakingly obsessing over this question I posed to myself for this blog 5 mins ago:

- Eric Lindell's "Revolution In Your Heart"

Aside from Eric Lindell, which is an extremely obscure pick, and one you should DEFINITELY dig into if you enjoy jammy blues music with great southern guitar. We opened with his song "Appaloosa" on Barstool Radio in 2020 (RIPIP) and I got flooded with DMs asking who it was. Check him out.

The rest of the panel had great picks as well. Anything from Wu-Tang to Kanye was answered, even if the question is impossible to answer in and of itself.

But in the meantime, we at On The Guest List had the pleasure of interviewing Rayland Baxter last night. Rayland Baxter is making the ROUNDS right now, as he is currently on tour after releasing his most recent album, "If I Were A Butterfly"

Great jam after great jam!!! It's been in my earphones almost constantly since it dropped a few days back. Check it out - it's a great blend of folksy and even gets a little hard at times. If you've heard of the bands Jamestown Revival or CAAMP, Rayland is similar to them; an alt-rock-country-ish band. Rayland is really starting to dominate that space though.

Rayland's on tour now and will be rolling through NYC next week. Check them out on Spotify or on tour - you'll dig them. Can't wait for them to come through Chicago. 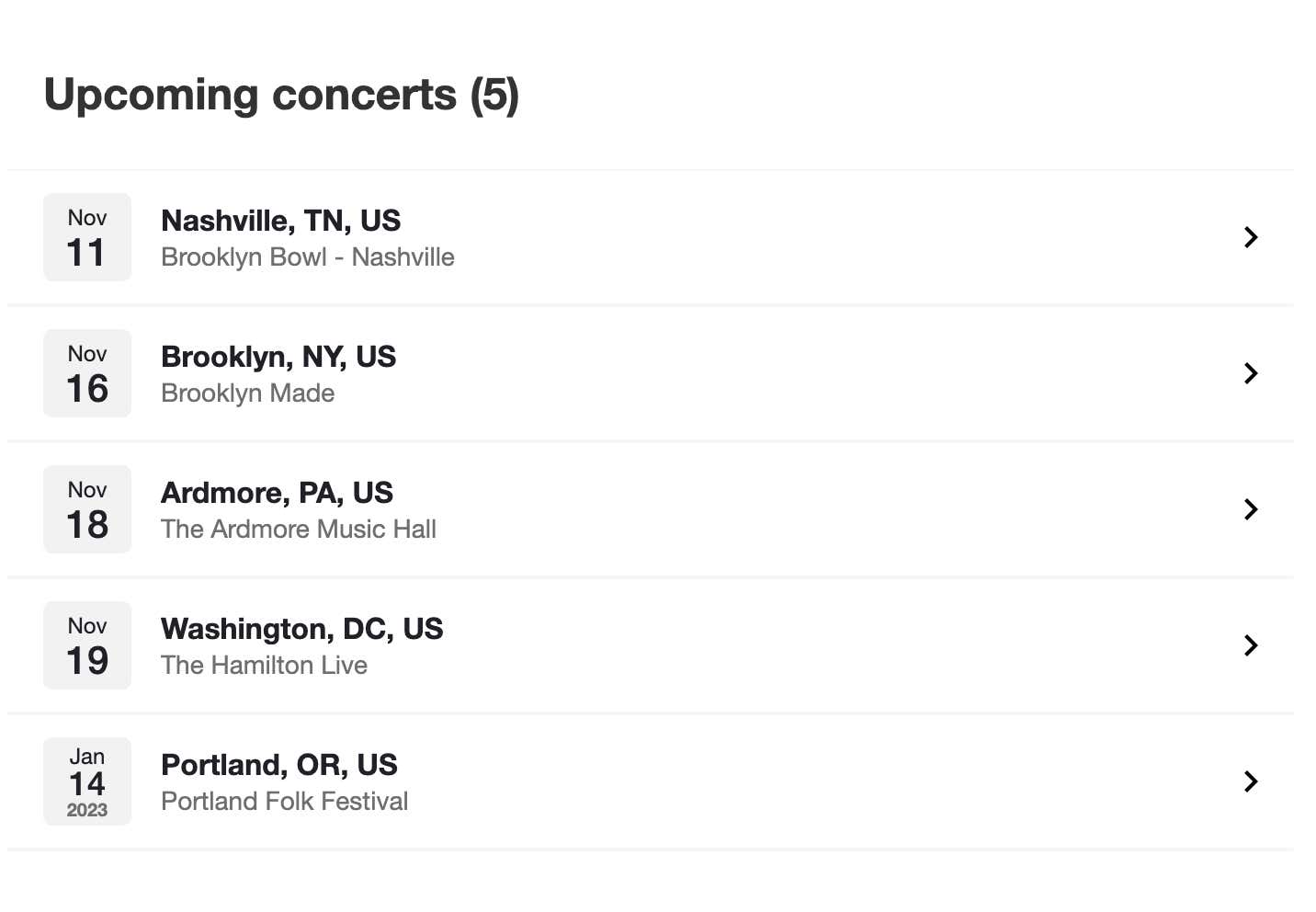 ALSO - we had a great interview with the band Cannons for Barstool Backstage a few weeks back. Check that interview out on YouTube below, subscribe to the channel, and listen to On The Guest List. Thanks!
barstool sports+ 7 Tags