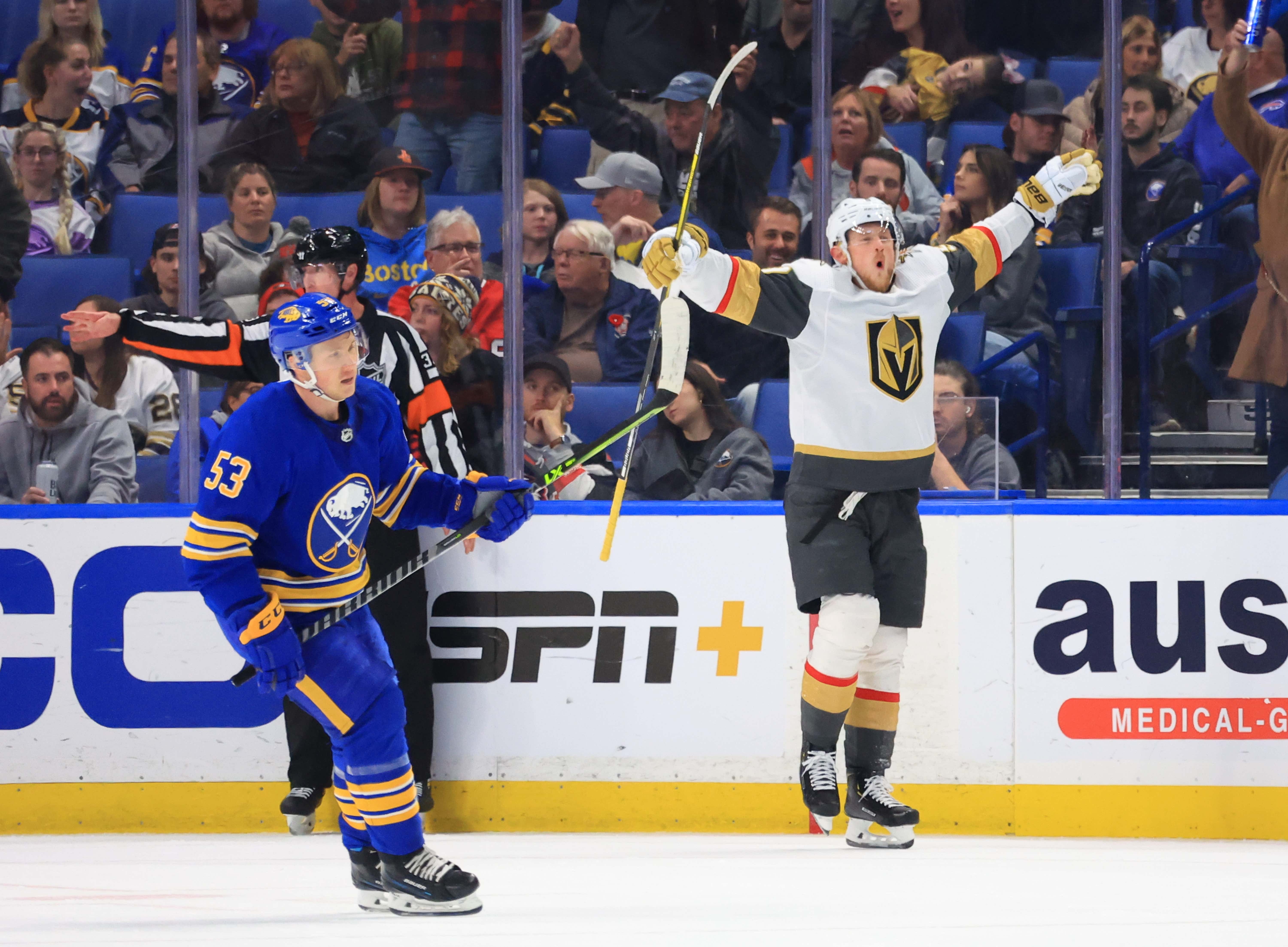 Let me clue you bitches in to a little fact of life here real quick--sometimes the marriage between an athlete and city simply doesn't work out. You can try as hard as you'd like. You can pull all the mental gymnastics necessary to trick yourself into thinking it'll last forever. But more often than not, a professional athlete doesn't end up spending their entire career playing for one team.

So when the clock struck zero on Jack Eichel's time in Buffalo, it was time to move on. For everybody. For the player, for the organization, for the fans. But the fans are like the kids caught in the middle of a divorce, and they made it abundantly clear last season they wanted to stay with Mommy when Jack made his first return to Buffalo.

They boo'd the everliving shit out of Eichel upon his return. Which is fair. Like I said, it was time for everybody to move on but it's not like Eichel ever won anything in Buffalo during his time there, so the boo's are perfectly acceptable. However….that might not have been the smartest approach. Because Jack Eichel took those boo's personally, and now he's making sure to remind everybody that daddy is home.

Probably shouldn't have pissed that guy off. Ill-advised strategy at the very least.

What a night for Eichel, though. Has to feel great to get that one off his back. Vegas is playing on X Games mode right now and there ain't shit that anybody can do to stop them. Going to be a long, insufferable season of those pricks just running through everybody on their way to another Cup Final. Can't wait.