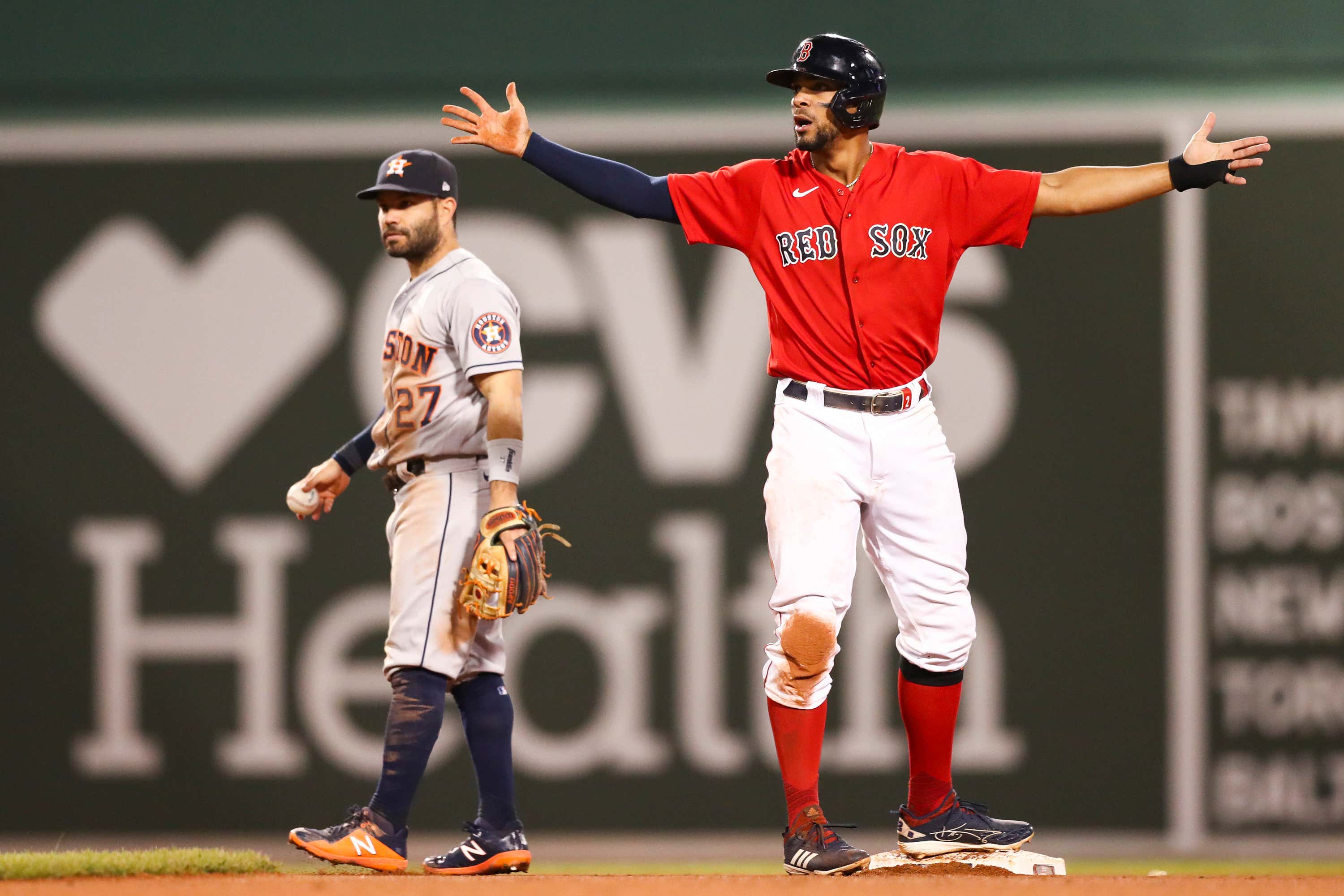 Free Agency opens up today which means negotiating can begin with available players and teams. For some teams that plan is obvious (Astros try to re-sign Justin Verlander and if that doesn't work, shift to upgrading the catcher) and others have more significant work to do (Mets need to fill holes in the rotation and bullpen as well as sign an outfielder). For another winter, the Red Sox seem like they are standing still and letting another homegrown talent leave.

Before looking at this winter, take a look back at the 2018 Red Sox. You could make a case that it's the best Red Sox team of all-time. They won a team record 106 games and only lost three total games in the entire playoffs en route to a dominating World Series win. They had four players in the starting lineup 25 and under and seemed destined to start a new run of success in this post-Ortiz landscape.

Fifteen months later, they traded the best player on that team for prospects that didn't work out and a fourth outfielder.

This time period of baseball will be most remembered for the great hitters in the middle of their prime: Mike Trout, Manny Machado, Mookie Betts and Bryce Harper. The Red Sox had one of those guys and rather than sign him to a long term deal, they shipped him away in a move that had more to do with finances than winning. The Red Sox hadn't let a player slip away like that since Roger Clemens left as a free agent after the 1996 season. Since John Henry bought the time, he seemed willing to spend money and that led to four rings. It's safe to look at the current team situation and wonder if he still gives a shit about the team. 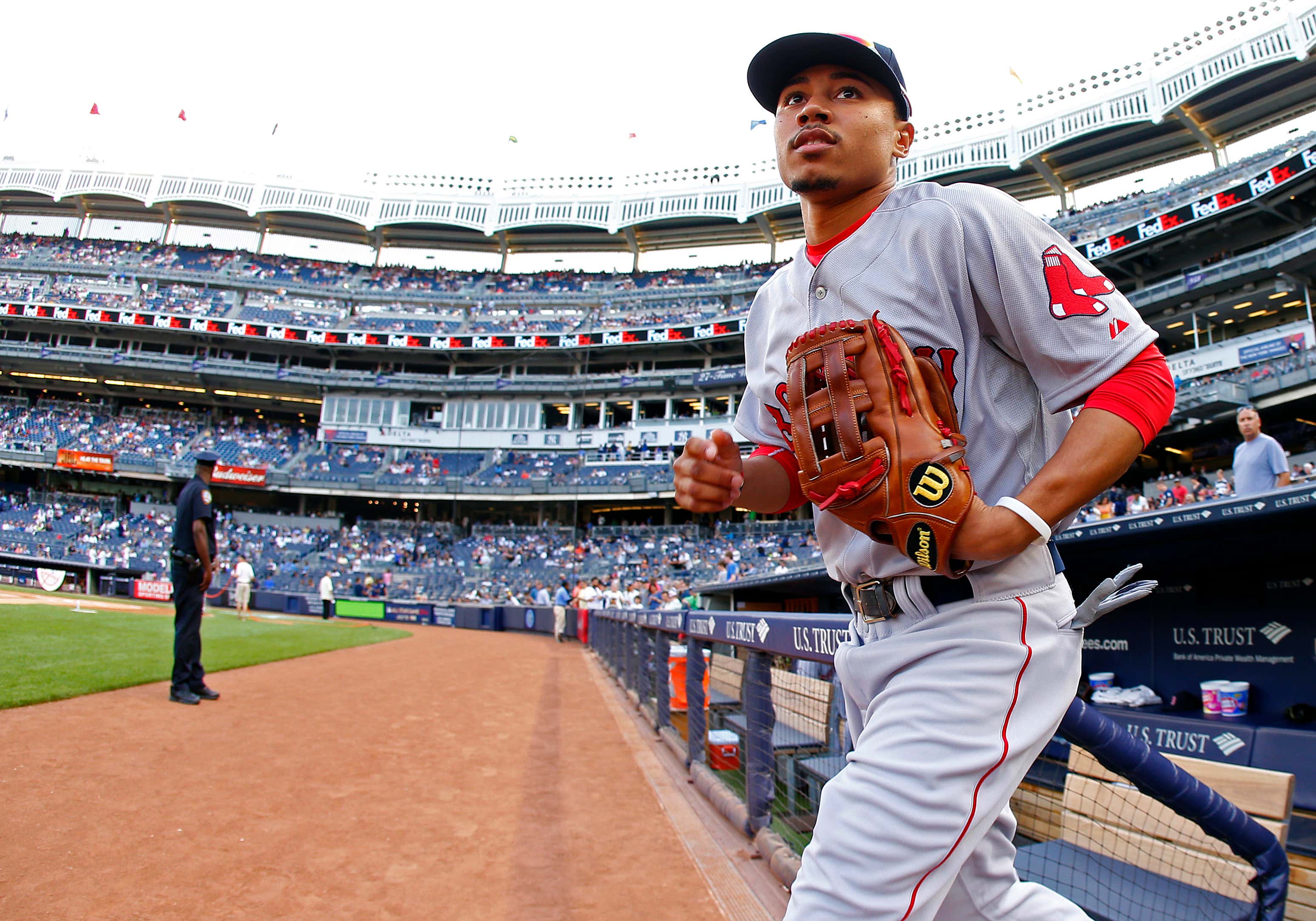 Last offseason, they let Eduardo Rodríguez leave a free agent to the Tigers. In a vacuum, this was an understandable move. The Tigers overpaid for him and his inconsistency could leave fans annoyed. But if you look at the 2022 Red Sox pitching staff, he would have helped. I know Rodriguez left the team due to personal reasons for a couple months but no one knew that when the Red Sox let him walk and the bigger issue is they did nothing to replace him. Instead, they wound up having AAAA guys like Kutter Crawford and Josh Winckowski combine to make 26 starts and have an 5.67 ERA.

The other baffling move was the Hunter Renfroe trade. Coming off a 31 home run season, the Red Sox sent him to the Brewers for two prospects who aren't in the team's Top 20 and somehow took on salary with Jackie Bradley Jr who wound up getting released in August. Why not just hang onto Renfroe who wound up having another really season in 2022?

Which leads us to the issue of today. The team leader in WAR last year and longest tenured Red Sox Xander Bogaerts is a free agent and there seems to be a really good chance that he's not coming back. I almost wonder if it was always the plan to let him walk. They went out and signed Trevor Story to a long term deal last offseason and even though he played second this season, could easily shift back to shortstop next year. Of course, Story is a player whose career has been artificially boosted by playing in Colorado and had the worst OBP and Slugging Percentage of his career his first season in Boston.

It's very fair to ask what the hell the GM Chaim Bloom and the entire organization are doing. Even the trade deadline was a mixed message when they traded Christian Vázquez for a prospect but then turned around and traded a prospect for Tommy Pham and finally just let JD Martinez go to free agency. They seem to be going in a number of different directions and all of them led to a 78-84 record last season.

The biggest question I have is why is this happening? Does John Henry just not care about this team anymore and has different interests? Is Henry just trying to save money? Is Chaim Bloom just an awful GM and that explains all the indecision and mixed messages with each player transaction? All of the above? Fans are starting to show frustration with their wallets. Last year had the lowest attendance for a full season with full capacity since 2000. Coming off a losing season, one has to imagine it will be even worse next season.

Mookie Betts is gone. Andrew Benintendi is gone. Xander Bogaerts is a free agent. Rafael Devers is one year away from joining him. They had the foundation of a dynasty, won a World Series with it and then pushed them out the door. The 1975 Red Sox had a great young core as well with Jim Rice, Fred Lynn, Dwight Evans, Carlton Fisk and Cecil Cooper. In a few years, most of that group was gone and they wouldn't make the World Series again for 11 years.

The winter is just beginning. For the past two decades, that meant optimism for Red Sox fans for which new players they would be bringing into the fold. Now the Fenway Faithful is left to wonder which players will be leaving.