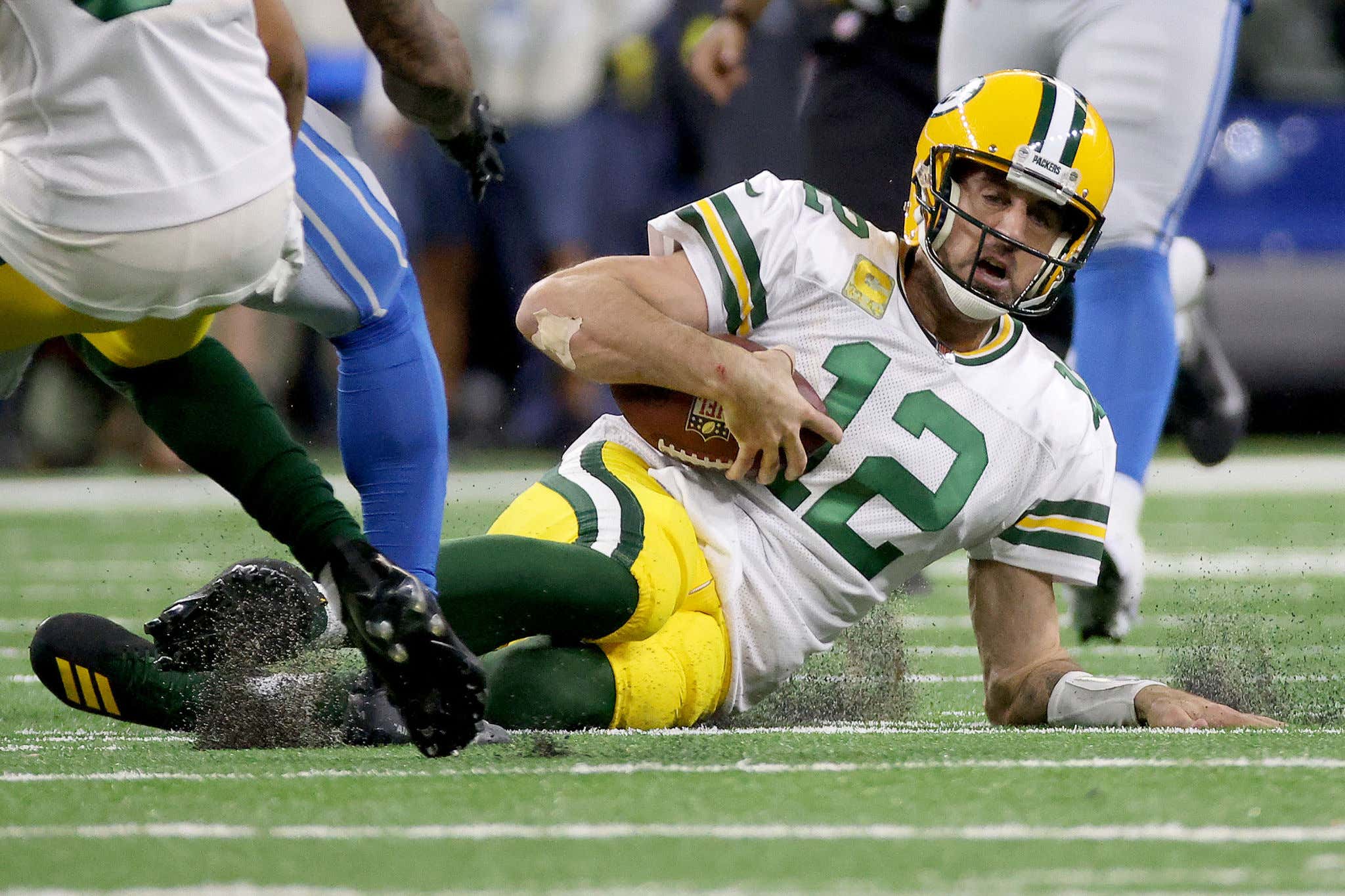 One of the great pieces of professional advice I've ever received, put to use whenever possible, and have tried to pass on to others, came from Homer during The Simpsons peak of about 25 years ago. Driving Marge to work on the first day of her short-lived career  he said, "Just remember, if something goes wrong at the plant, blame the guy who can't speak English. Ah, Tibor. How many times have you saved my butt? Heh heh heh." A gag which pays off later when he's listing all the people who have gotten promoted ahead of him, and one of them is Tibor.

Well for what it's worth, that approach might work in your more international, multi-lingual sports like baseball or hockey, but is problematic on an NFL team, where everyone speaks the same language. Even Gronk. Heyoooo!!!!

So what's a first ballot Hall of Famer, four-time MVP and 10-time Pro Bowler supposed to do when his team is 3-6? Where does he turn when he's having the worst statistical year of his 15 seasons as a starter? He turns to everyone:

Source - The finger-pointing in Green Bay began long before the Packers dropped to 3-6 on the season, and it seems some of those shouldering the blame aren’t particularly pleased with a certain quarterback.

A report Wednesday from ESPN’s Jeremy Fowler indicates there appears to be growing discord within Green Bay stemming from the notion “that some of the young wide receivers have been painted as scapegoats” for the team’s struggles. Though Aaron Rodgers famously called out the receiving corps in the offseason, it “isn’t sitting well with some” given the league’s reigning MVP was absent during OTAs. …

Rodgers threw three interceptions in Sunday’s contest, two of which were in the end zone. So far this season, he’s thrown 14 touchdowns against seven interceptions.

As the losses have continued to pile up, Rodgers hasn’t minced words about the mistake-prone performances of his teammates, suggesting they be benched.

“Guys who are making too many mistakes, shouldn’t be playing,” Rodgers said during an October appearance on “The Pat McAfee Show.” “Gotta start cutting some reps. Maybe guys who aren’t playing, maybe give them a chance.”

While I'm definitely not the type to remind everyone that I'm right all the time, and prefer to leave it to others to point out my almost supernatural wisdom when it comes to understanding how human beings function, I've said before about another all-time great in a similar situation that a quarterback, captain, and team leader can't just blow off workouts and expect that there won't be ramifications.

And that if he does, he loses the moral authority to scream at the teammates that have been putting in the time and expending the maximum effort to make the team better:

…  are going to resent him for it eventually. Brady's teammates have kept their resentment under control or in-house. Rodgers teammates have clearly reached the "anonymous sources tell Jeremy Fowler" point of their fed-upness.

Soon enough, it's going to boil over and the anonymity will stop as Rodgers' moral authority to criticize them disintegrates further. That's simply how group dynamics work, in all situations. When leaders start blaming others, people stop following them. That's when the ones being led start to tune them out and feel empowered to say so. Then the old "Shootout in the Lifeboat" commences. Humans can put up with each other's mistakes if they feel like they're part of a unit where everyone is sincerely invested in doing their best and pulling their own weight. Once you lose that, dissension in the ranks is inevitable. Then comes chaos.

Here's hoping that, like with Brady's Mental Health Week-and-a-Half, whatever Rodgers did during those spring practices -and the bitching about his receivers in October - was worth alienating his locker room.