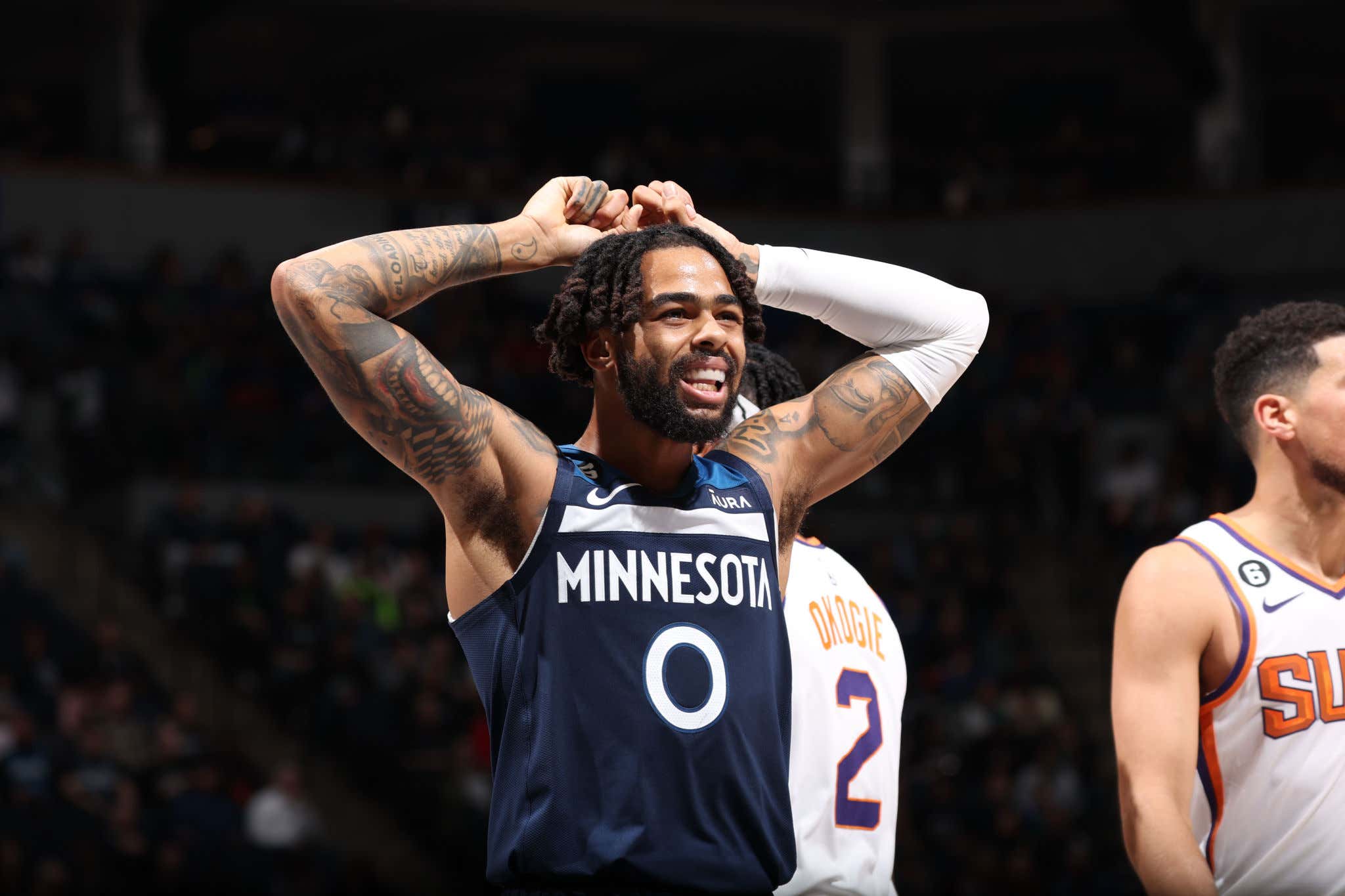 The beauty of the NBA is every night is another opportunity to witness something you've seen before. Insane individual performances, historic team achievements, and sometimes players gift you with an all time Shaqtin-A-Fool moment by doing something you didn't think was possible.

That was the case tonight for D'Angelo Russell and Minnesota Timberwolves. Just watch

I don't even know how to explain or justify that. How does DLo not know he's supposed to be in the game? No coach noticed? I mean it took a LONG time for him to figure that shit out and run onto the court. He missed that ENTIRE possession and pretty much the entire second possession after the OREB! By the time he started sprinting on the floor, the shot was already up 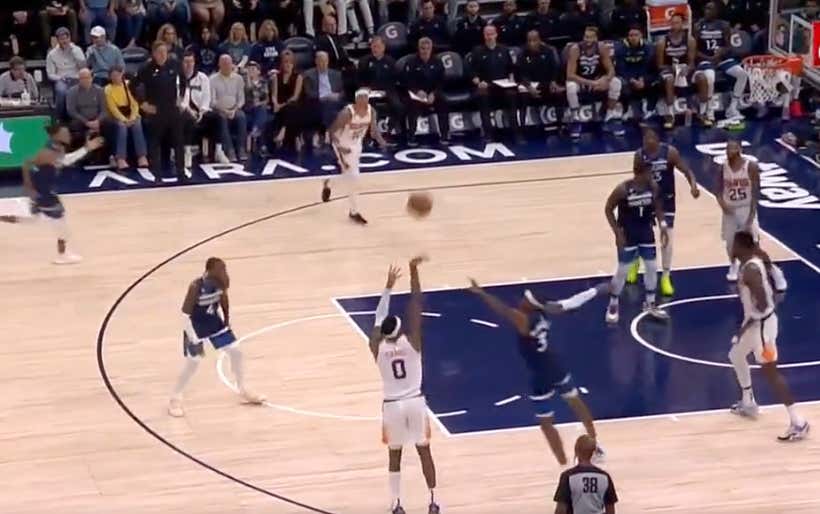 Listen, the Wolves defense is rough enough as it is right now. The addition of Rudy Gobert hasn't exactly done a damn thing to improve things on that end, which if you've watched Wolves basketball before you know how much of an issue that is. My guess is your defense won't be any better if you decide to play 4 on 5. I know nobody is going to get confused and call DLo an All NBA defender, but he's still a body.

Of course the Suns made that three and of course they eventually blew the Wolves out. They had 69 in the first half, 129 for the game and they finished with 48/45/90% splits. I guess you could make the case that the Wolves didn't fair any better even with 5 defenders on the floor, but either way what a brutal look for DLo and for a team and franchise that is desperately trying to become respectable. I find that commendable that they "went for it", however I feel like they need to be told that the first step is remembering that you play with 5 players on the floor during a basketball game. I know that can get tricky, but it's 5. Always has been always will be.

Once they figure that out though? Watch out. Maybe the Wolves will go on a run. Now at 5-7 and 4-5 at home, they kind of need to.