I got tagged in this instagram comment and was genuinely confused. This guy Owen Ferris is making an announcement about cancer and having a tumor removed and I'm somehow part of it? I have never met Owen and was unaware of him before tonight. But doing some digging, I'm genuinely speechless.

It was actually the 10/26 Yak episode because we were talking about John Kruk who was just on PMT that day finding out he had testicular cancer.

I added an anecdote about how I thought I had a third testicle for a couple years. It was in my early 20s and never really gave it much thought. I was in fine health overall and nothing was hurting. I just had a lump in my sack that I thought may have been a third nut. I wasn't about going to see a doctor about it unless I saw a drastic change in my health.

But then I started to get serious with my now wife and she really pushed me to get it checked out. I legitimately had no idea what it was but at 28 years old, it was time to nut up and get my testicles checked out by a certified medical professional.

I wasn't exactly nervous. I thought there was a chance it was cancerous, but figured if I'd lasted this long there was a better chance that it was nothing and maybe, just maybe, I was just the most nutted up man in America. The doctor checked me out and diagnosed me in about 20 seconds. It was a sports hernia. What likely happened was a lifted something really heavy (I benched 255 lbs. once in college) and something in my body ripped slightly. It resulted in some of my tissue (or small intestines? I don't exactly remember) slipping into my scrotum sometimes when I would be standing.

The doctor said it'd require surgery. Wasn't a big deal, but they'd have to knock me out but then they would actually go in through my belly button and then stitch it up from there. The stitches were the dissolving kind and after a week or so I'd be totally fine. This is a pic from after the surgery. WARNING: May cause you got get turned on. 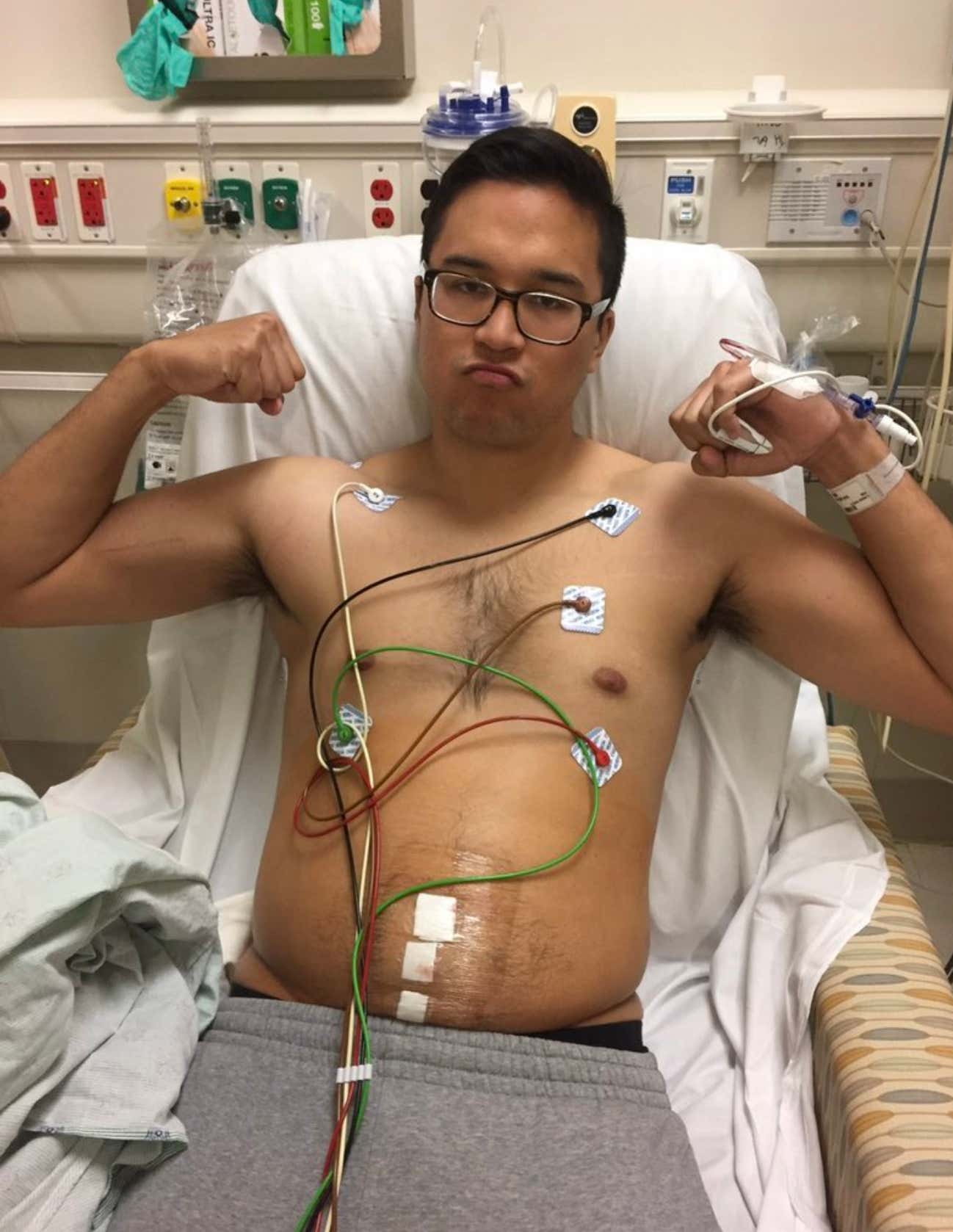 The recovery was basically a day and I was back to normal. No cancer and a funny story to tell. Win-win. And it turns out it helped my new friend Owen, aka Smokey. Shoutout to him for getting checked out so the cancer got caught early on. I reached out to him and it's crazy to think that just a funny little anecdote I said on a ridiculous show we do every day legitimately may have saved this dude's life. 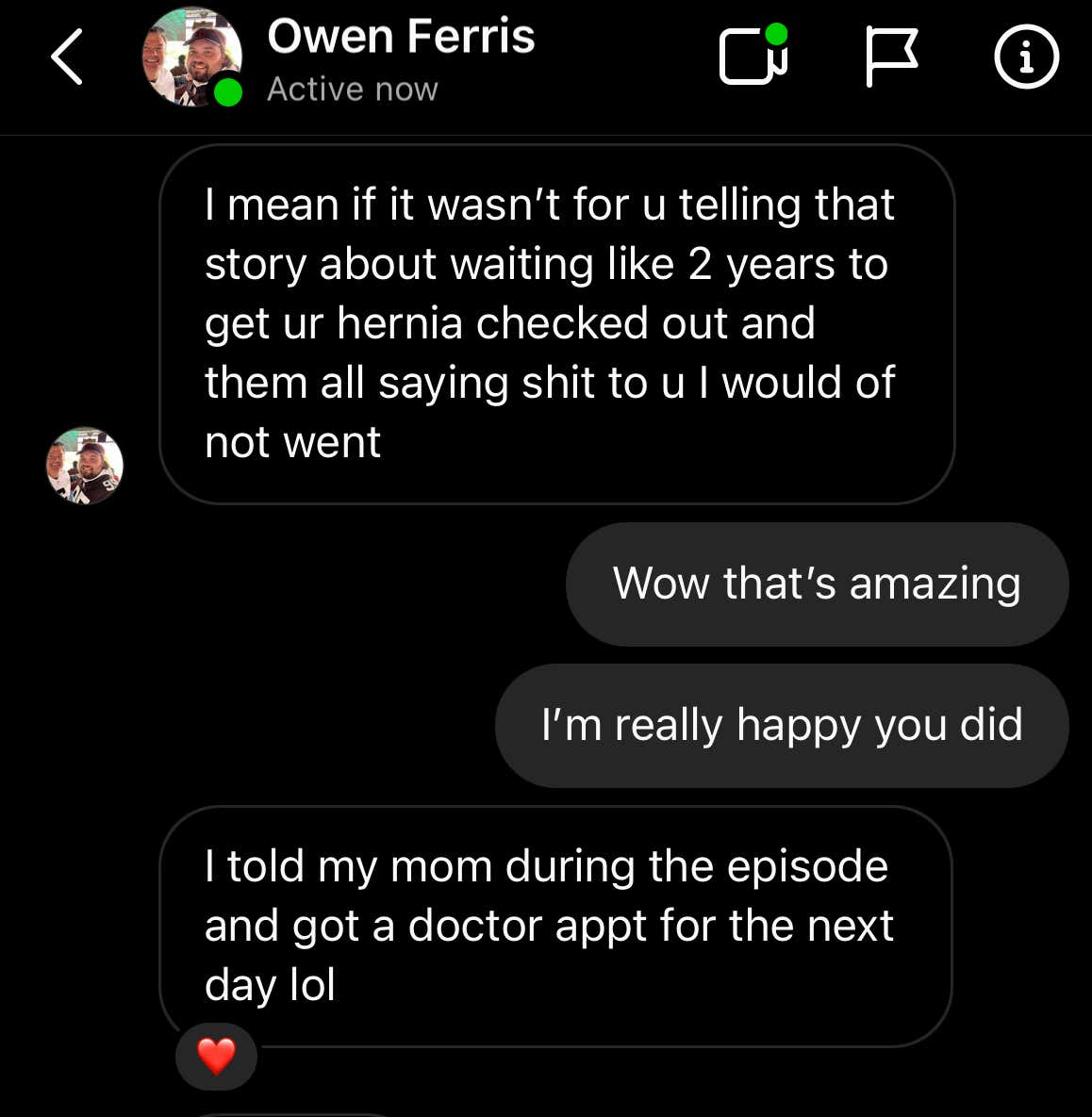 And if you are unsure if you have a third nut or a lump down there, don't be a pussy - go make a doctor's appointment. Get checked out. It could legitimately save your life.