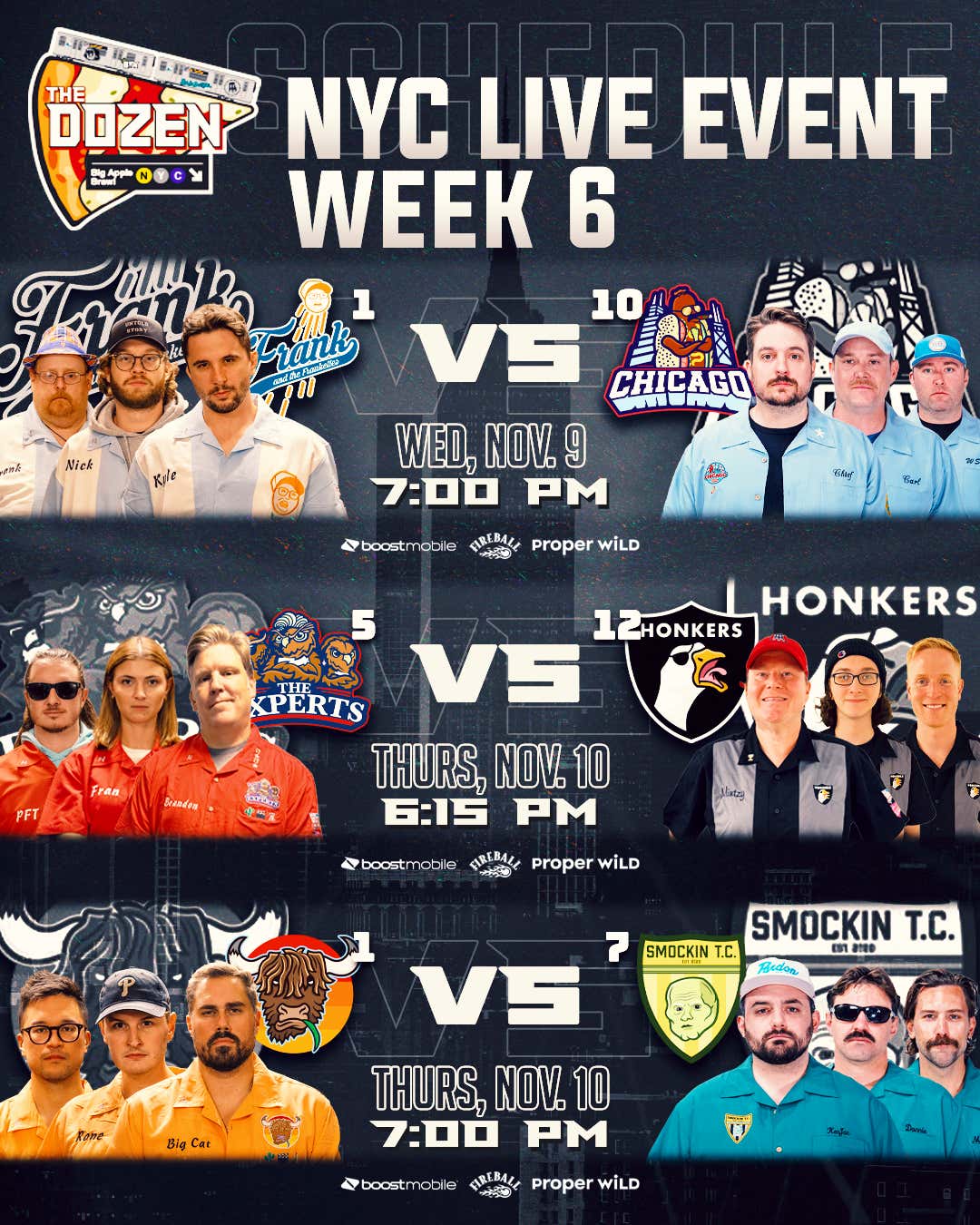 The Dozen Week 6 is going to be a big one with three New York live shows that will include: Frank & The Frankettes vs. Team Chicago, a battle for King of the South between The Experts and the Big Screamin’ Honkers, and the grudge match between Smockin and The Yak after last year’s tournament fiasco. For reference, all live show title matches will be worth four points toward team standings rather than the usual two. Our correspondent Scoops L'Aguirre has the breakdown… 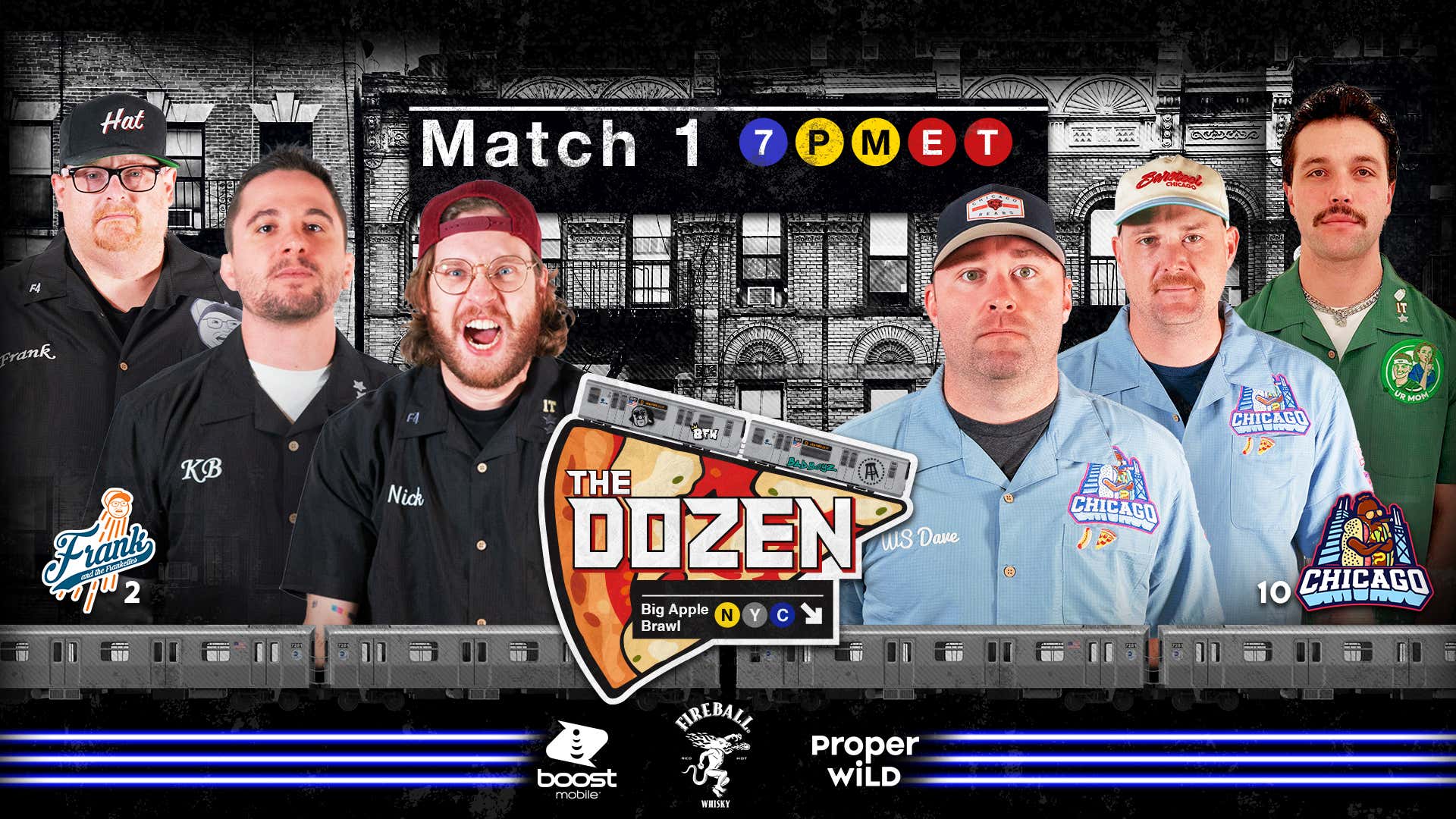 Frank & The Frankettes vs. Chicago was literally the second match in Dozen history that did not involve either Brandon or PFT. Even more shocking is that Chicago won the first match-up! The Frankettes won their second game in a match that included a record-setting 12 steals and a Mad Max Burger answer.

Chicago usually wins games in low-scoring affairs where they win the Bonus Rounds, and their opponents play poorly. Unfortunately for Chicago, even when The Frankettes are bad, they still usually score double digits. The category to watch out for is MLB, as Chicago has gotten their MLB questions stolen in 4 out of their last 6 games, twice when Doubled.

5-THE EXPERTS vs. 12-BIG SCREAMIN' HONKERS 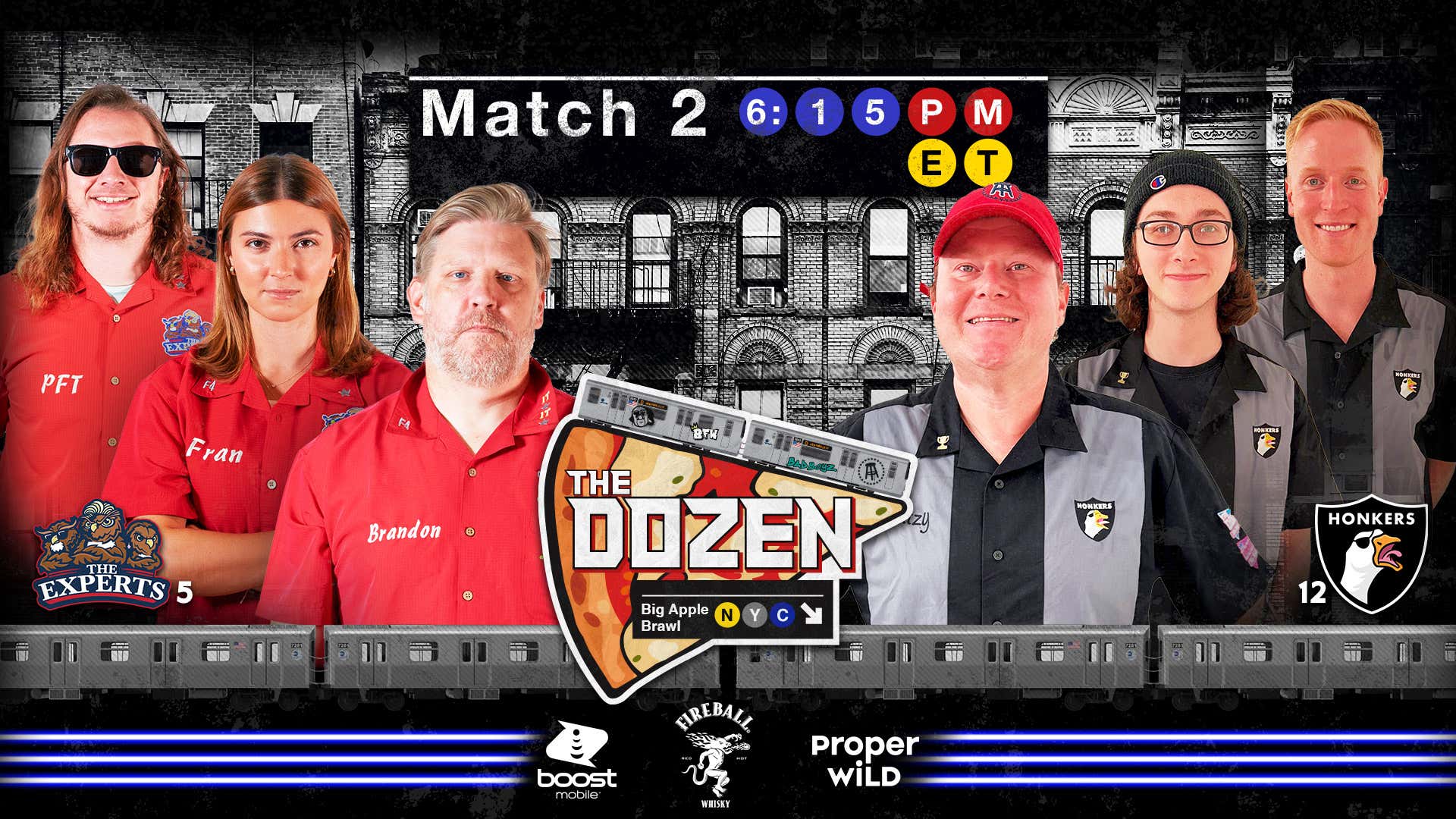 We get the Battle for King of the South between Brandon and Mintzy. The Experts and Honkers is another classic Dozen rivalry we have not seen since the Honkers beat The Experts in the quarterfinals of The Dozen Season 1 Tourney. Except it won’t be quite the same match-up as Francis has taken over for Coley and is still getting his feet wet on The Dozen. If the Honkers can pull off this win, it would go a long way toward showing they are still a contender in this league.

The Experts finally get to play with their official 3-man unit for the first time this season. Considering The Experts lost their last three games against the Honkers, they want vengeance. With Mintzy and BFW, the category to watch out for will be College Football. 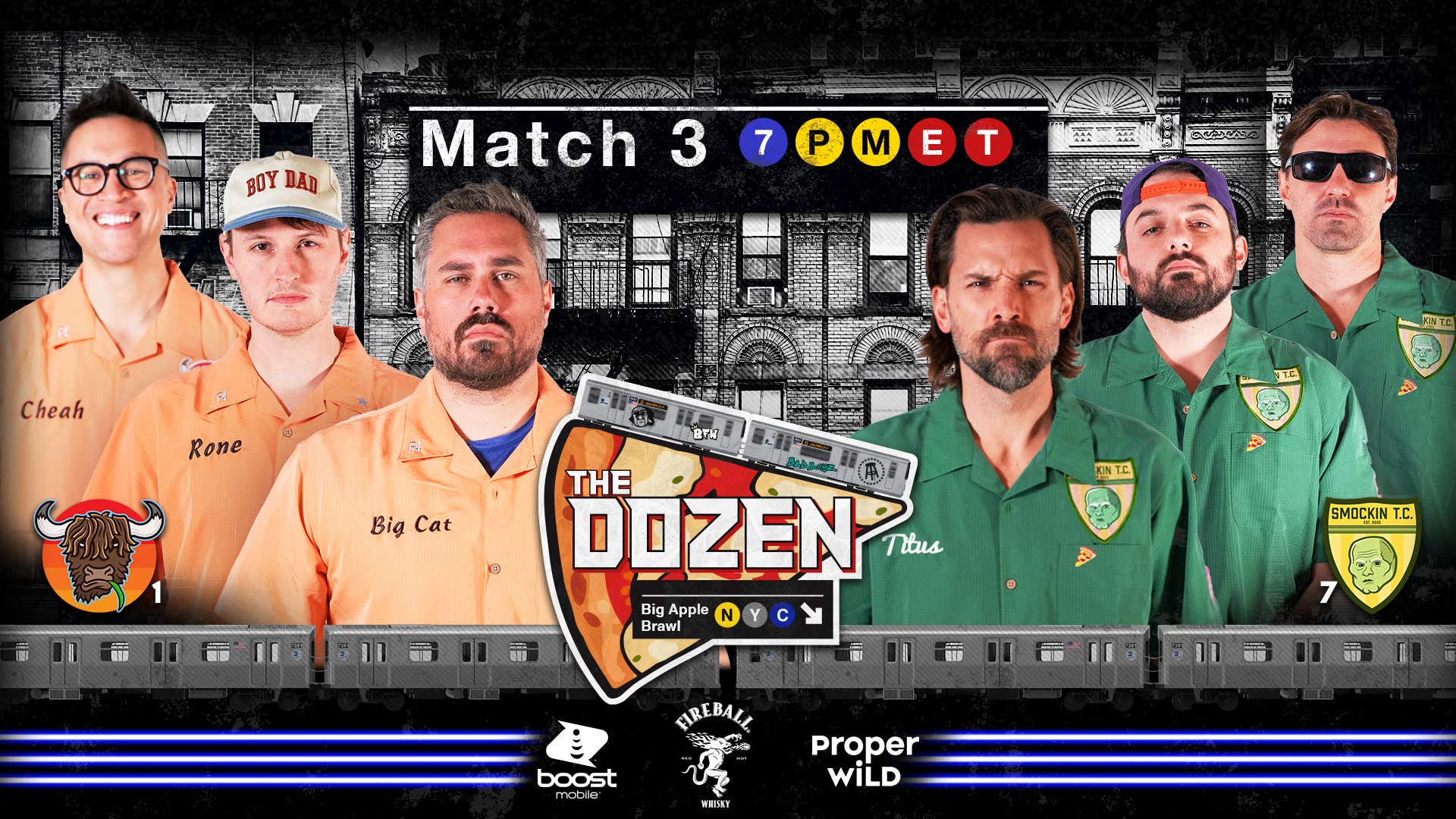 Easily the most heated match where you can expect the most antics. These two teams are mirror opposites where The Yak dominates the Sports categories and then has decent knowledge of Pop Culture. In contrast, Smockin sweeps Pop Culture questions and then takes highly educated guesses in the Sports categories. Rone & Big Cat have been All-Stars who get a lot of fan love, but stats-wise, Titus & KenJac have always been just as good. Cheah and Donnie both wear glasses. It is going to be a heavyweight battle.

The category to watch out for most is Music. Smockin has not missed a Music question since their game with The Yak in the Season 1 Tourney; they are likely to Double the category, and at some point, you must expect them to miss. 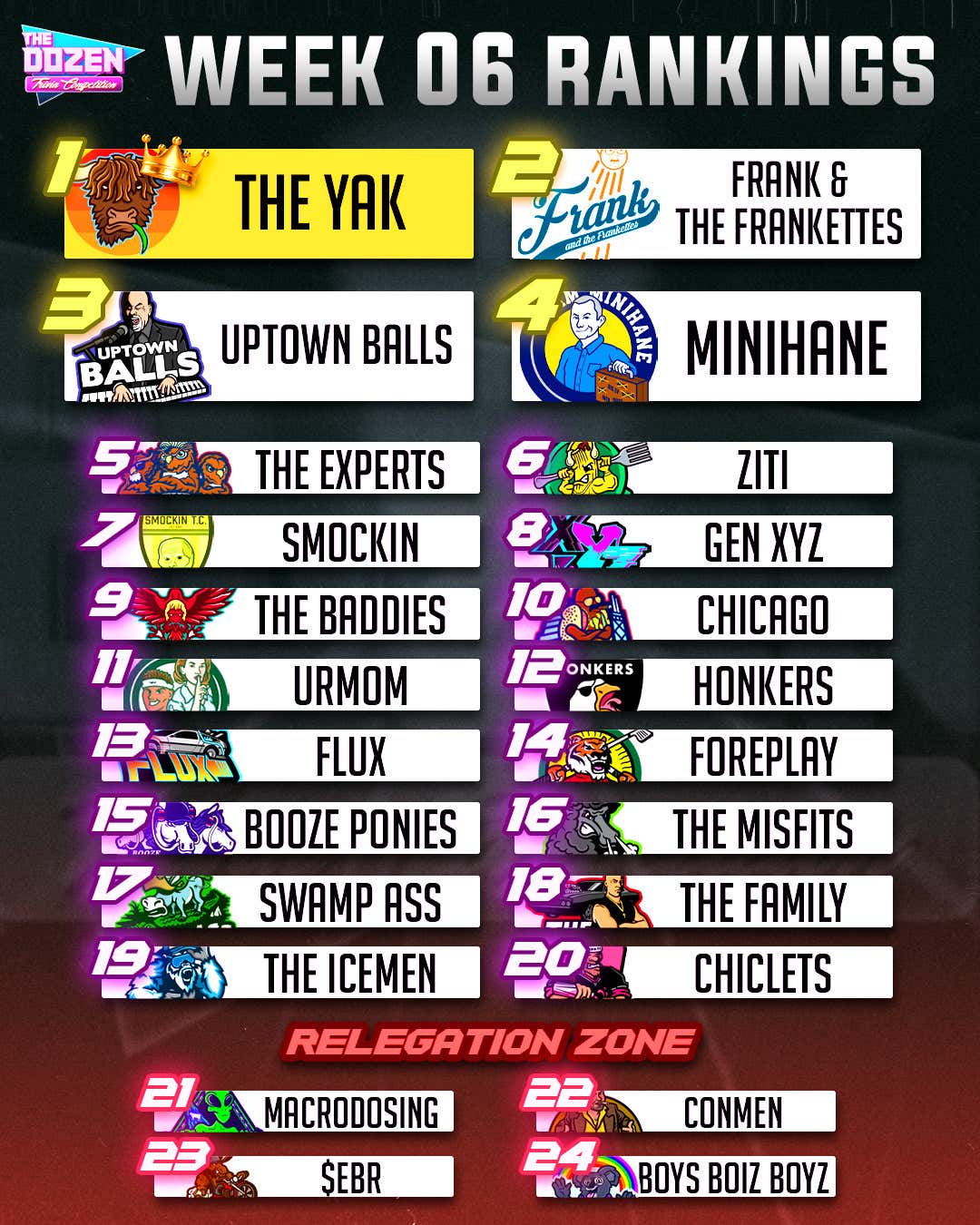 · We had a colossal leap as The Baddies went from 21st to 9th, from relegation to firmly in tournament contention.

· Uptown Balls goes from 4th to 3rd, and Flux goes from 15th to 13th following their wins this week. The Frankettes moved up to 2nd as Minihane fell to 4th despite neither team playing last week.

· Chicago’s loss to The Baddies dropped them down to 10th, and EBR is in the danger zone following their loss going from 19th to 23rd. Meanwhile, Foreplay saw themselves rise from 20th to 14th after a strong loss to Uptown Balls.

WEEK 6 PLAYERS OF THE WEEK 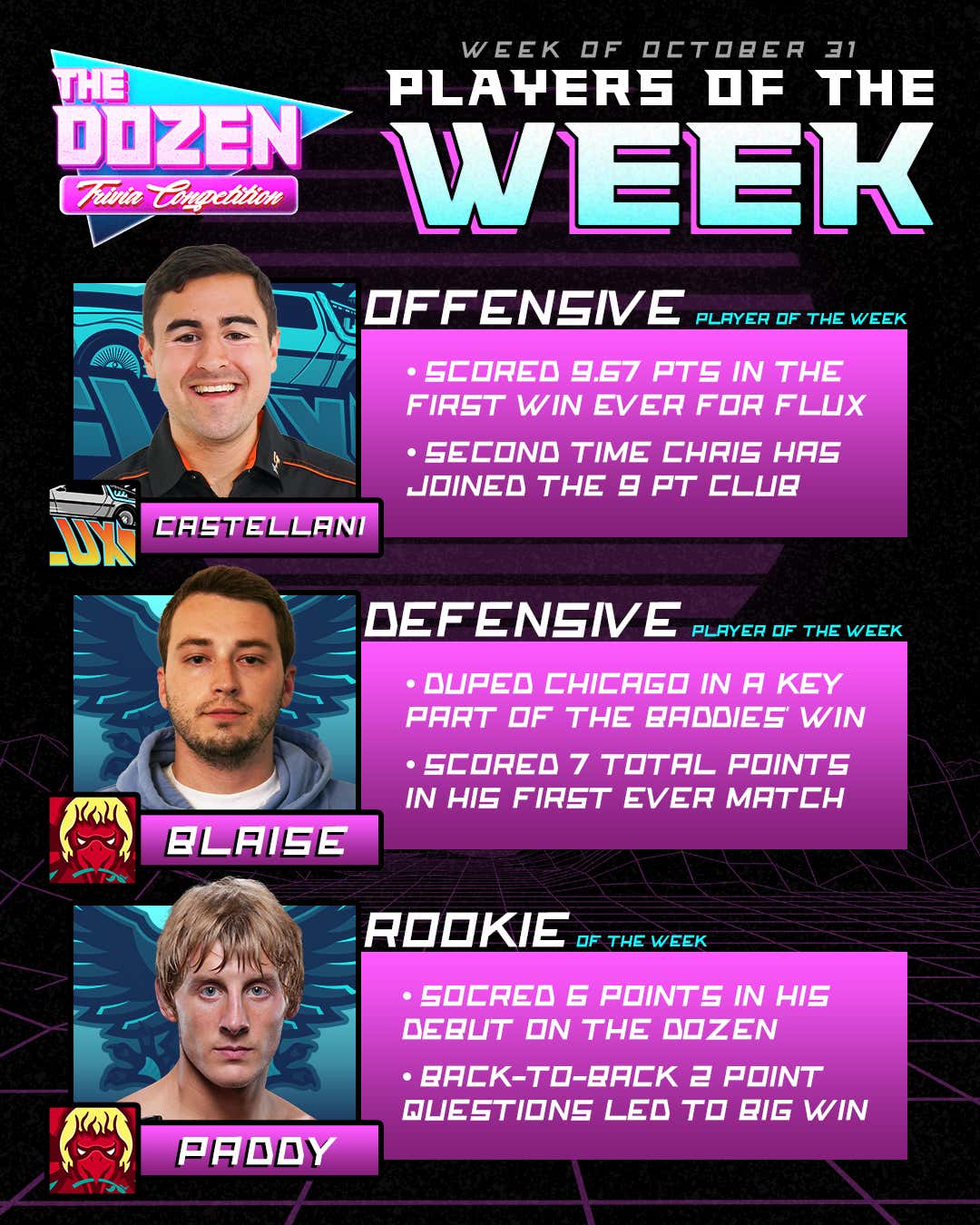 · Castellani gets players of the week after his second career 9+ point game and is currently averaging 8.34 Points Per Game, easily the most of anyone to play more than one game so far.

· The Baddies have both Defensive and Rookie Player of the Week with Blaise and Paddy. Paddy dominated a doubled The Chain Restaurant question and the UFC niche for this team, while Blaise pulled off a clutch NBA steal to sweep the category for their team.

--
Enjoy the matches this week!