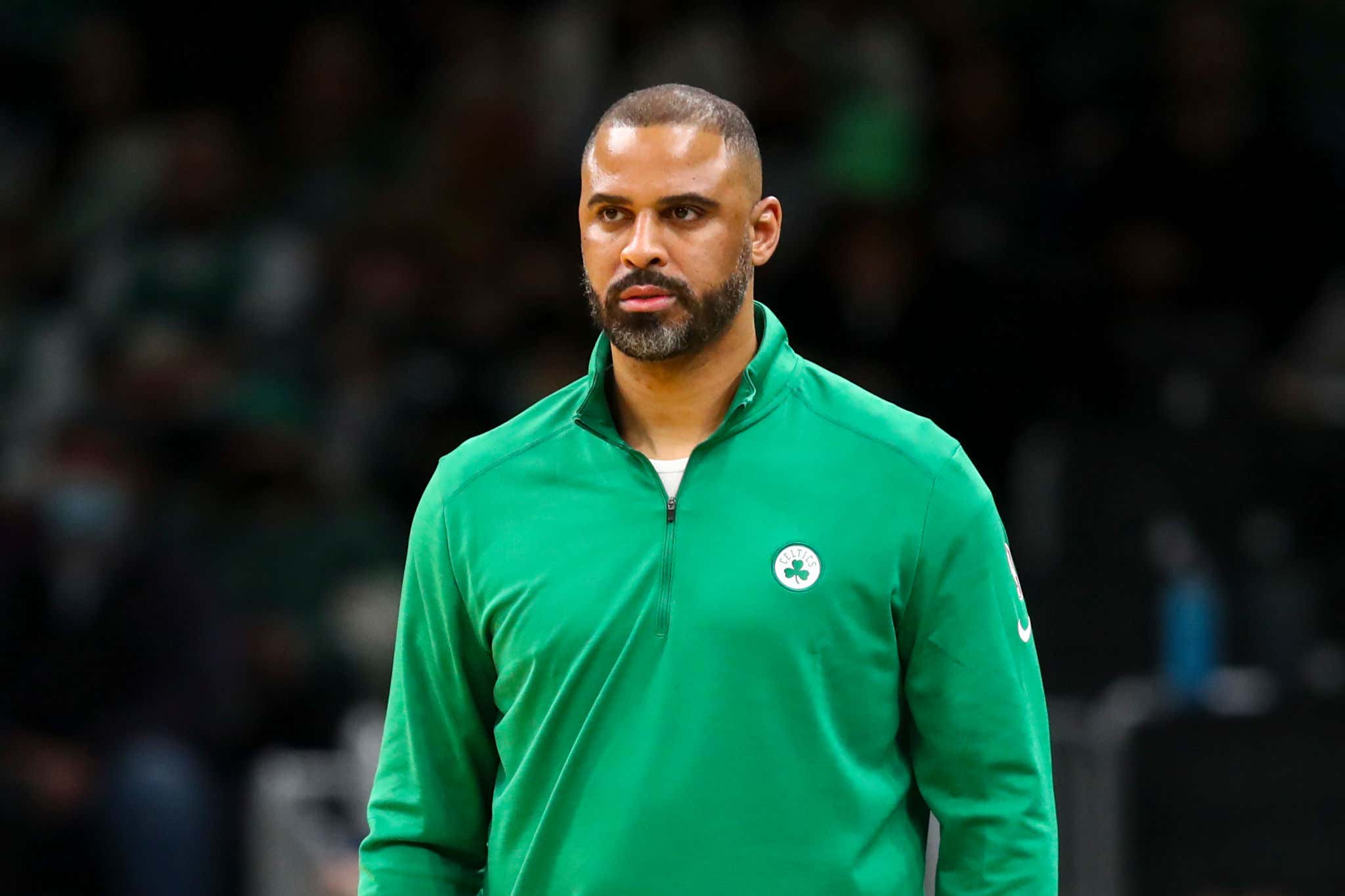 And there it is!

If you're someone who had been following what's going on in Brooklyn, one thing that didn't make sense was after the Nets fired Steve Nash, it took them about 2.2 seconds to tell the world they were about to hire Ime Udoka within 24-48 hours

Then all the Kyrie drama unfolded and there was no mention of Ime's hire. Days went by and it seemed like amidst everything going on that they maybe were no longer interested in bringing in more of a distraction. Then earlier this week Marc Stein reported that there was some internal pushback and some "strong voices" that urged the Nets owner to not hire Ime.

Looks like Tsai took their advice. Notice that doesn't say "interim" next to Jacque Vaughn's name anymore. He's the guy and I get the sense that it's more than just this season too or else why not just stick with the "interim" label? The Celts haven't even done that with Joe Mazzulla yet (but I think that's a formality tbh). My guess is it also doesn't come down to how the Nets do this season whether or not Vaughn will keep the job moving forward. Again, if that was the case, why label him the official head coach only to fire him 6-7 months later?

This again brings us back to the bigger point here.

What the hell did Ime actually do?

This whole saga has been so confusing. Bad enough to be suspended, but not bad enough to immediately fire (probably for legal reasons). Bad enough where guys like Matt Barnes were saying Ime would never work again, only to then learn that within a month the Nets were ready to bring him in. Then over the course of a week, whatever happened was so serious that they decided to change course. Meanwhile, we have no clue what it is! At least, we don't have the full story and we probably never will.

My question is this. If the Kyrie stuff never happened, were the Nets still going to hire Ime? If this pushback existed no matter what, why did they go down that route initially? The whole thing is one giant clusterfuck at this point.

My brain then starts to wonder, if the Nets are out, does that mean everyone is? Would the Sixers potentially fire Doc Rivers and bring Ime in if they continue to underachieve? If those concerns maybe came from the league office or something, would those also be expressed to any other team that might want to bring in Ime?

The longer this goes on, it seems like we're getting more questions than answers. Like I said, I'm sure there are legit legal reasons why all of us are kept in the dark right now. We technically don't deserve to know jack shit. But I think we can all agree that as more time goes by, it keeps getting more and more confusing.

Really the only thing we know for certain is that Ime Udoka will not be coaching the Boston Celtics or the Brooklyn Nets and is suspended for the season until he goes somewhere else.

I wonder what the next shoe to drop will be.