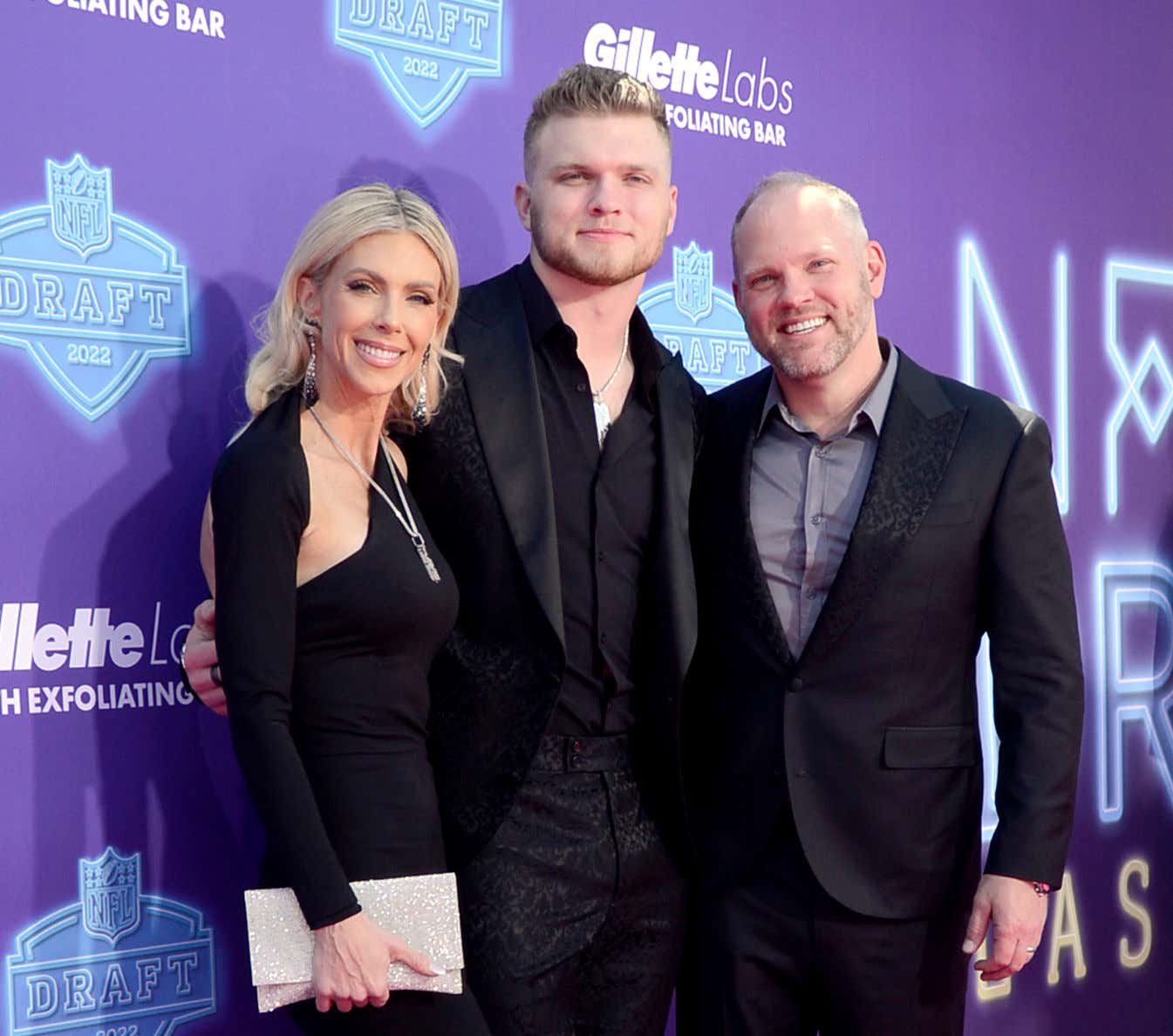 I believe I can say, in full confidence and without fear of contradiction, that I have been the nation's staunchest advocate for Zach Wilson's mother Lisa. Almost from the day he was drafted, through her fantastic Instagram rants:

… to the reports her son's ex claimed he was banging one of Lisa's girlfriends:

… I have taken a back seat to no one when it comes to my admiration for this strong, brave, independent firebrand of a sports mom. And will continue to.

But that doesn't Lisa Wilson doesn't have competition for the 1-seed in the NFL's Best Mom Tournament. Because rookie Melissa Hutchinson, who brought Aidan into the world, has quickly established herself as a force to be reckoned with. Right from Draft Night:

… Melissa made her presence be known and hasn't taken her foot off the gas since.

Then this week, after a dramatic win by her son's team over Green Bay, she put the world on notice that she has no let up whatsoever:

“A winning weekend of gold and cold moves,” Melissa wrote on Instagram. “…even Aaron rodgers was smiling 😏.”

Hutchinson, the second overall pick in the 2022 NFL Draft, picked off Rodgers in the end zone in the first half of Sunday’s game. In the post shared by Melissa, the Packers quarterback can be seen smiling beside the rookie defensive end.

Melissa's family's hometown team has spent the better part of 15 years being tormented by Aaron Rodgers (18-6 lifetime against Detriot, 52 TDs, 8 INTs prior to Sunday). So a true Tiger Mom like her isn't going to miss the opportunity to drag him after he throws an interception to her son, and three picks inside the 25 on the day.

That's how you plant your flag and let it be known you not only belong in this league, you're destined to do great things.

I mean, look at what a five-tool player Melissa is. She's got brains. Looks. Guts. Won't be intimidated by a four-time MVP. All while producing a No. 2 draft pick, a pageant queen in med school:

… and now a martial arts champ. I don't know how any NFL mom can compete with that. What I do know is that we can all look forward to seeing the Lisa Wilsons and all the others try. When the tournament is this loaded with greatness, America wins.