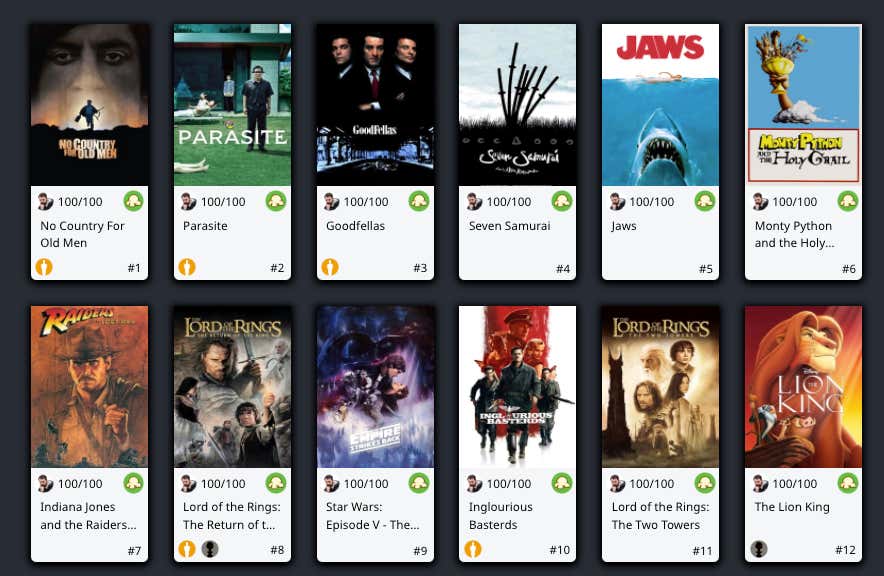 Llewelyn Moss stumbles upon dead bodies, $2 million and a hoard of heroin in a Texas desert, but methodical killer Anton Chigurh comes looking for it, with local sheriff Ed Tom Bell hot on his trail. The roles of prey and predator blur as the violent pursuit of money and justice collide.

To me, this was the greatest movie I have ever seen. You don't have to agree or even have to think its a good movie. Regardless, I'm gonna tell you why I think this is the top dog.

#1. Javier Bardem as Anton Chigurh: This is the the most obvious #1 reason. Bardem won the Oscar for best supporting actor because he absolutely demolished this role and made it one of the greatest villain performances ever. He is basically a dramatic version of Michael Meyers. A slow moving force of nature that cannot be stopped by anything. You can run and hide from him, but he will always find you. In addition to that, he delivered some incredible lines of dialogue.

#2. The camerawork: This movie, which is shot by the GOAT cinematographer Roger Deakins, is simply gorgeous. Some awesome shots of the Texas desert during the daytime and some even better camerawork in urban nighttime scenes.  A massive point of emphasis for the movie was obviously suspense and Deakins pulled off some really impressive shots that elevated the suspenseful moments.

#3. The script: Another Oscar winning aspect of the movie was the Coen Brother's adapted screenplay. The dialogue in this movie is absolutely pristine. It's one of those screenplays that stuns you but also ruins other movies for you by comparison.

#4. The Sound Design: The Skip Lievsay work on this movie is just so good. It reminds me of another great movie, 'Heat' in how they approached their respective gunfights. Why have a score? Music can't add to the tension or fear as much as the sound of weapons does. They carried it over into most of the dialogue sequences as well which really added to the sense of dread.

If you've never seen it and you wana give it a try, you can find it on HBO Max.