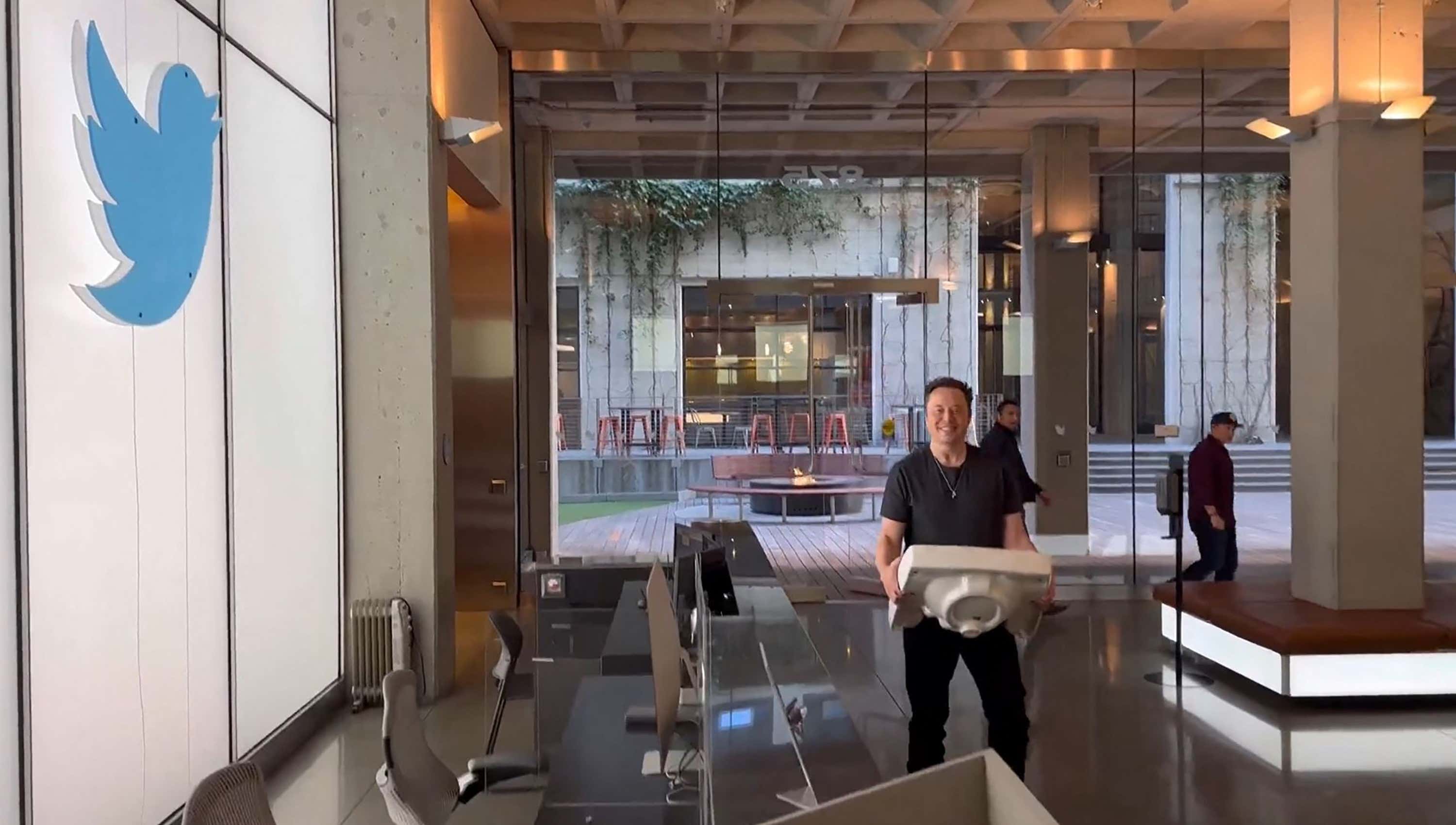 We're now at Elon Musk Twitter Takeover Day +13. And while there hasn't been the massive shift of the tectonic plates threatening to suck us all down into the abyss that the most hysterical predictions promised us, there have been a few tremors nevertheless.

There's been Musk setting eight bucks a month as the price for keeping your blue checkmark. Which has enraged some Blue Checks, while he's turned it into a punchline:

The self-described Free Speech absolutist has also banned a couple of comics for violating the same "parody" policy the last regime established:

Time - Days after Elon Musk declared that “comedy is now legal on Twitter,” the platform banned several comedians for parody tweets in which they impersonated its new owner.

Among the suspended accounts were comic Kathy Griffin and internet personality Ethan Klein, who both had verified “blue check” accounts.

“Yes, I could have ended world hunger instead of buying Twitter,” wrote Klein to his 2.3 million followers, after changing his username to “Elon Musk” and his profile picture to a depiction of the billionaire. “But people don’t understand the importance of having a free and open forum. If somebody dies of starvation in Sudan, it won’t affect the world. But being able to say the N-word on Twitter is a right we all deserve.” …

“Going forward, any Twitter handles engaging in impersonation without clearly specifying ‘parody’ will be permanently suspended,” he wrote. “Previously, we issued a warning before suspension, but now that we are rolling out widespread verification, there will be no warning.”

And he's faced the obligatory and expected revolt from celebrities who took to Twitter to make it clear that they now hate Twitter and declare they are therefore leaving Twitter. As opposed to, I don't know, simply avoiding Twitter. I mean, when most people get to mid-January and abandon their resolution to get in shape, they just stop going to the gym. I've yet to be there the day after Martin Luther King Day as someone walks into lobby and shouts, "I want to make it clear to everyone that I am no longer using my Planet Fitness membership!"

Or as another example, it's called Alcoholics Anonymous for a reason. They want you in a church basement using just your first name to a group of strangers. Not announcing your sobriety on the PA system at Buffalo Wild Wings. Which is more or less what celebrities like Whoopi Goldberg, Gigi Hadid, Sara Bareillis, some guy who made This is Us and other people who may or may not have IMDB pages have apparently done. But if anyone was expecting a huge logjam of bodies at the doors as everyone makes a mad dash for the exits to escape the billionaire madman running loose in the building, they've got another thing coming apparently:

Source - Twitter’s daily user growth hit “all-time highs” during the first full week of Elon Musk owning the platform, according to a company document obtained by The Verge.

Since Musk’s dramatic takeover, Twitter’s monetizable daily user (mDAU) growth has accelerated to more than 20 percent, while “Twitter’s largest market, the US, is growing even more quickly,” according to an internal FAQ obtained by The Verge that was shared with Twitter’s sales team on Monday to use in conversations with advertisers. Per the FAQ, Twitter has added more than 15 million mDAUs, “crossing the quarter billion mark” since the end of the second quarter, when it stopped reporting financials as a public company.

If those numbers are in line with how Twitter reported metrics when it was public, they imply that the service has yet to see a mass exodus under Musk’s ownership. …

While users may not be fleeing Twitter en masse, advertisers are. In another tweet on Friday, Musk said the company has seen “a massive drop in revenue” due to “activist groups pressuring advertisers.” Reports of a sharp spike in racist and hateful tweets after his takeover initially spooked advertisers, though Twitter said afterward that the influx was due to coordinated “trolling campaigns.” The FAQ for advertisers on Monday says that “levels of hate speech remain within historical norms, representing 0.25% to 0.45% of tweets per day among hundreds of millions.”

Now, let me say up front that there are a lot of terms in here I don't understand. The kind of technical business jargon Erika uses in our meetings that make me nod my head like I know what she means while wishing I'd paid attention when I was getting that Management Degree from Bridgewater State I've never used. (To be fair to me, those were the days of Cheers, Top Gun, and the Larry Bird Celtics, so I had a lot on my plate.) But what my feeble mind can glean, is that now that Musk owns the company outright, he no longer has to report how much money he's making or losing. Any more than you'd have to declare that to the world if you own a donut shop. But he can't lie to potential advertisers about the actual numbers of users. And those figures are breaking records everywhere. But especially in the US.

Assuming he's also telling the truth about the bounce in hate speech being temporary, coordinated by people trying to take him down, and in "historical norms," it's impossible to imagine advertisers staying away. Not to destroy anyone's faith in enormous corporate enterprises, but they tend to go where the potential customers are. As long as they know their ad encouraging you to buy your auto insurance, pizza and flushable butt wipes from them won't to appear next to a post from some deranged lunatic calling for genocide, they will come.

Even if it takes a while for jittery corporations to feel secure that the coast is clear, they will be back, writing checks. And when you're the Richest Man in the World [tm], you have the luxury of waiting them out. Like Charles Foster Kane losing a million dollars a year on his newspaper:

If Musk loses a billion dollars a year on Twitter, he'll have to shut it down. In 115 years.

Seriously, Top Gun was the peak of American culture. And Maverick was a great reminder of that fact. I'm glad I was paying attention to that instead of my business classes. Buy an ugly sweater: