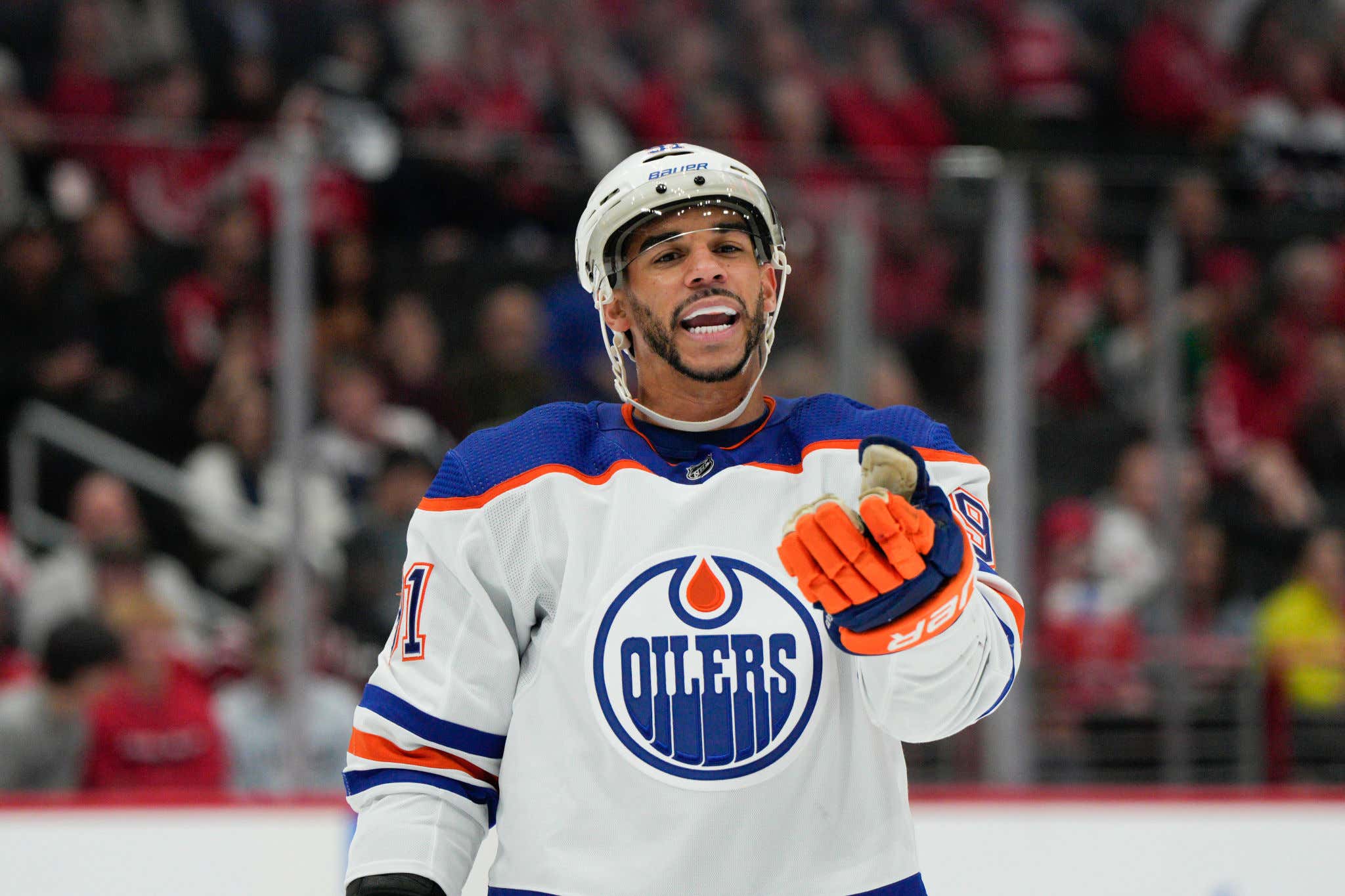 Fortunately it seems like we only see these type of injuries pop up every 15-20 years or so in the NHL. But last night we saw shades of Clint Malarchuk and Richard Zednik during the 2nd period of Edmonton vs Tampa Bay. Evander Kane was taken down to the ice (by an uncalled slew-foot from Philippe Myers) and while he was down on the ice, the skate of Patrick Maroon accidentally came up and sliced Kane's wrist. I'm not particularly crazy about putting the video up here but the link to watch the replay is here. Just a big time warning if you haven't seen it already, be prepared to be queazy for a while.

These injuries are brutal to see, and it feels pretty miraculous that we don't see them pop up more frequently. An inadvertent skate makes contact with a highly vulnerable part of the body, a pool of blood immediately appears on the ice, and without being overly dramatic here--a frantic rush begins to save a life.

It's easy to forget sometimes that we are watching these massive athletes fly around on a sheet of ice with essentially 9" knives attached to the bottom of their feet. They're colliding into each other at full speed (average speed throughout a game is somewhere between 10-25mph), they're in a confined space, and oh yeah, they have knives attached to their feet. You take the context away from the game and all of a sudden you realize this is some sick and twisted shit.

Now there are wrist guards guys can wear that are cut resistant. There are also cut resistant neck guards guys can wear as well, but you're not going to find many guys at the highest levels wearing either of them. They're adults. They can make those decisions for themselves. But every time you see a pool of blood immediately appear on the ice, you start to realize that perhaps the risk outweighs the reward there.

Here's to hoping for a full recovery for Evander Kane, and that maybe a few more guys throw on some wrist guards.

Sidenote: I know that Evander Kane is a very…polarizing figure in the hockey community. But if anybody out there was taking an ounce of joy in this injury just because of the fact that you don't like Evander Kane as a person, you are one of the most grotesque pieces of shit on the planet. I have a feeling that the overlap of people who would be happy Kane got hurt and the people who are reading this blog is close to nonexistent. But just had to throw that out there anyway.