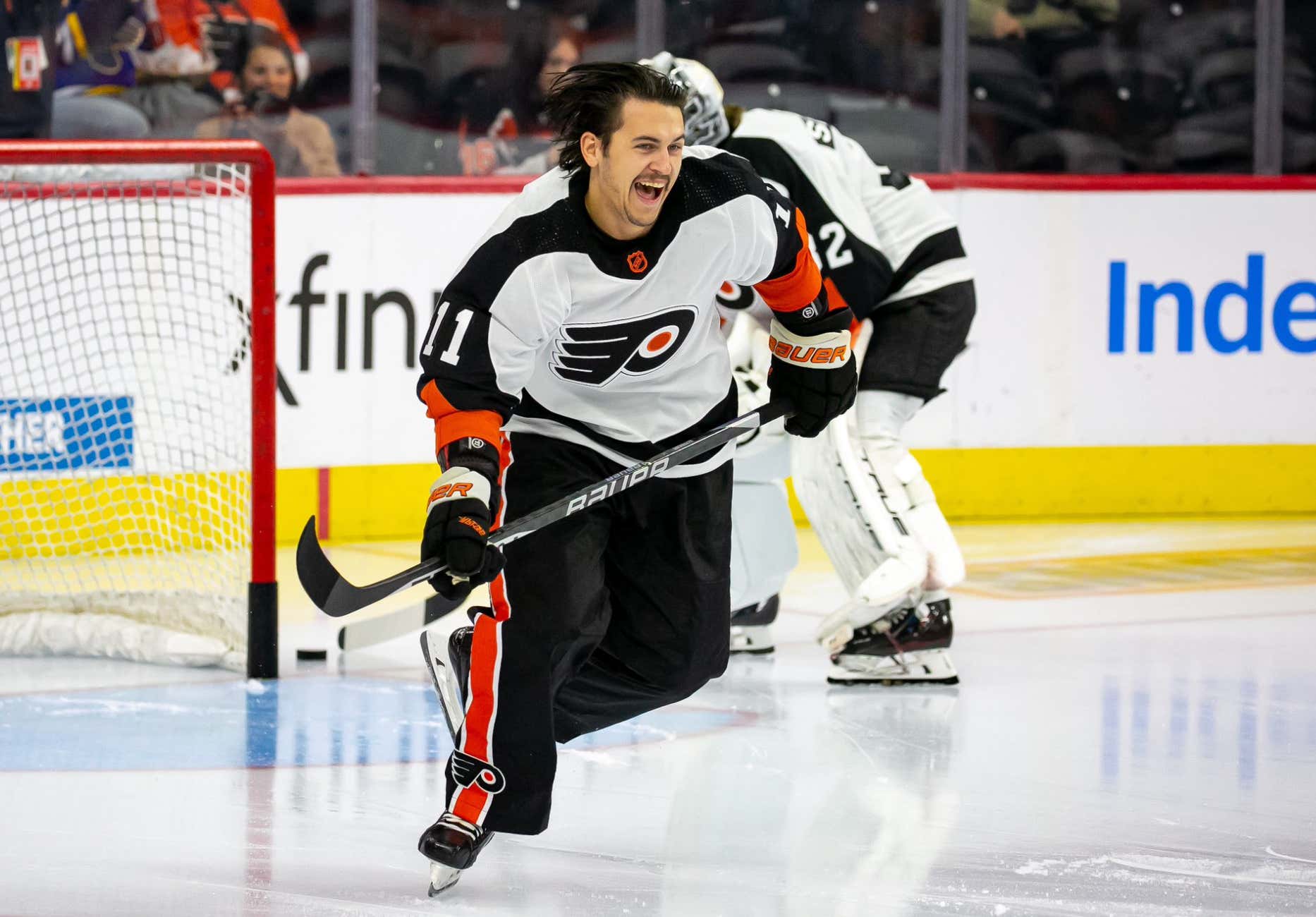 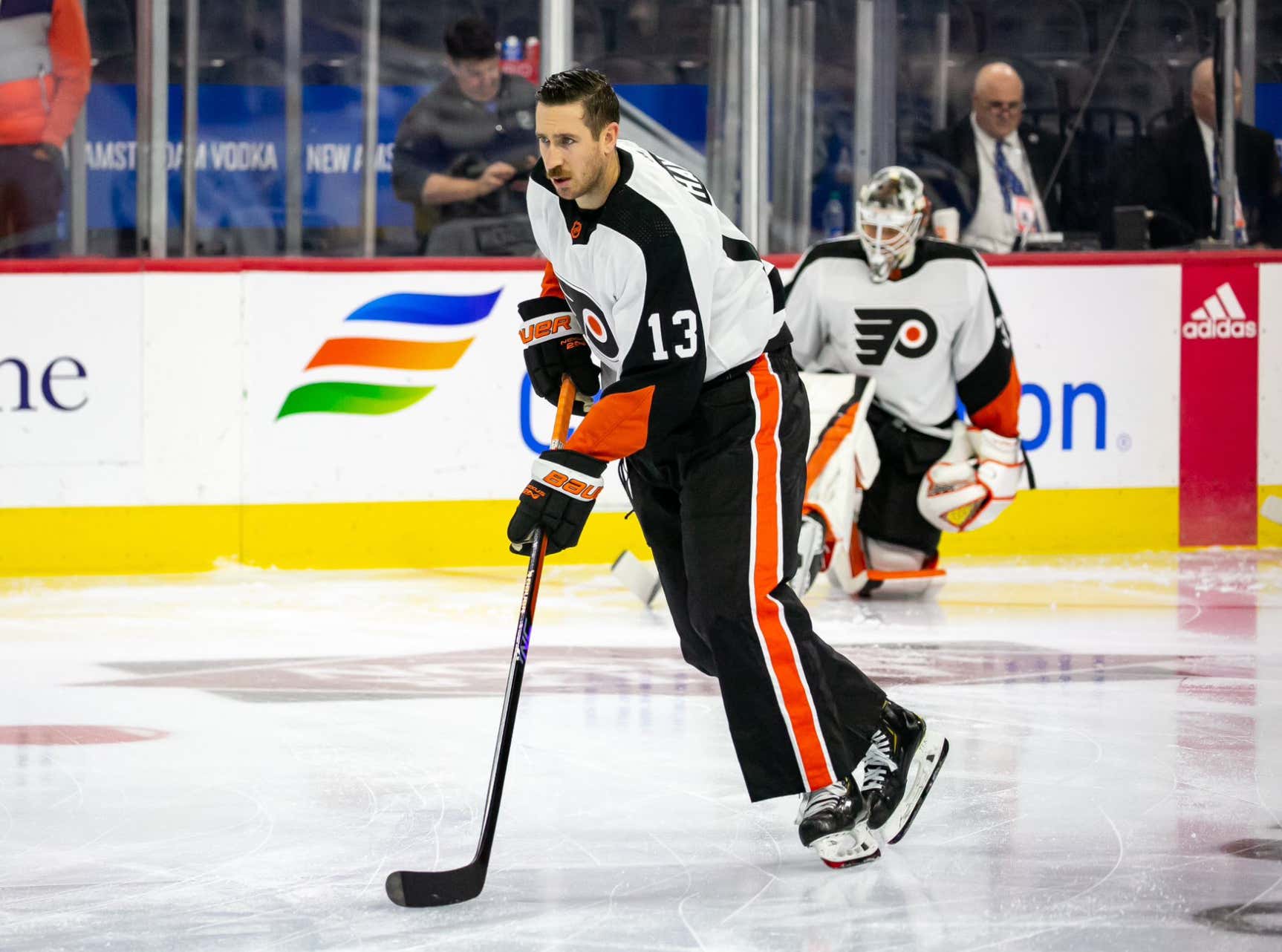 We knew the Flyers were bringing back the Cooperalls with their reverse retro uniforms this season. Heck, we even saw Travis Sanheim in a pair of them when the uniforms were first unveiled. But nothing, and I mean NOTHING, could have prepared us for how unbelievably hot they'd look when the entire team is rocking them during warmies in South Philly. Holy shit these are SPICY.

The only issue is that the NHL, in their never-ending quest for total dumbassery, already has a rule in place which limits the wearing of pants to strictly warmups. The Flyers will not be allowed to wear the Cooperalls during actual game play. Why? I have no idea. Again, the NHL is a league for dumbasses by dumbasses. But if I'm Gary Bettman, I'm calling an emergency meeting tonight and making an executive order to allow Cooperalls to be worn during actual games. Because I literally can't unglue my eyes from the screen when these bad boys are on them. I've never seen perfection until I've seen Kevin Hayes in a pair of Cooperalls.

Now excuse me while I go change my pants.

P.S. -- Flyers better not get blown out tonight. Need positive vibes in the Cooperalls.