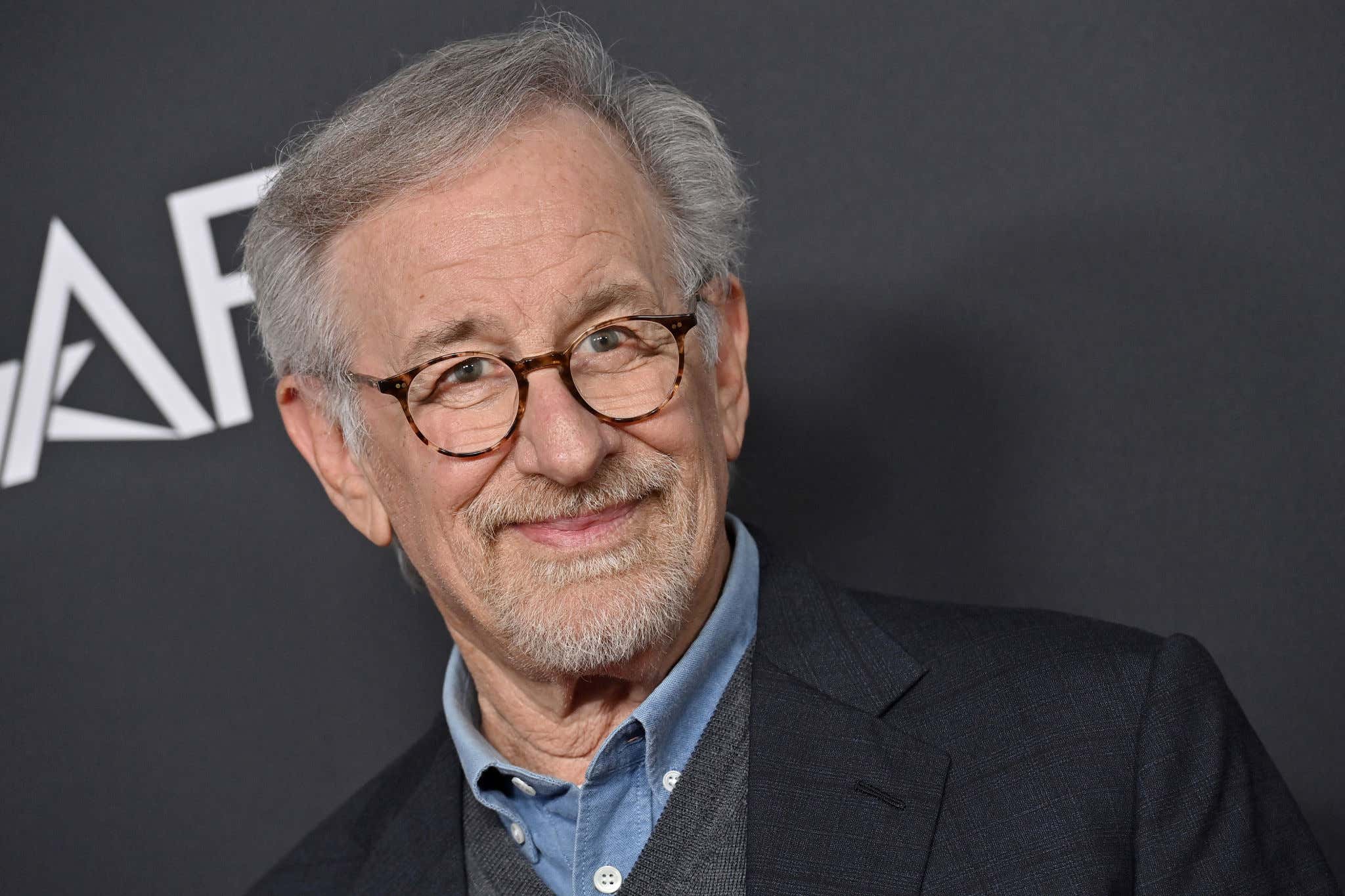 "After a meeting between Steven Spielberg and Warner Bros. Discovery CEO David Zaslav, fans are speculating whether the former is in talks to helm the new Superman movie.

"According to The Hollywood Reporter's Heat Vision newsletter, Spielberg and Zaslav recently met over lunch, which eventually grew to include Christopher Nolan and DC Studios' co-CEO Peter Safran. "On Wednesday, Warner Bros. Discovery chief David Zaslav and Steven Spielberg were having lunch at Warner Bros. commissary. Not a bad power lunch, right?" the newsletter reads. "But then, Christopher Nolan, eating nearby, comes over to hang after his lunch wrapped. AND THEN, new co-head of DC Studios Peter Safran walked in and got to meet the whole gang. (If only our mic in the Cobb salad hadn't shorted out!)"

There's not a ton to go off of here, but just the mere possibility that Steven Spielberg could be directing a superhero movie — never mind a Henry Cavill-led Man of Steel 2? It's damn near impossible not to want to connect all the dots and muster any sort of universal will to make it happen.

Now that DC properties are being overseen by Peter Safran and filmmaker James Gunn, it seems like there's a solid plan in place at Warner Bros amid years of turbulence, indecision, canceled projects and waffling on one of its holy superhero trinity.

Since Black Adam has been out a while now SPOILERS I think I'm in the clear to say Henry Cavill is back as Superman, right? I mean he's come out publicly and discussed it. He appeared in the post-credits scene of that movie as a diplomatic favor from Amanda Waller to try to tame Dwayne Johnson's titular antihero. They're going to square off on the silver screen one of these days. Just a matter of when.

But before that takes place, it seems like DC Studios is prioritizing a Cavill solo film, which he hasn't had since 2013. The Clark Kent/Superman we've seen has shown promise, yet with all the creative cooks in the kitchen of yesteryear, Cavill's character wasn't fleshed out or done full justice as Warner Bros. tossed and turned about Zack Snyder's vision for the interconnected cinematic universe.

Now for the Spielberg side of this: He's been linked to a DC property before. Blackhawk is a comic under the DC banner that follows a bunch of World War II pilots essentially. I feel like Spielberg has had his fill of WWII-set output but hey, seeing how he'd execute something like that in a DC context is intriguing on paper at least. Screenwriter David Koepp spoke to Collider about Blackhawk back in March — obviously prior to DC's leadership overhaul, to be clear — suggesting Spielberg could direct it:

"We have a script that’s very good and we all think it's very good. There were a lot of management changes at Warner Bros, so I think we’ve just been kind of waiting for that to settle down and for them to decide what they want to do with their DC Universe. Obviously I hope he does it or if he doesn’t direct it, I hope he produces it, someone great directs. Because it would be a great deal of fun. I’m very fond of the script and I hope it comes together. But again, that’s one of those movies that’s gonna need $200 million so, trying to get those whales off the beach is a big process."

Here's where I'm starting to think maybe that recent lunch Spielberg had with DC/WB execs and Dark Knight trilogy architect Christopher Nolan might've been for Superman instead. Going for, say, a $200 million budget for something that's never been adapted to the big screen before — even though it's Steven Freaking Spielberg — is gonna be a risky investment. That same budget for a character like Superman, with an actor in the part who many, many fans adore? Hmm…much more feasible, I'd say!

Additionally, just a theory here: Maybe it wasn't a coincidence at the end of Black Adam that the throwback John Williams Superman theme played when Cavill's shadowed silhouette proceeded to enter frame. The legendary composer has insisted he's retiring after the latest Indiana Jones installment. However, the chance to come back to do Superman again with his frequent, iconic collaborator in Spielberg? He'd have a hard time saying no.

In a perfect world, maybe he does a collaboration with Man of Steel composer Hans Zimmer. Can you imagine those two guys cooking up some sort of hybrid, epic score to a freaking Spielberg-shot Superman movie!? SHEESH. I stumbled upon this creation from YouTube and I mean…come on now…

We're nearing the theatrical release of Spielberg's semi-autobiographical film The Fabelmans. To go that personal that late in his career and to put so much of his trademark heart into it, it feels like Spielberg's next project is as unknown as ever. He seems keen on doing things he hasn't done before of late, such as directing the excellent musical adaptation of West Side Story. Other than Batman, there's probably no bigger, more universally recognized superhero than Superman. What a hell of a proposition that could be.

If Safran and Gunn somehow get Spielberg to agree to this, it'd be such a bold, electrifying opening statement to their DC Studios tenure that would really signal a new era in DC — and generate a spark in the franchise that's been missing for quite a while. A Spielberg-helmed Superman pic would be among the most anticipated blockbuster releases of all-time. It's hard to even quantify or envision. Given his emotionally moving, visually dynamic and, I mean, legendary style of storytelling, Spielberg seems like the perfect fit to take on a down-to-Earth Clark Kent navigating the difficulties of his double life, while weaving in familial themes and a deeply personal conflict with a formidable antagonist.

Please somehow make this happen, DC and Warner Bros. Discovery. Do whatever you gotta do to convince Spielberg to take the director's chair!