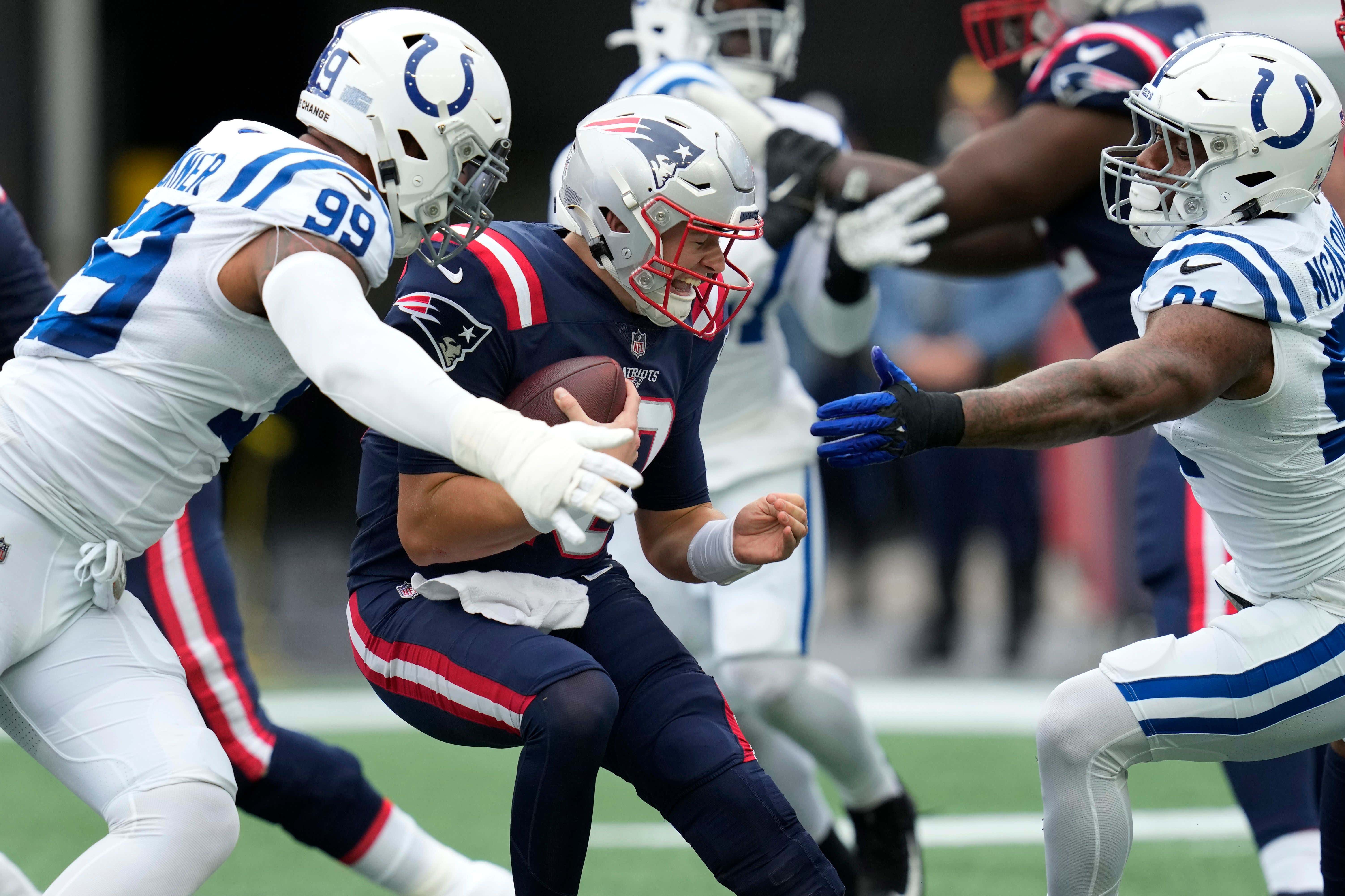 I don't mean to preach to anyone. But today of all days, we need to be reminded that our very way of life is under threat from within. Our institutions have failed us. We can't be sure who to blame. We don't know who to turn to for the truth about what's gone wrong. We are divided as a people. And for the first time in the lives of a lot of us, we feel as though our children face a future where they won't have the same quality of life our parents left to us.

Fortunately, today is a day when we can do something about it. Where our voices can be heard. When we can hold our leaders accountable and demand positive change. It's our sacred duty to save all that we hold dear.

I'm talking of course about the state of the Patriots offense. Which needs to be made great again. For our us, our elderly, our children, and our children's children. The time for silence has long since past. It's time to speak up and be heard.

The numbers speak for themselves, confirming what your eyes and your heart are already telling you. They're 16th in the league in points per game, 26th in yards per game, 24th in gross passing yards per game, 21st in passer rating, 23rd in passing touchdowns.

And while the temptation might be to simply pin it all on Mac Jones - and after six starts he does have just four TD passes, which is just one more than his defense has scored - that is too simple an answer. To me the problem is systemic. And the powers that be need to be sent a message that fundamental changes need to be made in order to restore this franchise to the former glory that made it the envy of the world.

That message couldn't be more clear. It was sent by one of our chief adversaries two days ago:

Source - Following the Patriots 26-3 win over the Colts, multiple offensive players in the Patriots locker room could be overheard talking about Shaquille Leonard calling out their play calls. One Patriots starting offensive player said Leonard occasionally called out what the Patriots were going to do on certain plays, such as outside runs and screen passes.

A four-time All-Pro, Leonard has certainly played a lot of football, but it’d be interesting to know how the linebacker knew what plays were coming. The Colts do have former Patriots cornerback Stephon Gilmore, who spent a lot of time on the Patriots practice field, but that was when Josh McDaniels was the offensive coordinator.

To this point, I've been willing to show patience with the Belichick/Patricia administration. Matt Patricia was tasked with making changes to the business-as-usual approach in Foxboro. And as is so often the case, change was hard. It meets with resistance. And special interests can be invested in maintaining the status quo. I get that.

But this situation is the most damning indictment of our leadership in generations. It is unacceptable. Our enemies knowing our plans was never a problem before. We did it to them all the time, thanks to the best Intelligence Community in the game, headed by Ernie Adams. But we can't have a scenario where our security is so compromised that our opponents can act in advance and thwart our every move the way Indianapolis just did. It makes us look like a third-rate power on the world stage and will just encourage other bad actors to do the same.

If there's good news in this, it's that it didn't cost us. In fact, knowing that either Patricia or Jones have produced some tells that are obvious Shaquille Leonard is calling them out, might be exactly what this offense needs to be restored to it's former status as the dominant force for good in the world. The one thing every army wants is to break the enemy's codes. The second thing they want is for the enemy to know they have their codes. In World War II, after the British cracked the German's Enigma code, they willingly didn't act on some intelligence so as not to tip their hand. Even letting the Luftwaffe bomb the village of Coventry rather than evacuate the civilian population and tip their hand.

The Colts let it be known the Patriots secrets are secrets no more. And with a bye week upon us, that gives Patricia two weeks to solve whatever the problem is. To fix the security leaks. If we're going to be a free and independent playoff power once again, it's crucial they succeed. Otherwise, it's time we end this experiment and remove Patricia from office. The stakes are just that high.

I'm Jerry Thornton, and I approved this message.