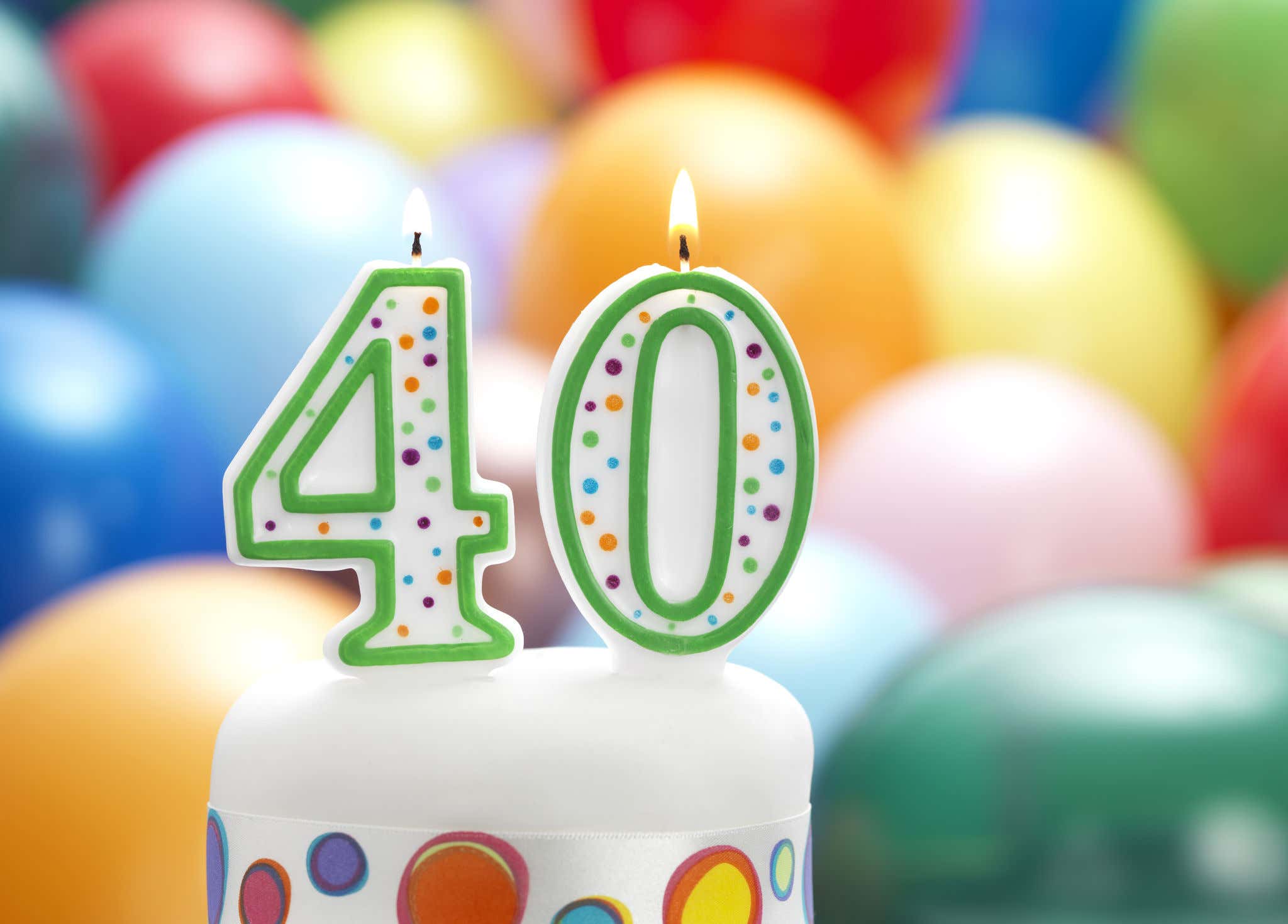 I love a good poll. They're easy to read, easy to digest, and usually full of terrible answers. They're similar to power rankings, which are the foundation of internet blogs, and where most bad takes come from. The hottest new non-political poll on the internet today (meaning I found one article on it), is titled Top 20 Things You Should Experience Before Turning 40.

For some reason this poll was conducted on behalf of an optometrist. I'm not sure why an optometrist would want this poll conducted, but before the results of the poll are listed, the article has this rogue paragraph about eye health.

NY Post - “Optometrists have a unique vantage point into the health of your bodies through your eyes,” continued Dr. Sheety-Pilon. “In fact, eye exams not only help ensure clear vision, but they can also provide early detection of up to 270 health conditions, making now the perfect time to enroll in a vision benefit plan and prioritize both your eye and overall health.”

I don't know if I'm mature enough to take Dr. Sheety-Pilon seriously. That sounds like the name of a doctor from a cartoon show that wouldn't be allowed on the air anymore. Actually now that I think about it, I'm starting to believe that this poll is just an ad. Not that I want to sully the impeccable journalistic reputation of the New York Post.

Okay, onto the poll. I'm anxious to see what this optometrist says I need to accomplish within the next 10 years. But more importantly, I'm looking forward to seeing what answers are really stupid. This optometrist had 2000 random people from evenly distributed generations. I'm not really sure what the percentages mean.

I can already tell this poll ad is going to upset me. 'Have a stable job' shouldn't have been an option. No shit you should have a stable job by the time you're 40. Does that 29% mean only 29% of people think that's important? Seems like it should be 100%.

Also should be significantly higher. There's maybe 3 cities where you can even function without having a car. I'm starting to think I just don't understand this poll. Maybe the poll takers could only pick a few things from a list or something. Whatever, the percentage doesn't matter anyways.

Ok, this is definitely just an ad. I might bail on this. If this blog gets published it'll be a miracle. Going to the doctor more often isn't even an experience. It's just basic self-care. I'm not even going to bother referencing the percentages anymore.

These are all so vague. I was really hoping for a list of specific things that would be fun to do. Like ride in a hot air balloon, or take an African safari. I guess this is what I get for starting a blog before reading the article.

I'm definitely not on track to do that. Homes are expensive and I'm bad with my money. I understand that purchasing property is a good investment, but you have to have a base built up first. I pay rent once a month, and I sleep indoors every night. I'm doing just fine.

This list is so god damn boring. Yeah, sure I'll start a family. It probably won't be up to me anyways.

Half of the people surveyed were probably women, so this makes sense. Sorry, that's a terrible and outdated joke.

Volunteer at a soup kitchen, hospital, or senior citizens home (22%)

I'm not going to be cynical about this. Volunteering is a very good thing to do, and everyone should do it at some point in their life. I've volunteered plenty, but never without someone making me (school, sports teams, work, judges, etc.)

I prefer to give my money directly to homeless people. I like to see my charitable contributions go straight to the source. I don't know what The Red Cross does with my money. They could be lining their own pockets for all I know. I do know that if I give $5 to a crack head on 7th Ave, then he's going to buy crack, and have an enjoyable 10 minutes of their day. That makes me feel better about myself.

The only "hobby" I had was writing blogs for no one to read, but now that's my job. I genuinely don't have a single hobby. Unless drinking and watching TV count. I don't even play video games. I used to golf but not anymore. Damn, I really need a hobby.

I never thought I had a fear of public speaking until I started working at Barstool. Now it makes me sort of nervous. I was always fine giving presentations when I was younger. I gave a speech to my whole school when I ran for Student Council Vice President in 6th grade. I promised to "bring football back" (we had it banned from recess the year before). I never followed through on my promise.

Alright let's settle down a bit. Very few people actually own a real business. Do you know how much goes into owning a business? LLC? Taxes? No thank you.

These were the type of terrible ideas I was hoping to find when I opened this poll. Seeing the ball drop in Times Square is universally recognized as the worst possible thing you can do. You're stuck shoulder to shoulder in an insane crowd of people, there's no refreshments, there's no bathrooms so there's piss and shit everywhere. I wouldn't go watch the ball drop in Times Square if you paid me $1000. I would need at least $1500. I have a home to one day buy!

Stupid. Shouldn't be on the list. I'm not going to talk about the pros and cons of going through a break-up. This poll isn't about relationships. It's about optometry.

I'm a huge proponent of going out by yourself. I love it. Especially in a bigger city where people don't know you. You can't really do it if you live in a small town, but I've always loved doing things by myself. Sometimes when I go out by myself, I put on a pair of fake glasses, and I cosplay as a guy who wears glasses. The glasses spice things up a bit, and make you less recognizable in case you do run into someone you know.

Learn at least one new language (16%)

Who did this poll, my former Spanish teacher Señora Craig? Learning a new language is something you have to have done by the time you're finished with high school, or else it's not happening. The only way to learn a new language after 18 is to drop yourself in the middle of a different country, and go full immersion. Then it turns into a survival thing. Is there a product in the world that has a lower success rate than the Rosetta Stone? Maybe Suboxone.

Brother I grew up an hour away from Cedar Point, America's Rockin' Roller Coast. The Millennium, Raptor, Maverick, Mean Streak, Blue Streak, Top Thrill Dragster. I've rode them all, and have never cried.

Now I'm getting upset that this list is almost over. It's just starting to get good. This is the exact type of bullshit I was hoping for. Not whatever that garbage in the top half was. What a dumb poll. It couldn't even get being a dumb poll right. I've never been to an optometrist, and I absolutely won't be going to one any time soon.

I did this once for a class in 7th grade. We had to write a letter to our future selves. After our Senior year, the teacher mailed them back to us. In the letter, I told myself that I better be going to the University of North Carolina. I was going to Bowling Green State University, 5 minutes away from my high school. That letter ruined my day.

Have a romantic dinner at the Eiffel Tower (14%)

This seems like a long shot, but I'm going to bet on myself and say that I will have a romantic dinner at the Eiffel Tower by the time I'm 40. I've never been to Europe, but I have 10 more years to make it there. I'm sure I could convince my girlfriend to go. If not, I can take a hooker.

NY Post - “Eye health can affect so many aspects of our lives from work to school and all of those special moments in between, because so much of how we interact with the world is visual,” said Dr. Valerie Sheety-Pilon, vice president of clinical and medical affairs at VSP Vision. “Receiving an annual eye exam is a simple yet powerful way to make sure you enjoy all of life’s great moments.”

Don't get your eyes checked, optometry is a scam.