Tom Segura and Bert Kreischer are best buds. And as best buds do, they always get each other wonderful birthday presents. It started recently, but they spend more and more on each other each bday until they hit a million dollars. So it's gone from e-bike to Jet Ski to a private jet flight. So with Kreischer's birthday earlier this week, Segura had to get him something pricey. And boy did he! 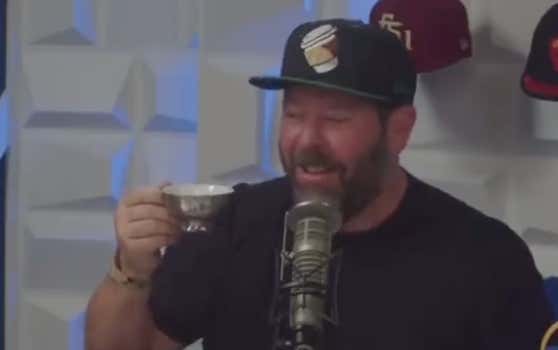 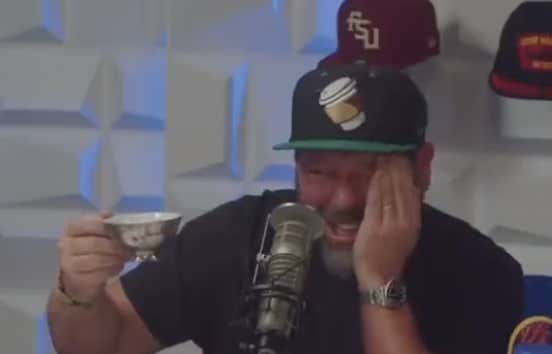 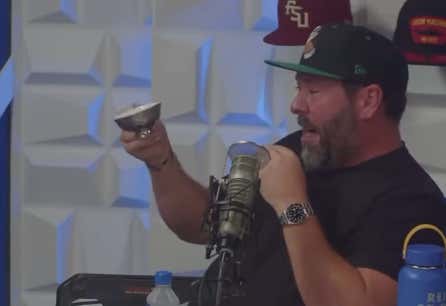 What do you even do when you're holding Hitler's tea cup?? The first instinct would be to smash it. It's just such a preposterous thing to own. You can't use it…imagine sharing a tea cup with Hitler? Drinking your morning chai tea out of the same cup as the H-man? Insane.

You can't display it because then it looks like you're proud of it. You really don't want it in your possession at all…but Tom paid $22,000 for it. Just insanity lol. When he screeches "you're making me hold Nazi memorabilia" you can feel every thought coming out of him all at once. It's just the most insane situation to be in. I didn't even know you could buy Hitler artifacts. I thought that was illegal or something. I guess that's why he had to pay cash for it. I'll say it again, just preposterous.

PS: This is the perfect example of how great comedians can make anything funny. "Put it up to your lips". So good.