It's a sad day in Rangerstown.

After a Sunday meltdown against the Red Wings where Gerard Gallant dropped 52-goal scorer Chris Kreider to 4th line duties, it seems the separation of the deepest love affair in the league is gonna stick. How long remains to be seen but Mika Zibanejad and Krieds will be looking at each other from afar against the Isles tonight at MSG. Taking his place on Mika's wing will be Artemi Panarin, while CK20 skates on the third line with Chytil & assumedly Kravtsov in the coach's attempt to spark his squad.

My heart is broken.

After the Detroit debacle, Gallant said "he deserved to be where he's at" then later followed it up with "I want everybody to be better, not just Chris Kreider". Now there's absolutely more to hockey than offense, but it's an interesting maneuver when Kreider & Zibanejad are literally the best duo in the league in terms of quality chances. Per MoneyPuck.com: 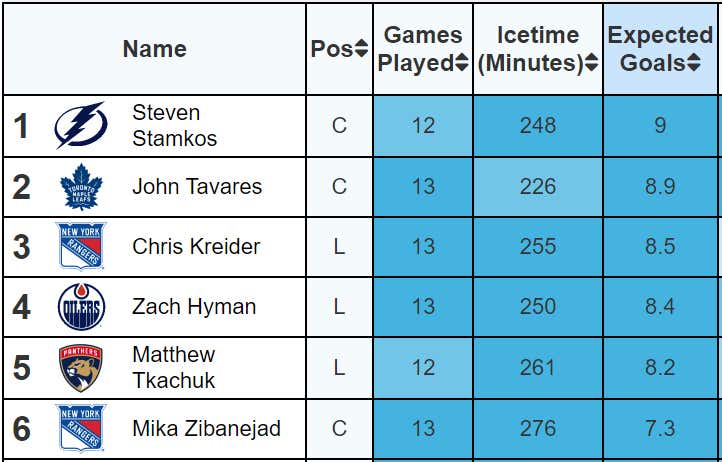 Kreider's been snakebitten, sure - but when your top line is sporting a hearty 66% expected goals number it makes sense to take a step back and look at the bigger picture as to why #20 has been made the scapegoat. Sunday's performance wasn't his best but you could say that about a lot of Rangers. The team overall though has been very inconsistent to start the year and punting a 2-0 home lead against a team on the back end of a B2B despite Halak's best effort as a Blueshirt is their rock bottom. Gallant wants to right the ship immediately and what better way to put your entire team on notice than to single out a leader who's donned their sweater for a decade? Shuffling the bottom six or bumping a youngster is almost expected. A 50+ lamp lighter getting a demotion is a record-scratcher that steals everyone's attention.

Every teammate in that room knows it's not all on Kreider. No one wants him punished & seeing him separated from his BFF has gotta be tugging on a few heart strings. Gallant knows that, and while I'm sure he's not picking on him out of the blue he most certainly knows the boys will take responsibility & rally around the lifelong Ranger who carried their offense all last year. He's expecting his squad to snap out of it and go on a run similar to exactly this time a year ago.

The Blueshirts are 6-4-3. At this point last season they sat 7-3-3 but had just come off two awful tilts. First it was an absolute collapse against McJesus & the Oilers, ceding a late 4-1 lead & losing in overtime. The next night Calgary absolutely pumped Shesterkin 6-0. What happened after that? The Blueshirts went on an 11-1 run and never looked back. Their head coach is looking to press a button that can light that same fire under his squad. It's only November, sure. November doesn't define a team. Still, if they wanna expand on last year's success it's imperative for Gallant to hold his group to a higher standard and ensure there's no room for complacency. Making an example of Kreider should accomplish exactly that & I'm expecting a huge response in tonight's rivalry matchup.

They'll still have visitation rights on the power play & any potential OT but Kreider and Zibanejad not bound to each other full-time is just not right. Why? Because I believe in love. So not only for the sake of the team, these Rangers need to get their act together real quick for the sake of love and make sure it's only a matter of time before the besties are back together. Then all will once again be right in the world. 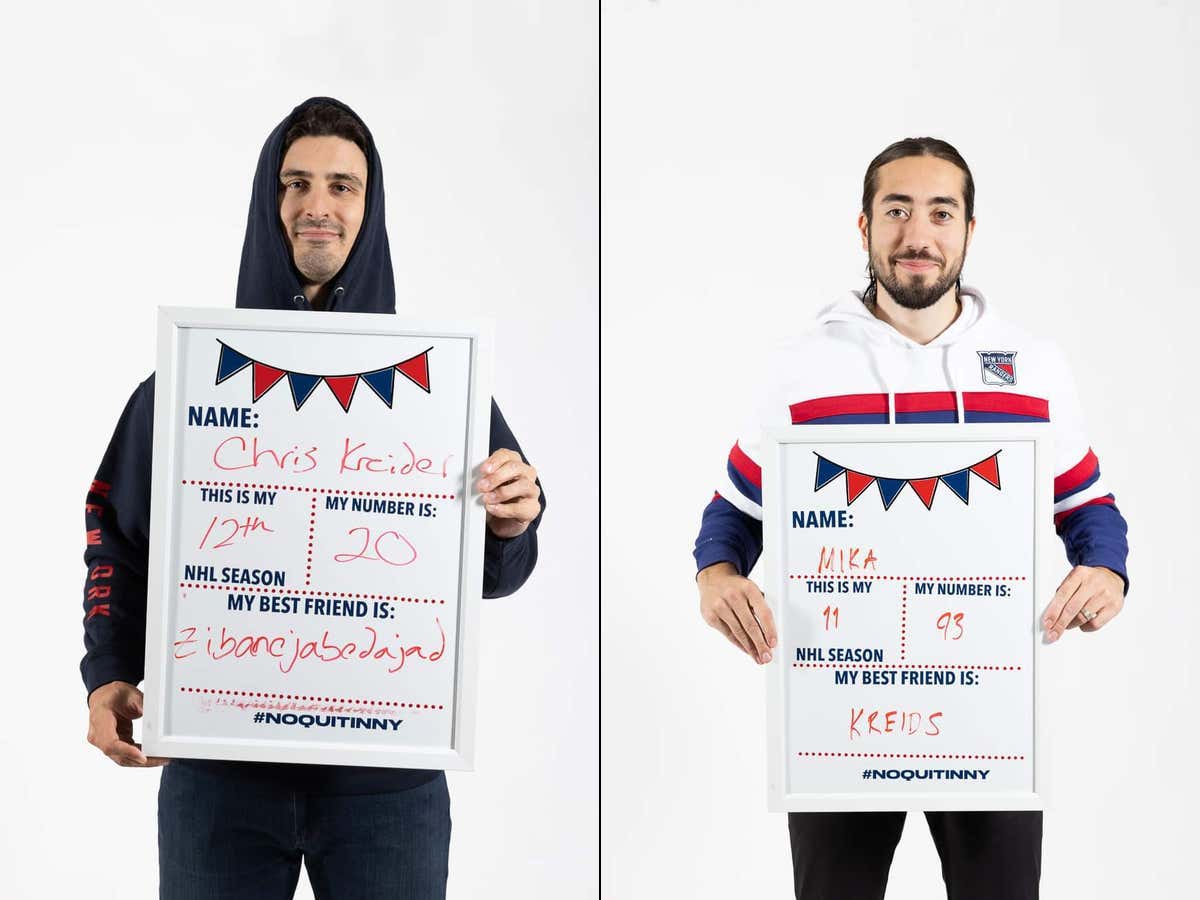