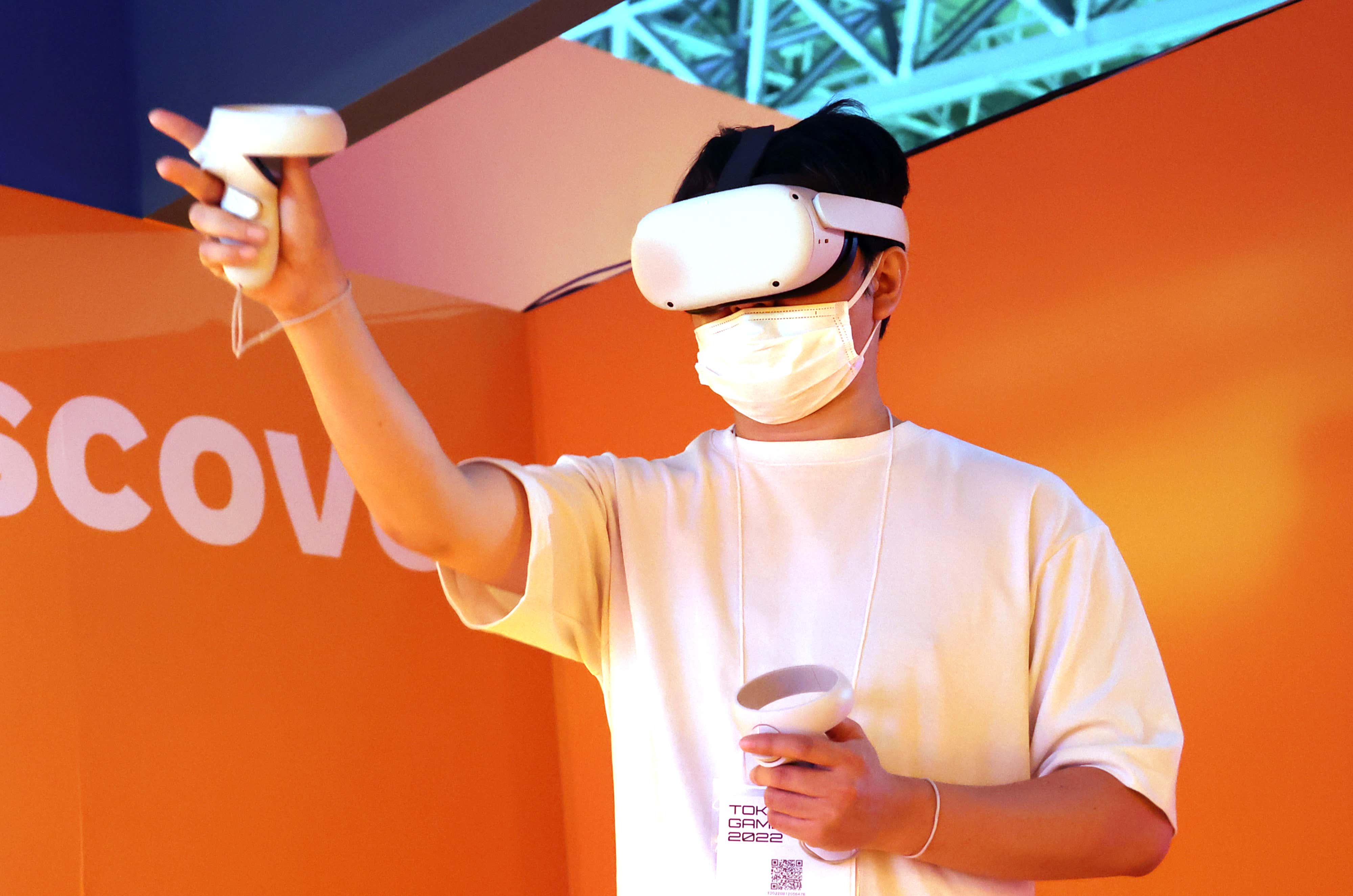 NY Post-  The first ever killer virtual reality headset is here. Palmer Luckey, a leader in virtual reality and the founder of Oculus, better known now as a part of Facebook’s Meta, created a VR headset that will actually kill the user if they die in the game, Vice’s Motherboard reported.

This is a very dumb and scary story that I'm not sure deserves any attention. The man in this article is named Palmer Lucky (which literally translates to Hand Job). He is the founder of Oculus, which is the virtual reality gaming system where you put those big goggles on your head, then look really stupid playing it for about 20 minutes until you're over it.

But apparently this Hand Job guy found a way to spice things up with this seemingly bad idea.

Ok, I'm probably being a little harsh or at least a little negative about the concept of a video game that murders you. I guess I can see how it would be kind of cool an a morbid, thrill-seeking sort of way. The game is called Sword Art Online. Apparently this whole idea stems from an anime show (if it's not anime I apologize, it looks like anime to me), where a mad gamer-scientist traps a whole bunch of people inside the video game and their only way out is through beating the game. If the players fail to beat the game, their heads explode.

Now that's a real thing. If someone puts this game on their head, and fails to complete it before running out of lives, their headset microwaves their head until it explodes.

The device is connected to three explosive charge modules above the screen that are aimed at the players forehead. Should the player die in the game, the microwave emitter would go off, obliterating the human’s head. - NY Post

“When an appropriate game-over screen is displayed, the charges fire, instantly destroying the brain of the user,” Luckey wrote on his blog on Monday.

At minimum I think we need eyes on Hand Job at all times. Not only is he the founder of Oculus, he is also the founder of Anduril, which is a weapons contractor who has multiple large contracts with the United States Government. This guy might be a problem. He's obviously intrigued by the idea of a video game that kills people, which I have conceded is kind of cool, as it is a tribute to a piece of anime history (or something like that).

This just seems like it could be a slippery slope. Clearly this man has plenty of time on his hands. If he's going to put forth to effort to create this video game that will never be played, what else is he capable of? He says he created this game in secret, hiding it from his employees, regulators, and contract manufacturers (like a literal mad scientist). You just know that he's going to get bored again soon, and make something crazier. I mean, look at this quote.

“At this point, it is just a piece of office art, a thought-provoking reminder of unexplored avenues in game design,” Luckey said. “It is also, as far as I know, the first non-fiction example of a VR device that can actually kill the user. It won’t be the last.”

The creator said he wants to keep playing around with the technology used in killer headsets, mentioning the idea of an anti-tampering one that wouldn’t be able to be removed or destroyed.

What's the need for an anti-tampering one? So just in case a kid puts it on, there's nothing anybody can do to save his life? Are we teaching him a lesson? This man is way too smart to have such a weird video game murder fetish.

But damn…. that would be a fucking thrill though wouldn't it? See! That right there is the problem. It would be an incredible thrill. I'm starting to be tempted by it. We're going to start having these underground Russian Roulette-in-the-basement type games where everyone puts their life savings in a pot, and then the winners split the money of the people who get their brains blown out. I would try that if I was down bad enough.

Ok, I'm starting to come around on the idea a little bit. But again, that's the problem. This man is dangerous. We need eyes on Hand Job.