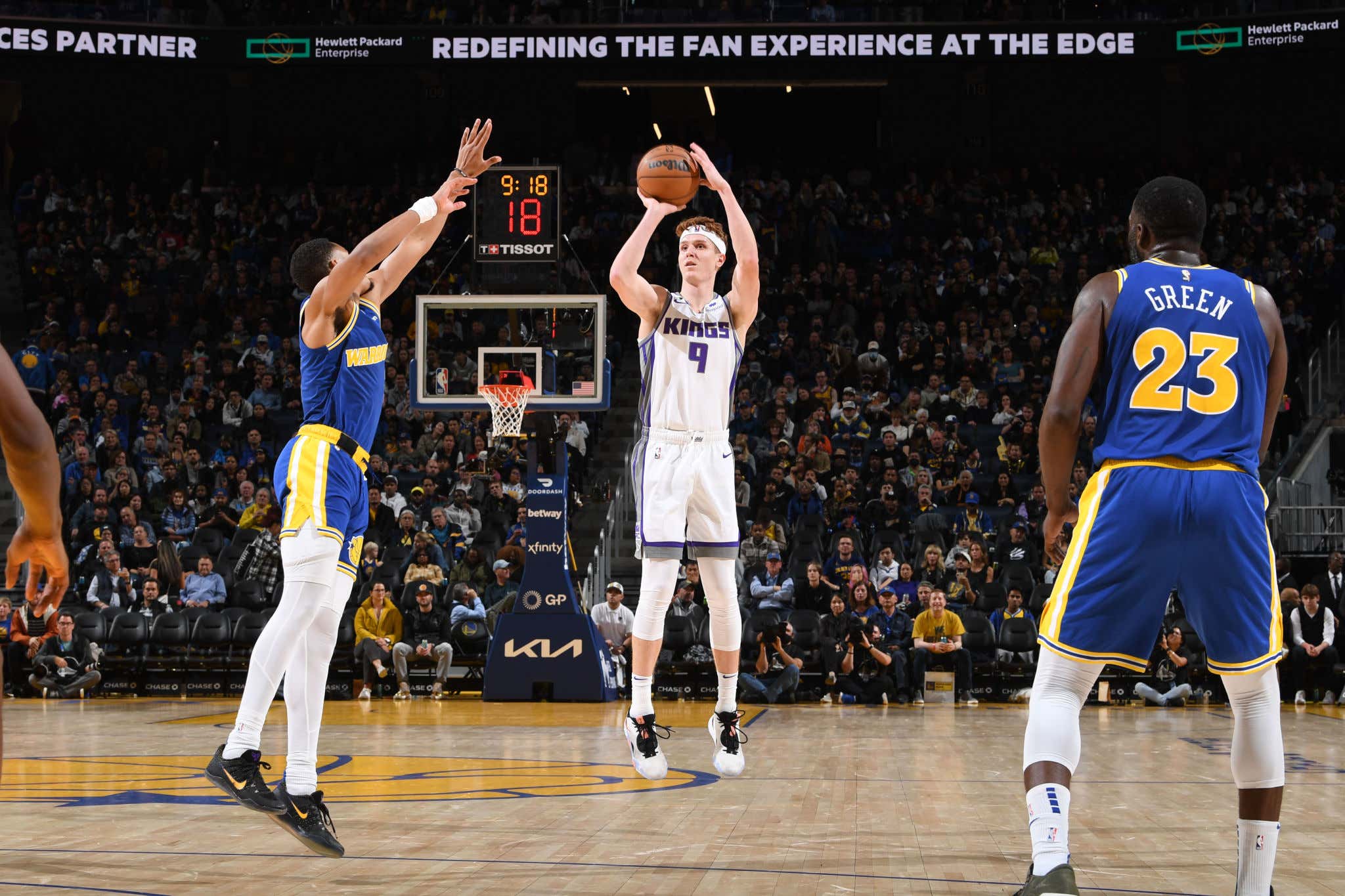 Serious question. What did the Sacramento Kings do to NBA officials? What is it, because something clearly happened. It dates back to the WCFs against the Lakers back in 2001-02 when David Stern most definitely pulled some bullshit and basically robbed that Kings team of a title.

I don't mean to rehash any old wounds of any Kings fan that might be reading this blog, but I feel like the Kings get boned way more than normal when it comes to these types of situations. Maybe that's because this moment from Tyler Herro is fresh in my brain.

The NBA admitted the next day that Herro did in fact travel, so that's great.

Once again here they were, this time facing the darling of the league only to see them get bailed out by some horrific officiating bullshit. Hey Adam Silver, are you ready to address your issue here? The results of games are being impacted by what is going on with your officials. OK cool, the L2M report will show that this was a foul and that the Kings got boned. How does that help the reality of the situation? You're not taking a win away from GS. You're not holding the official accountable for that blatant miss. Unless this is all some sort of ploy to get Victor Wembanyama to the Kings, it's hard to argue they haven't been on the short of end this shit way too much this season.

In terms of the actual play, I'm not sure how you could argue that wasn't a foul. I'm sure Warriors faithful will, but deep in their hearts they know the truth. Klay fouled in multiple ways on that possession. If the roles had been reversed, every Warriors fan that thinks that wasn't a foul would be screaming for a foul. I guess that's sports, but it's true. We know how Kevin Huerter feels.

My guess is the NBA could try and say that was one of those "high five" shot contests that aren't actually fouls, the only issue is there's a bunch of contact even before the shot contest. I feel for the Kings man, the team and their fans have suffered enough. Shit has been hard for them these last 16 years you don't need to keep robbing them of potential wins like this. They do deserve a fair share of the blame considering they were up 8 with 6 minutes left and 5 with 2:54 left, but even still. The Warriors have enough, they don't need to continue to get bailed out like this. If they fall to 3-8, so be it.

Naturally, the fact that this all happened in the Warriors arena only adds to the fuckery. Talk about some homecourt cooking.

Seriously though, on behalf of Kings fans, I am begging the NBA to stop picking on them. If they're going to lose, at least let them be the ones who decide that. To have two games impacted with missed calls at the final buzzer in the span of 4 days seems a little extreme. As we know though, Adam Silver doesn't give a shit. This is not a new problem, the league just doesn't care.

Instead, they are more about calling carries and travels this season. That makes sense. That's what the people want.